Washington, DC (UroToday.com) In the Thursday afternoon session of the Society of Urologic Oncology’s Annual Meeting Plenary, Dr. Cheryl Lee led a session examining Transurethral Resection of Bladder Tumor (TURBT) quality. She began by outlining the rationale for considering this question and laid out a number of key reasons:

This unique session then moved on to review a video of TURBT from three different surgeons performing TURBT. Dr. Lee laid out the rationale for undertaking a video review to measure and improve surgical skills. 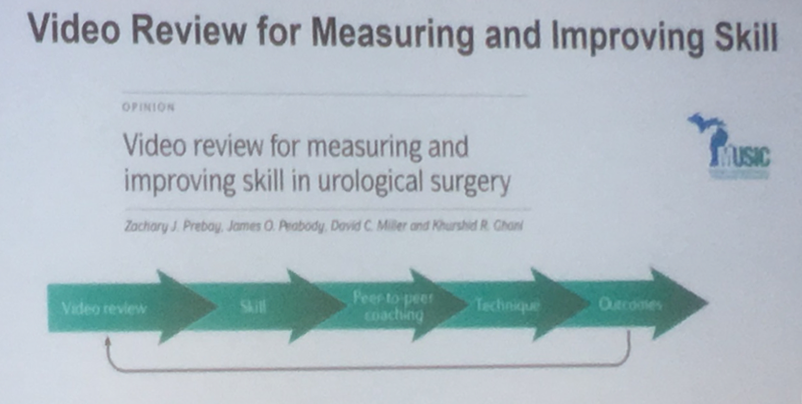 Using the Test Objective Competency (TOCO) TURBT tool, two experts and the audience were asked to assess each TURBT according to the following three questions:

The audience then reviewed three surgical videos which allowed appreciation of different aspects of TURBT technique:

Following an expert review of these videos, Dr. James Peabody moved on to facilitate a discussion of the technical aspects of TURBT.

His first question was: when should we perform re-resection? Unanimously, the group said that this should be performed in all patients with T1 disease, with a particular focus for those without muscle in the original specimen. However, there are both prognostic and therapeutic benefits according to panel members to perform this in all cases. The panel members suggested re-resection should be performed between 4-6 weeks following initial TURBT.

Discussing approaches to specimen management, the group suggested that in the case of large or bulky tumors, there was a benefit to sending separate deep specimens. In other cases, they suggested that a single specimen was reasonable. Similarly, there was a consensus that random biopsies were unnecessary if Cysview cystoscopy was undertaken.

For patients in who resection of the ureteral orifice was required, the panel was again unanimous that stenting was not required. Similarly, the panel members preferred bipolar to monopolar current, despite minimal objective evidence of benefit.