Washington, DC (UroToday.com) Non-muscle invasive bladder cancer (NMIBC) has high rates of recurrence and low risk of progression. However, the natural history of NMIBC is heterogeneous, with significant variation depending on stage and grade at diagnosis. Currently, available risk calculators provide broad estimates of any recurrence and progression to muscle-invasive disease but are not able to predict the stage and grade of the recurrence. Understanding the patterns of recurrence on a more granular level may enable risk-stratified NMIBC treatment and surveillance. At the 20th Annual Meeting of the Society of Urologic Oncology, during the Young Urologic Oncologists Podium Session, Dr. Tullika Garg presented her study titled Risk of Multiple Levels of Recurrence and Progression after Initial Diagnosis of Non-Muscle Invasive Bladder Cancer in a Multi-Site, Community-Based Cohort. The study aimed to predict the risk of multiple levels of recurrence and progression outcomes across the NMIBC stage and grade in a large cohort from two community-based health systems- Geisinger and Kaiser Permanente Northwest (KPNW). 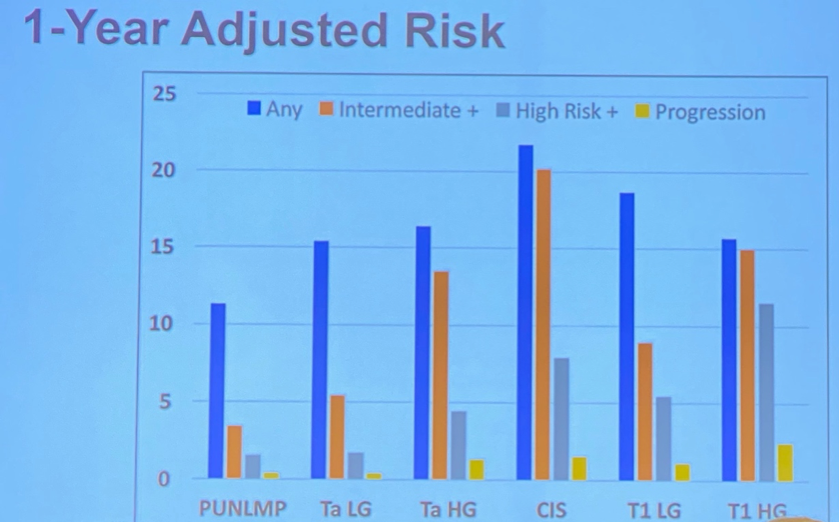 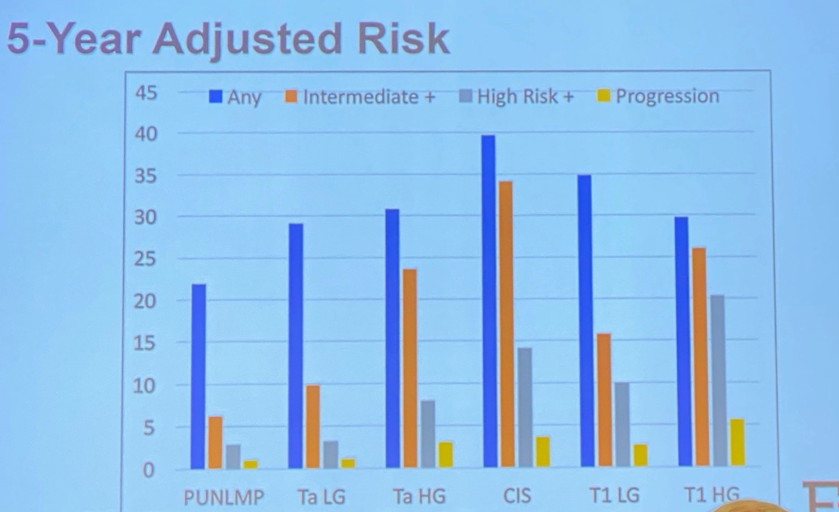 Lastly, Dr. Garg presented the conclusion of this large study of NMIBC patients from two community-based health systems. This is one of the largest existing series of long-term PUNLMP outcomes. 1- and 5- year predicted risk of high-risk recurrences (T1 high grade) and progression to muscle-invasive disease increased with higher composite stage and grade at diagnosis. The predicted risks of multilevel NMIBC recurrence and progression outcomes may be useful for counseling patients and for designing risk-stratified surveillance schedules.