(UroToday.com) Dr Tamara Bavendam was given the SUFU Lifetime Achievement award in recognition of an outstanding career in urology.  She had previously received SUFU’s Distinguished Service award. In accepting the reward, Dr. Bavendam reflected on what she termed “my unusual career”. 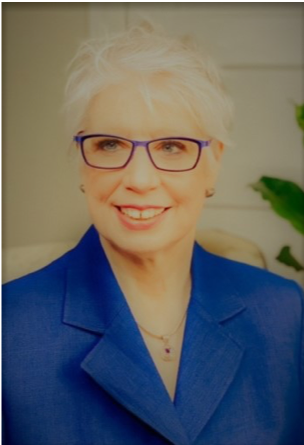 She felt her childhood in Iowa honed lifelong skills as a keen observer and listener that loved solving problems and puzzles, ideal skills for specializing in women’s urologic health.  She began her career in medical school where she became fascinated with the bladder and decided to become a urologist. Residency lead her to “female” urology which was influenced by her own experience with vaginal childbirth. She completed a fellowship in female urology in Los Angeles and moved to Seattle and private practice which she felt were the most formative years of her career. There she learned the importance of physical therapy in rehabbing the pelvic floor.  A turning point for her was discovering a quote in a urology textbook that described the therapeutic value of hurting women with “irritable bladder syndrome” of manipulative nature. So she decided to change her approach with women by partnering with them to break their complex problems down into pieces.

She eventually joined the faculty at the University of Washington. She realized her vision for multidisciplinary care for women when she moved to the east coast for a position at Women’s Medical College in Philadelphia, a part of the Allegheny Health System. She was able to create a Center for Women’s Health but with system bankruptcy, volume was expected and quality of care was a distant second. Dr Bavendam was not willing to compromise how she delivered care so she moved to a Medical Director position at Pfizer in New York.  There she was able to lead novel clinical trials including evaluating the female partner perspective for PD5 inhibitors prescribed to men; evaluating the efficacy and safety of an antimuscarinic in primary care, in men, and in the vulnerable elderly.

In this role, Dr Bavendam learned the importance of clear concise communication and tailoring the message for the audience. She was able to create a state-of-the-art, multi-platform patient education program, Your Way, for overactive bladder (OAB). For the past 8 years, Dr Bavendam has been a Program Officer at NIDDK where she has been able to achieve support and funding for the prevention of LUTS and defining a “healthy bladder” in women across the lifespan. She was also able to establish a broader context for developing research questions to facilitate the NIDDK goal of interdisciplinary research. A goal was to coordinate expected collaborations by creating Collaborating for the Advancement of Interdisciplinary Research in Benign Urology (CAIRIBU) with a fully funded CAIRIBU Interactions Core. She has now retired from NIH, relocated to Nashville and is planning her next chapter.