To do so, the authors performed a baseline PyL whole-body PET/CT (PET1) for patients with newly diagnosed high-risk prostate cancer. Patients then received neoadjuvant docetaxel and androgen deprivation therapy. The patient then underwent a second PET/CT (PET2) followed by a radical prostatectomy. Patients underwent a third PET/CT (PET3) at one year following prostatectomy or earlier if PSA progression criteria were met.

Each PSMA-PET/CT was evaluated by independent-reader central review by two readers with third-reader adjudication. Sites of suspected PET-positive metastatic disease were evaluated by a 5-point scale, anatomic region (pelvic nodal [LN], extrapelvic LN, and bone), and maximum standardized update value (SUVmax). Scores of 3 or greater on a 5-point scale were considered positive. The authors further considered the interval SUVmax (iSUV) change between each time point and operationalized this as absolute and percent change for the highest SUVmax intra-patient metastasis (hottest lesion) and a max of 5 lesions per region (tumor burden).

Among the 16 patients with recurrent disease, 12 presented with metastatic disease on initial exam, of whom 10 subsequently exhibited early PSA progression post-prostatectomy.

Patients with bone and extrapelvic LN metastases have worse outcomes with evidence of early post-prostatectomy progression in four of 5 with bony disease and seven of seven with extrapelvic lymphadenopathy. Further, all eight patients with more than three pelvic lymph nodes on baseline PSMA-PET/CT had early post-prostatectomy progression. In terms of disease pattern, no new sites of metastatic disease were seen on PET2 or PET3, and all patients progressed at the sites of initially identified metastases on PET1. Among the 10 patients who had no evidence of metastatic disease on baseline scan (PET1), eight had durable PSA response to therapy.

The authors further found that the distribution of disease was significantly associated with the meantime to progression, in particular with an increased risk of progression among those with extrapelvic lymph node metastasis (HR 3.85, p=0.04; compared to no extrapelvic lymph node metastasis) and polymetastatic pelvic disease (HR 1.95, p=0.03; compared to oligometastatic pelvic nodal disease). 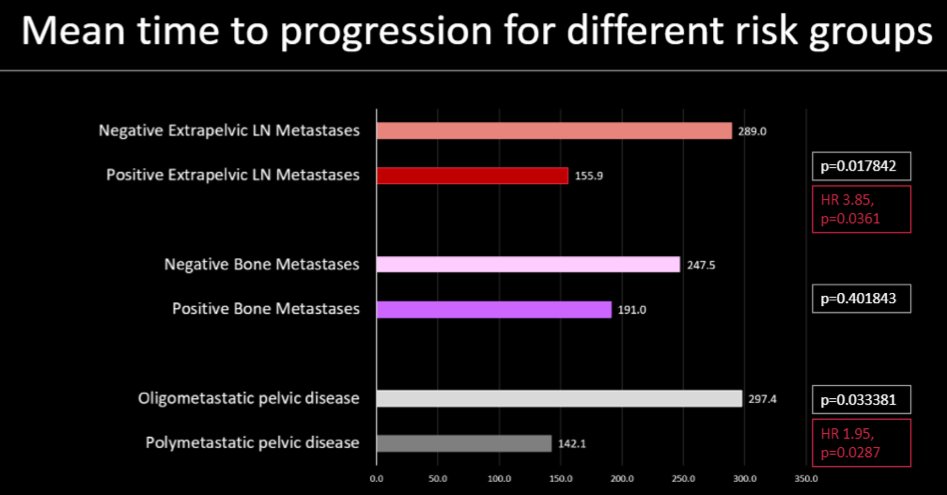 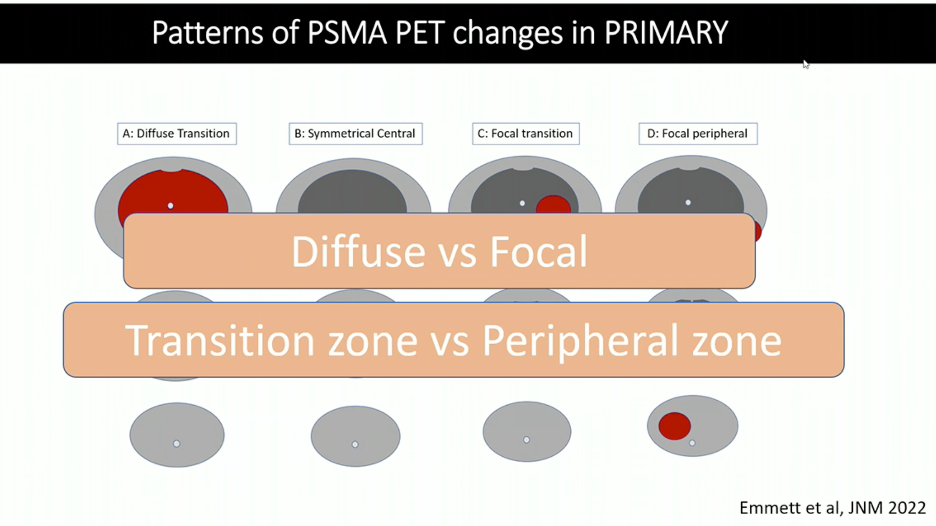 Additionally, SUVmax of the “hottest” or most avid lesion was inversely associated with time to progression (r =-0.48). 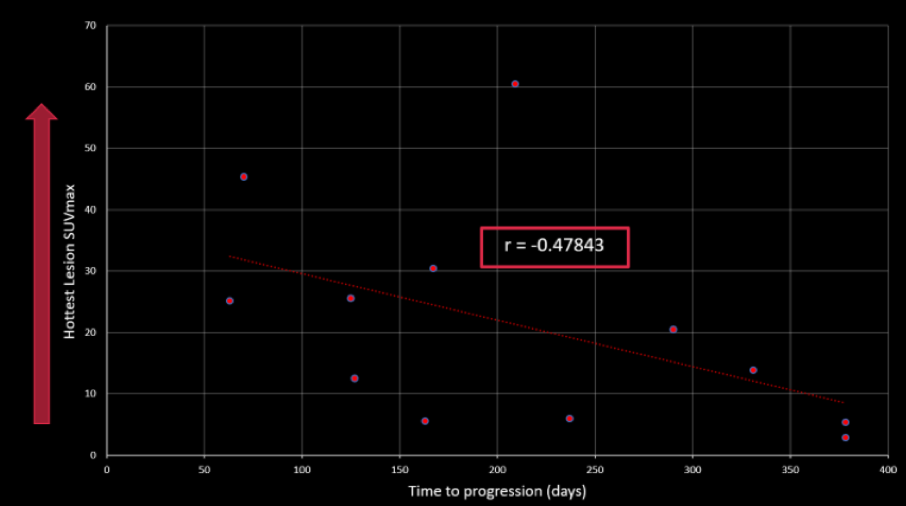 Thus, the authors concluded that results of initial staging with DCFPyL PET/CT prior to neoadjuvant chemohormonal therapy and radical prostatectomy for high-risk prostate cancer were prognostic for post-prostatectomy progression. In particular, detection of more than three intrapelvic lymphadenopathies, any extrapelvic lymphadenopathy, or bone metastases in patients was associated with early progression following radical prostatectomy. Interestingly, at the time of progression, no new sites of PET-positive metastatic disease were found at the time of progression but rather, there was progression at the same sites. Additionally, the PSMA avidity of the hottest lesion was associated with the time to progression.