Athens, Greece (Urotoday.com) Dr. Laurence Klotz presented on how to reduce scientific error and ensuring innovation. The history of science is a history of irresponsible dreams, obstinacy, and error. But science is one of the very few human activities – perhaps the only one – in which errors are systematically criticized and often corrected. In science, we often learn from our mistakes and can speak clearly and sensibly about making progress.1

The scientific error may occur in the execution or analysis of an experiment. There are several types, which include:

It is important, especially in medical science, to mention the missing subgroup effect. At times, the effect of a drug or intervention may be seen only when applying it to a specific group of patients. Sometimes it is not easy to identify this important subgroup where the researched intervention has the greatest effect.

It is also important to be aware of false conclusions. Studies dubbed as statistically significant and statistically non-significant may not be necessarily contradictory.  Such designations may cause genuine effects to be dismissed.

Other important types of manipulating data to achieve a p-value of less than 0.05 include:

The important steps in the scientific method that should be adhered to include:

Figure 1 - The relationship between the p-value threshold, power, and the false positive rate 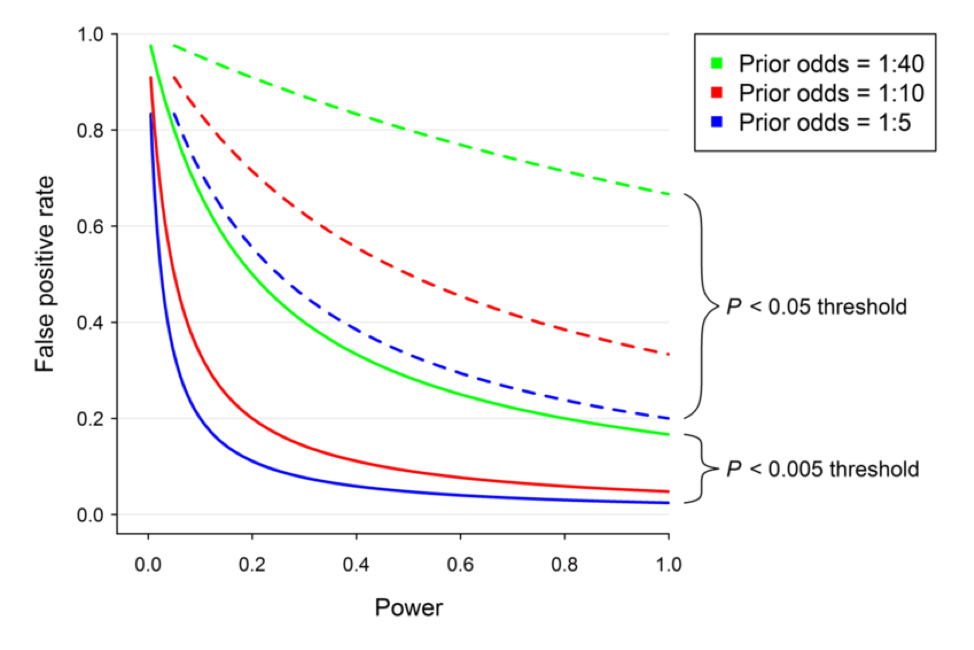 The problem with a lot of scientific research data today is that there are no attempts to reproduce the data. In one survey  - 55% of researchers tried and failed to reproduce published results,3 with less than 30% of them publishing their failure, and 44% of them reporting difficulty in publishing their contradictory results. Unfortunately, to date, there is no mechanism that exists to confirm reproducibility, and this is a serious problem. Part of this is the low incentive that exists to replicate research.

Dr. Klotz suggested a solution to this which has been gaining momentum. This is the reproducibility project. Its goal is to identify key studies in the literature and reproduce them. The top 50 cited cancer biology studies from 2010-2012 have been chosen to be reproduced in a rapid and cost-effective manner, by expert independent labs. A budget of 1.3 million dollars has been allocated to this. Labs from 400+ research institutions with 75 of the top 100 US research universities have been involved in this project. So far, they have reported a replication effort success for two out of every five cancer papers.4

In the urology field, the Movemeber Foundation for Prostate Cancer has supported a pilot study to assess the reproducibility of research findings with implications for prostate cancer patients, aiming to replicate four major landmark studies.

Concluding his talk, Dr. Klotz summarized how to reduce scientific error in the future: