The currently available prognostic biomarkers include:

According to the EAU guidelines, the results of prospective multicenter studies are awaited before a recommendation can be made regarding the routine application of currently available prognostic biomarkers. This means more evidence is required before these biomarkers can be used in a standardized manner.

The first biomarker discussed was the Oncotype DX (GPS) which has been developed to better understand multiple key biology pathways, and thus improve the prognosis of outcomes. It assesses 12 genes in 4 distinct biological pathways – specific to prostate cancer (Figure 1). The GPS result is a measure of 17 gene expression levels with a score of 0-100. The GPS biomarker adds independent information beyond conventional tools, predicting adverse pathology and biochemical recurrence, after adjusting for clinical risk factors.1 The cost-effectiveness of this biomarker has been performed showing significant savings with its usage.

Prolaris (Myriad, Inc) is a biomarker-based on 31-gene cell cycle progression (CCP) signature, normalized to 15 housekeeper genes. It used on prostate biopsy tissue (formalin-fixed) and the score is expressed as average center expression of CCP genes relative to housekeeping genes. This means that a negative score = less active CCP, and a positive score = more active CCP.

It has been assessed in prostate cancer-specific death,2 biochemical recurrence (BCR),2,3 and decision making for choice of treatment.4,5

Budget impact analyses showed that the test would add about 41.3 million dollars to provincial health costs over the next 5 years. The relatively small cost savings (7.3 million dollars) due to treatment change was deemed not large enough to offset the high cost of this test.

Decipher was originally developed to predict the risk of metastases. This test does not incorporate any clinical features in predicting individualized risk. It is indicated for patients after radical prostatectomy with adverse pathology features, such as pathological stage T3 or positive margins or biochemical recurrence. It provides an absolute risk of metastases 5 years post-surgery. It is a prognostic 22-gene genomic classifier (GC) that captures multiple biological pathways involved in aggressive prostate cancer. These include cell proliferation, cell structure, immune system modulation, cell cycle progression, and androgen signaling.6

Decipher GC has been shown to independently predict metastasis and PC-specific mortality in men at high risk of recurrence following radical prostatectomy (RP).7,8

Decipher has also been shown to reclassify 80% of patients reflecting the biological heterogeneity of high-risk prostate cancer7 (Figure 2). It has an AUC 0f 0.79, achieving the highest specificity at any level of sensitivity.7 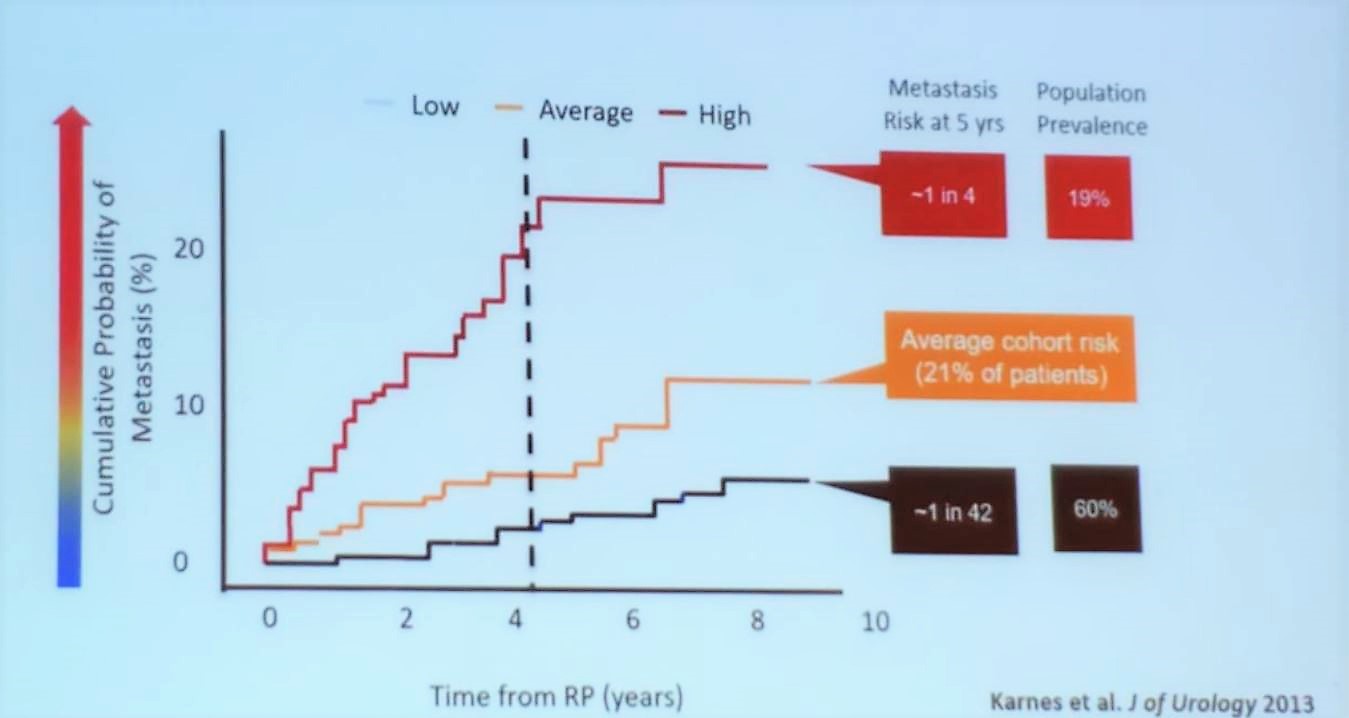 Cost-effectiveness studies have shown that it is more effective and less costly than 100% adjuvant radiation therapy. Cost savings up to an assay cost of 11,402$ have been reported. It has been associated with resulting in a 16% reduction in the percentage of patients with distant metastases at 5 years compared with usual care.9 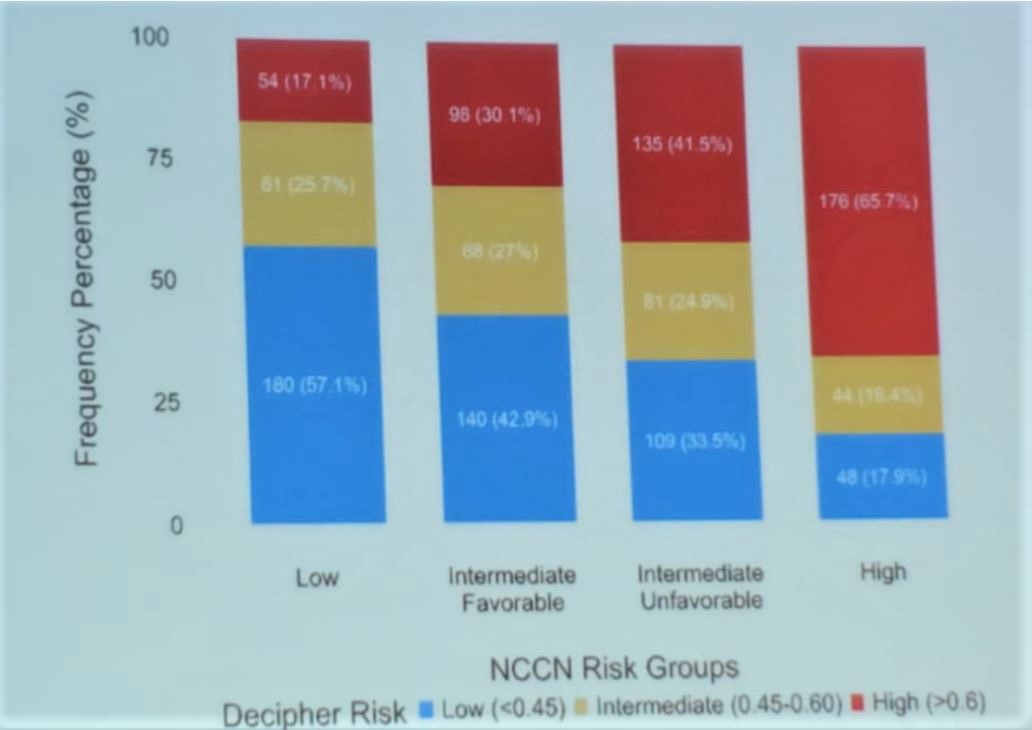 Table 1 – Treatment recommendations according to the Decipher score:

Dr. Tilki concluded her talk stating that it is still unclear how to optimally use these available prognostic biomarkers in daily practice, and how to combine them with novel imaging. It is also still unknown if treatment selection based on these biomarkers will indeed influence progression-free survival, overall survival, or quality of life.