Athens, Greece (UroToday.com) Dr. Carlsson gave an encompassing presentation on prostate cancer screening from the perspective of an epidemiologist.

The World Health Organization (WHO) defines screening as the presumptive identification of unrecognized disease in an apparently healthy, asymptomatic population by means of tests, examinations or other procedures that can be applied rapidly and easily to the target population. For prostate cancer, there are two main screening tests – digital rectal examination (DRE) and prostate-specific antigen (PSA) test.

PSA screening has some benefits including a reduction in metastases rate and prostate cancer-specific death. On the other hand, the harms of PSA screening include false-positive results, overdiagnosis, and overtreatment. However, Dr. Carlsson notes that is important to remember that potential benefits and harms of screening ultimately depend on the geographic location of the patient. A good example is that in Northern Europe the incidence and mortality are higher compared to that of Mediterranean countries. 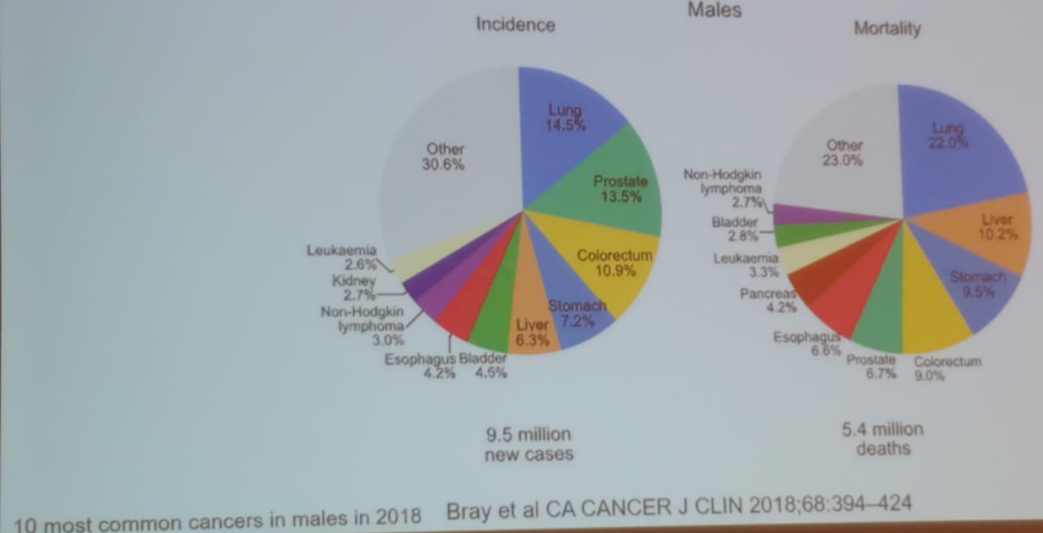 Importantly, prostate cancer is the most frequently diagnosed male cancer in more than half of the countries of the world (105 out of 185) (Figure 2). In Sweden and Greece for example, the yearly incidence rate is 95.5 and 16.2, respectively, per 100,000 men, showing the significantly higher rate of Northern European countries.

Figure 2 – Highest incidence of cancers in the world in 2018

Prostate cancer has also been shown to be the leading cause of cancer death among men in 46 countries, with 359,000 deaths reported in 2018 (Figure 3).

Figure 3 - Cancers with the highest mortality rates worldwide in 2018: 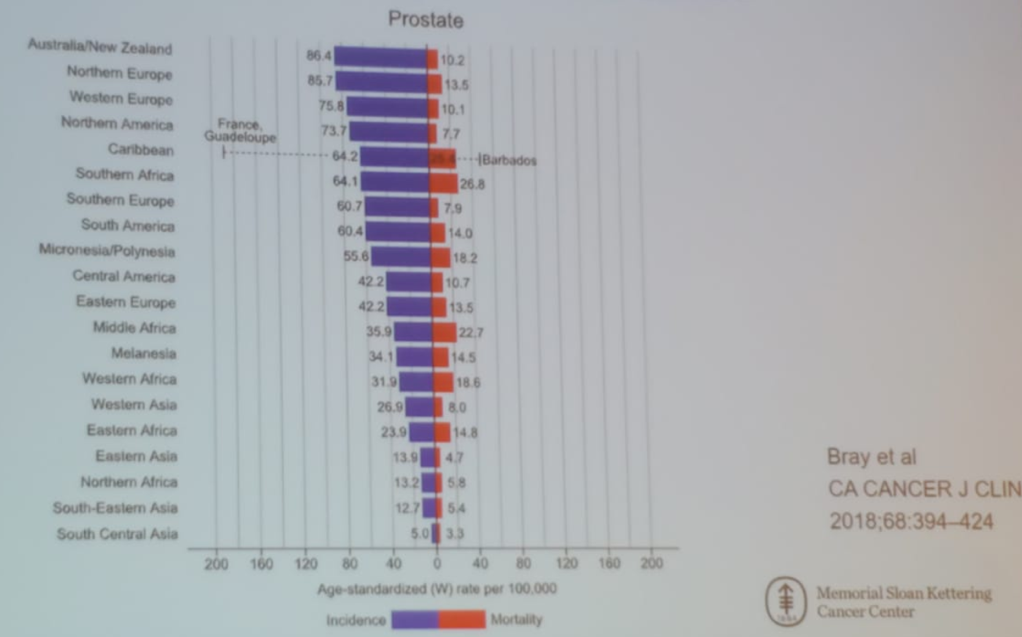 Dr. Carlsson continued and described the 5 golden rules that she recommends regarding prostate cancer screening:

Dr. Carlsson concluded her talk mentioning the addition of the multiparametric MRI (mpMRI) into the diagnosis of prostate cancer. mpMRI improves the detection of significant prostate cancer, decreases the number of unnecessary biopsies, and reduces overdiagnosis.6 However, a negative mpMRI does not obviate the need for systematic biopsy, as a negative mpMRI can miss 9-20% of clinically significant prostate tumors.7 Importantly, the negative predictive value of mpMRI depends on the disease prevalence. Moreover, all published studies on mpMRI performed in biopsy-naive patients have been conducted in specialized centers only, not necessarily manifesting the results of most centers, that consist of lower volumes. In order to be successful, the concept of mpMRI in biopsy-naïve patients requires access to high- quality mpMRI studies, optimal reading of scans, a robust training program for radiologists, and access to high-quality mpMRI- targeted biopsy.

Dr. Carlsson ended her talk mentioning the highlight points of her talk: