Athens, Greece (Urotoday.com) Dr. Kamat gave a talk on the extent of lymph node dissection for bladder cancer. First, it is important to note that patients with negative lymph nodes do not benefit from pelvic lymph nodes removal, as removal of normal nodes is not helpful. Those that do benefit are a subset of patients with limited lymph node involvement.

In a large dataset of the International Bladder cancer consortium of 1500 patients with positive lymph nodes, approximately 1/3 of patients were cured with surgery and pelvic lymph node dissection (PLND) alone (with no adjuvant or neoadjuvant chemotherapy). Only those with limited nodal involvement were the most likely to benefit from surgery and PLND.

Figure 1 – Lymph node disease involvement correlated to the stage of the bladder tumor:

It is not entirely clear if removing more lymph nodes improves the outcome. For instance, if all patients with disease above the common iliac bifurcation died regardless of what surgery they underwent, then there is no need to remove lymph nodes at all. We also need to better understand the frequency of lymph node involvement by location and understand the extent of the population that may benefit from an extended PLND (is it 10%? 25%? or 50%?).

The TNM staging system is shown in figure 2 demonstrating the lymph node staging. About 15% of >=T2 patients will have lymph node involvement above the common iliac bifurcation (these may benefit from an extended PLND). Of these at-risk patients (15%) only a third are eventually cured at long-term with surgery and PLND. Ultimately, this suggests that about 5% improvement in recurrence-free-survival (RFS) could be expected from routine use of extended PLND in >=T2 patients.1 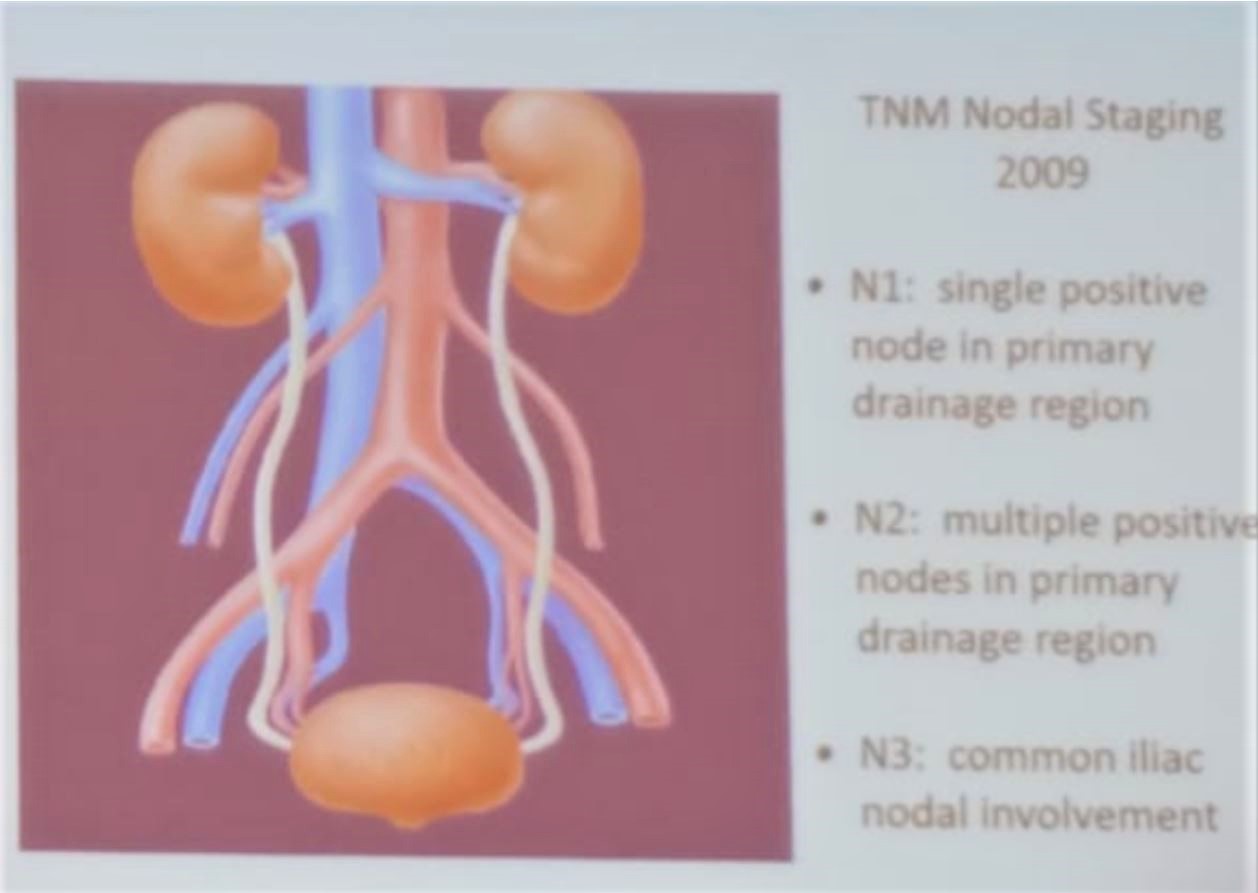 The LEA AUO AB25/02 trial compared limited vs. extended PLND in patients undergoing radical cystectomy. It was designed to detect a 15% difference in 5 years in RFS2 (Figure 3).

The results demonstrated that 19 vs. 31 nodes were removed in the limited vs. extended arms. Approximately 60% were organ-confined tumors including 15% pathological T1 disease patients. Only one patient was found pathological to have N3 disease (0.5%).2 The 5-year RFS was 59.2% in the limited arm vs. 64.6% in the extended arm (5.5% difference), p=0.36 (Figure 4). The p-value was not significant because the study was massively underpowered to find a 5-6% difference. 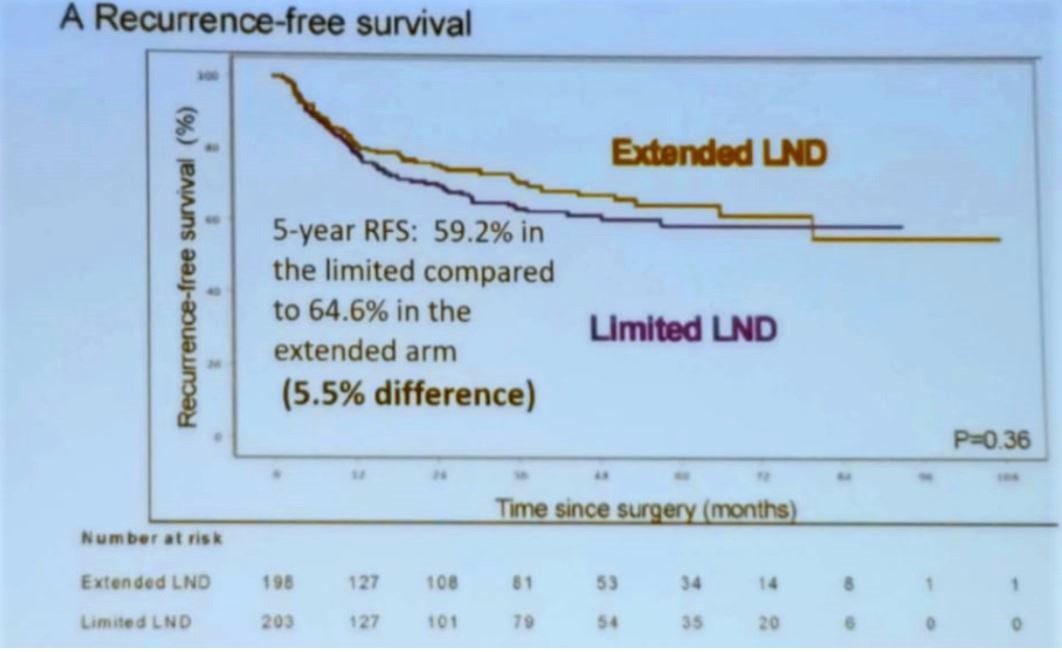 Concluding his talk, Dr. Kamat stated that extended PLND is an important part of the surgical management of invasive bladder cancer. Decades of data support the role of an extended PLND in patients at risk for lymph node involvement. Surgical quality does matter, and it is important physicians know the data well to best support their patients.