This website uses cookies to ensure you get the best experience on our website. Privacy Policy
Seoul, South-Korea (UroToday.com) Matthew Cooperberg, MD gave a presentation on prostate cancer screening from an American perspective.  Prostate cancer is the most prevalent cancer in the US and the second highest cancer causing mortality in men (Figure 1). The goal of screening is to find aggressive prostate cancer early and cure it before it spreads beyond the prostate. Most cancer cases found by screening do not need to be treated and can be safely managed with active surveillance.

In 2012 the US Preventive Services Task Force (USPSTF) basically recommended against PSA screening for prostate cancer. This has caused a significant drop in the incidence of prostate cancer diagnosis (Figure 2). Unfortunately, racial disparity has not narrowed with time, with more African Americans being diagnosed than Caucasians (Figure 3). 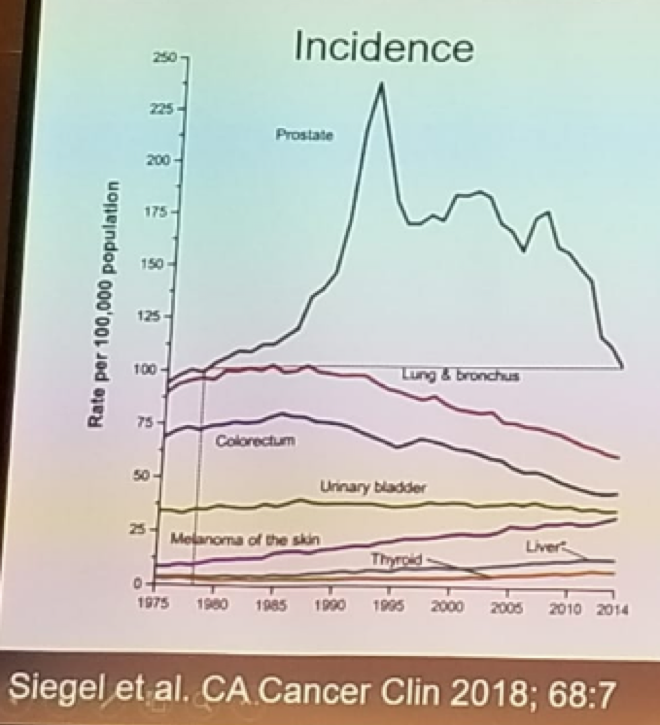 Figure 2 – Incidence of prostate cancer through the years compared to other cancers: 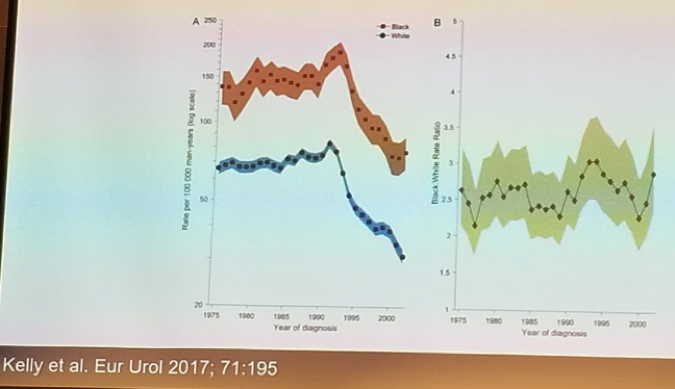 There are three important randomized prospective trials on PSA screening:

There is value in establishing an early baseline of PSA levels. If the PSA is less than 1 ng/ml at the age of 60, the likelihood of prostate cancer death is less than 0.3%. Over 90% of prostate cancer deaths occurred in men with a PSA above 2 ng/ml (top quartile) (4). However, PSA should not be interpreted in a vacuum alone. The patient’s age, family history, digital rectal examination, and history of previous prostate biopsy should all be taken into account. Additionally, there are other tests that should be considered in addition to and after PSA. These include mpMRI, PET PSMA, urinary biomarkers such as PCA3 test, and SelectMDx, and blood biomarkers – phi (PSA, free PSA, 2proPSA), 4K test (PSA, free PSA, iPSA, HK2).

Risk stratification is important before treatment. The goal is to inform physician-patient decisions about optimal initial treatment approach and timing. Active surveillance is being utilized more commonly in the real world with 40% of the patients with low grade disease being monitored with active surveillance. (5) Although this number is still low, it is rapidly progressing.

In summary, screening should be offered to healthy men with good life expectancy. It is important to tailor the intensity of screening based on race/family history and baseline PSA. Nearly all low-risk prostate cancers should be managed with active surveillance. The treatment of patients must be of high quality. This should be a collaborative group effort including the primary physician, the urologist, the patient and his community.

Lastly, the PSA cut-offs for screening that should be used according to Dr. Cooperberg are as follows: