(UroToday.com) African American men have an increased risk of diagnosis and mortality for prostate cancer, but it remains unclear if this is due to cancer biology, anterior tumor location, or access to novel diagnostic tools for identifying localized cancer. MRI fusion biopsy represents the new standard of care for accurate diagnosis of localized prostate cancer but the cost associated with MRI technology has limited adoption in a community practice setting. At the 2021 virtual Southeastern Section of the American Urological Association annual meeting, Dr. Christopher Koller and colleagues presented results of a diverse cohort of veterans with equal access to care and a single-payer system to evaluate the diagnosis of prostate cancer in this patient cohort. 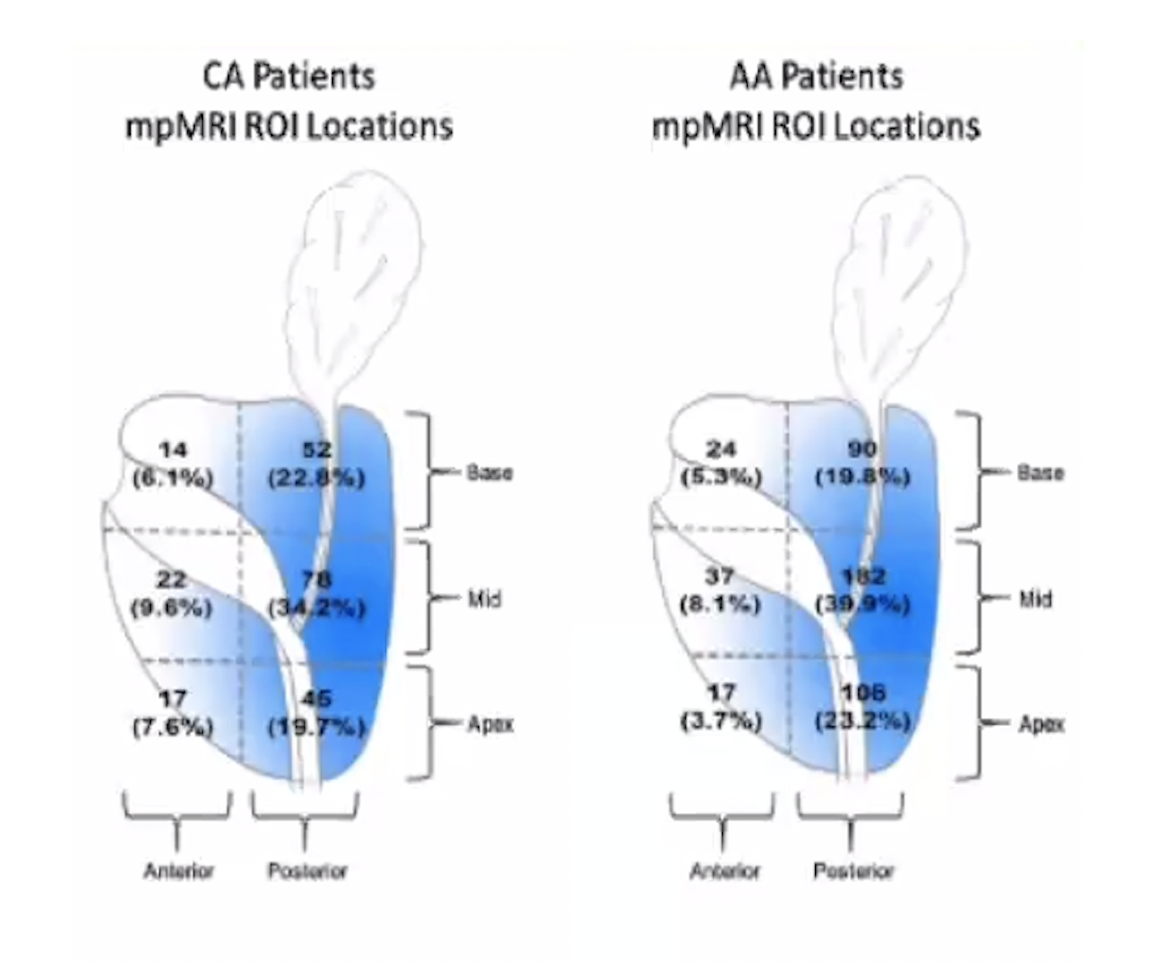 Importantly, there was no statistical significance in lesion location on MRI between race groups nor was there a difference in cancer detection, particularly focusing on anterior lesions. Moreover, the rate of positive (≥GG1) and clinically significant (≥GG2) lesions were found to be similar between cohorts: 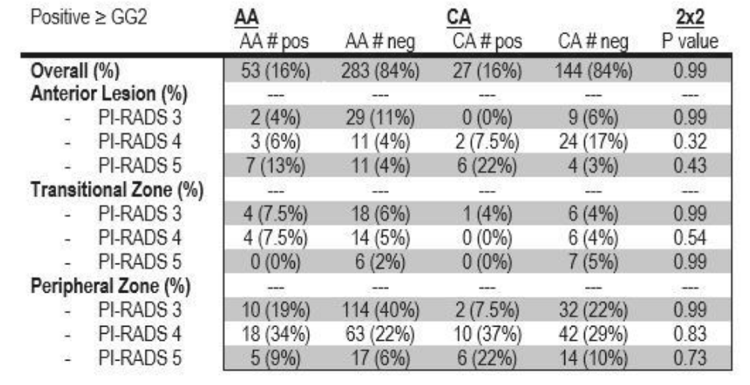 Dr. Koller concluded his presentation with the following concluding statements: