(UroToday.com) Dr. Girish Patel presented on behalf of Dr. Gemma Davies on their group’s efforts to characterize the role of the novel immune checkpoint CD200R and its role in RCC immune evasion. 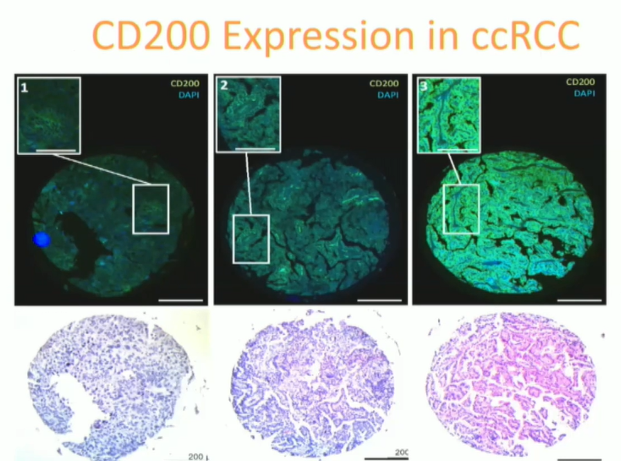 Analyses utilized QPath software to score CD200 expression, and readout was subsequently validated manually. CD200 was categorized as low, moderate, or strong. Across 300 RCC samples, CD200 expression was greater in ccRCC relative to normal tissue, and no difference was observed with respect to patient age or sex. Both Treg and NK cell infiltrate increase according to CD200 expression. 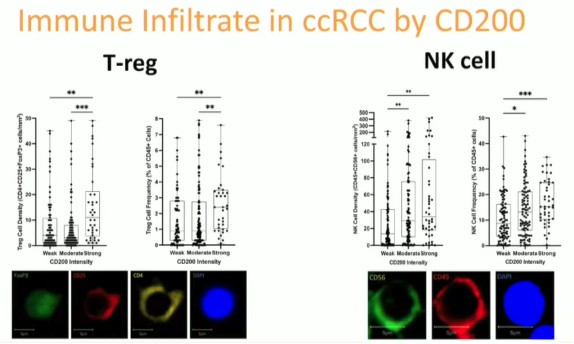 Digging deeper into the phenotype of the NK cell infiltrate, Dr. Patel noted that no difference was observed in terms of the abundance of resting NK cells across the spectrum of CD200 staining, but CD200-high tumors exhibited a relative dearth of activated NK cells.

CD200+ RCC cells were subsequently co-cultured with NK cells, demonstrating tumor cell death in a dose-dependent fashion according to the ratio of NK cells to RCC cells. RCC cell death was enhanced in vivo upon administration of a CD200 blocking antibody. 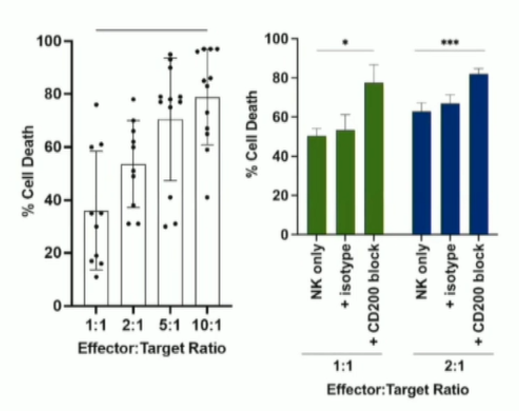 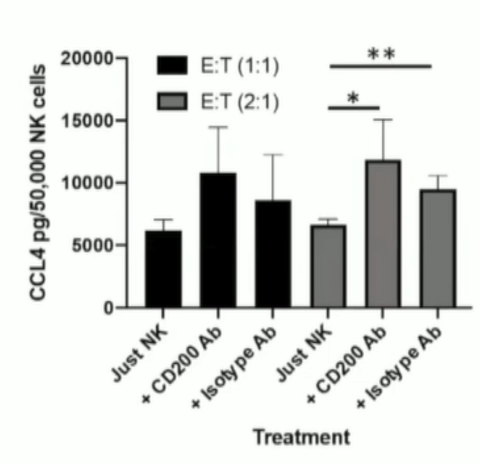 These data suggest that inhibition of the CD200R immune checkpoint may present a novel therapeutic strategy in ccRCC. Dr. Patel further postulated that ectodomain shedding of CD200 could potentially be developed as a novel RCC biomarker.