This study was a retrospective analysis of patients treated for clear cell RCC with first-line IO/IO or TKI/IO at Memorial Sloan Kettering Cancer Center between January 1, 2014 and December 30, 2020. Depth of response was defined as the nadir of tumor shrinkage by RECIST 1.1 criteria. Partial response groups were defined as PR1 (80-99%), PR2 (60-79%), and PR3 (30-59%). Overall survival from the start of first-line therapy to death or last follow-up is estimated with the Kaplan-Meier method and reported for each depth of response group.

Overall survival by depth of response in the overall cohort and by first-line treatment group are as follows:

Finally, outcomes on first- and second-line therapy are as follows: 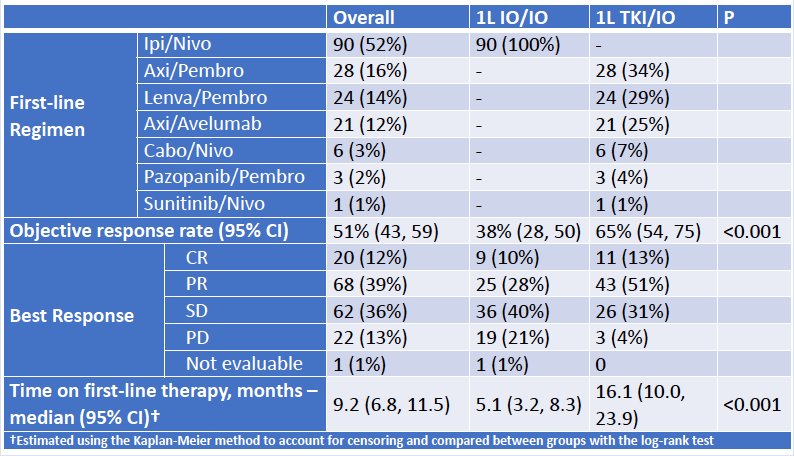