(UroToday.com) The International Kidney Cancer Symposium 2021 annual hybrid meeting included a role of perioperative therapy in renal cell carcinoma (RCC) session and a presentation by Dr. Christopher Weight discussing the use of artificial intelligence for RCC diagnosis of CT scans. Dr. Weight notes that there has been substantial hype around artificial intelligence, and in 2016 Turing Aware Recipient Geoffrey Hinton stated that “People should stop training radiologists now. It’s just completely obvious that within 5 years, deep learning is going to do better than radiologists.”

There are three ways that CT segmentation can change the clinical practice of kidney cancer according to Dr. Weight:

According to the Campbell-Walsh Urology textbook, the greatest clinical dilemma remains the inability to confidently differentiate between benign renal masses and RCC on clinical or radiographic testing. In a study using the Truven Health MarketScan Research Databases assessing 18,060 patients between 2007 and 2014, the overall prevalence of benign pathologic findings after partial nephrectomy was 30.9%.1 Furthermore, this incidence was affected by several factors including female sex, old age, and performance of CT imaging only as preoperative imaging modality. As follows is the annual prevalence of benign and malignant findings stratified by year in this study: 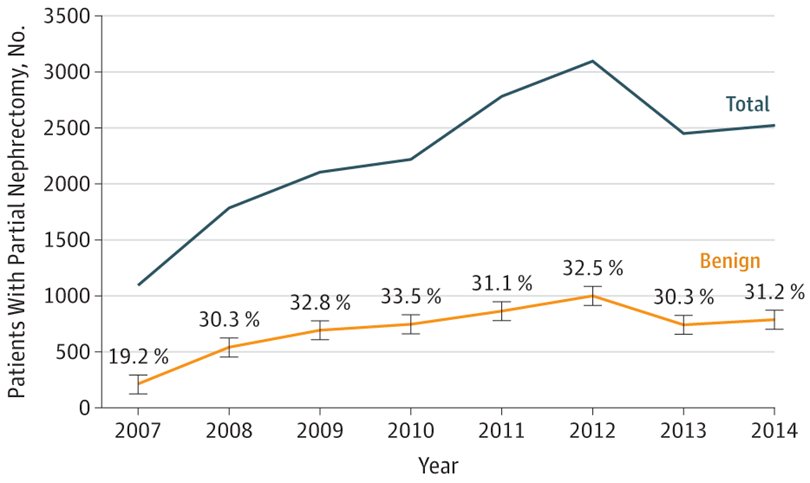 Dr. Weight emphasized that the utilization of artificial intelligence for RCC diagnosis all begins with segmentation, which is a computer vision task that separates a digital image into multiple parts. One aspect of this technology is creating a consistent, accurate, and reliable nephrometry score, which takes into account the nephron + tumor geometry. The nephrometry score has many uses, including prediction of:

Work from Dr. Weight’s group assessed the reproducibility of the nephrometry scoring system among 95 patients treated surgically for a solid renal mass. Each renal tumor was separately scored by 6 reviewers, including 2 staff urologists, 1 staff radiologist, 2 trainees (1 urology, 1 radiology), and 1 medical student. Agreement in nephrometry score was substantial among the three staff physicians (0.72, 95% CI 0.64–0.80), and nephrometry score agreement continued to be substantial when including the trainees and medical student in the analysis (0.75, 95% CI 0.69–0.81). However, calculation of the nephrometry score requires unreimbursed time from very busy people (ie. radiologists, and surgeons). As follows is the algorithm for artificial intelligence generated segmentation, leading to code for translation of generated segmentations into fully automated nephrometry scores: 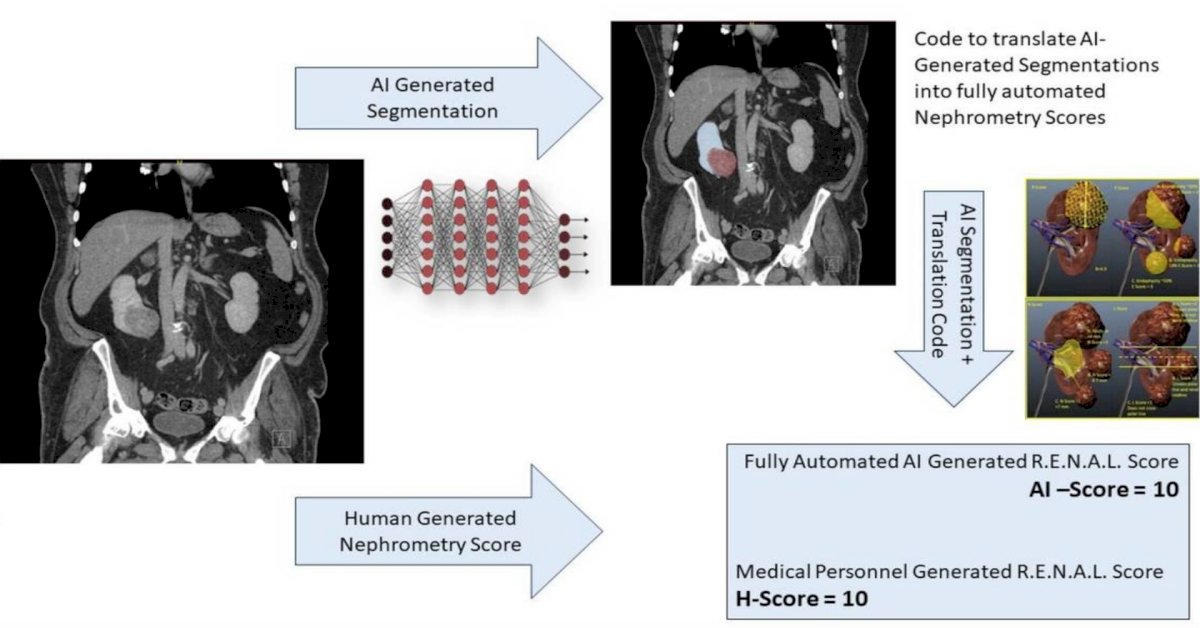 Automated RENAL scoring is just the beginning, with Dr. Weight noting that we can automate all nephrometry scores, PADUA, c-index, and contact surface area. Ultimately, we may be able to delve into new measurement metrics that humans cannot calculate that may be predictive. For example, Lubner and colleagues assessed whether CT texture features of newly diagnosed primary RCC correlated with pathologic features and oncologic outcomes.3 CT texture analysis was performed on large (>7 cm) untreated RCCs in 157 patients, with measures entropy, kurtosis, skewness, mean of positive pixels, and SD of pixel distribution histogram derived from a multiphasic CT using various filter settings: 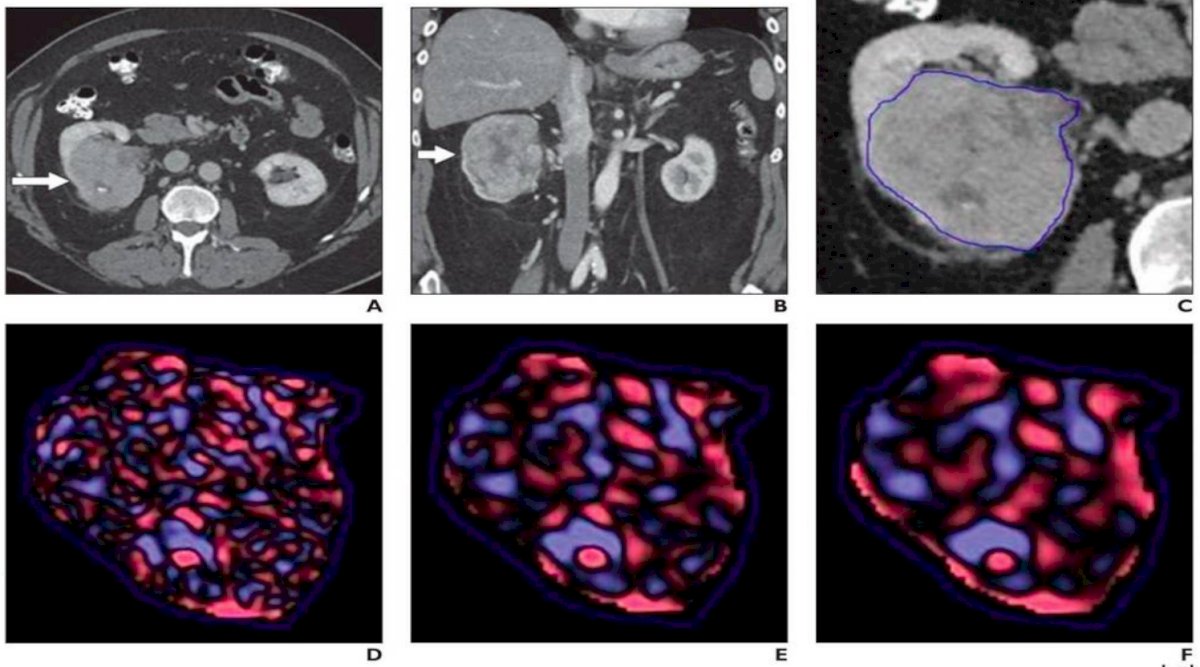 When a coarse filter setting was used, entropy on portal venous phase CT images was positively associated with clear cell histologic findings (OR 134, 95% CI 16-1110) and was negatively associated with non-clear cell subtype findings. ROC curve analysis for entropy showed an AUC of 0.943 (95% CI, 0.892-0.993) for clear cell histologic findings, with similar values noted for non-clear cell histologic findings. The mean of positive pixels and the SD of the pixel distribution histogram were statistically significantly associated with histologic cell type in a similar fashion. Furthermore, there was a statistically significant association of texture features noted on unenhanced CT, including the SD of the pixel distribution histogram, the mean of positive pixels, and entropy, with the time to disease recurrence and death due to disease (HR 3.49, 95% CI 1.55-7.84).

Dr. Weight concluded by emphasizing that ultimately his goal is to be in a position, with the utilization of artificial intelligence, that when a patient has a renal mass and undergoes a CT scan, that the information provided is the following: