By way of background, Dr. Khalell highlighted that the role of cytoreductive nephrectomy is controversial in the contemporary care of patients with metastatic renal cell carcinoma (mRCC). However, systemic therapy is associated with a high rate of grade 3 and 4 adverse events, up to 50% in patients receiving immunotherapy and more than 50% of patients treated with VEGF inhibitors. Thus, up front cytoreductive nephrectomy followed by active surveillance is a valid treatment approach. He cited three studies demonstrating the potential for active surveillance to delay the initiation systemic therapy.

In particular, he highlighted work from Dr. Brian Rini and colleagues who observed a cohort of patients with treatment-naïve oligometastatic mRCC. The vast majority (98%) had prior nephrectomy. The median surveillance period was 14.9 months. They further identified two predictors of prolonged periods of surveillance: one or fewer IMDC risk factors and two or fewer metastatic organ sites. 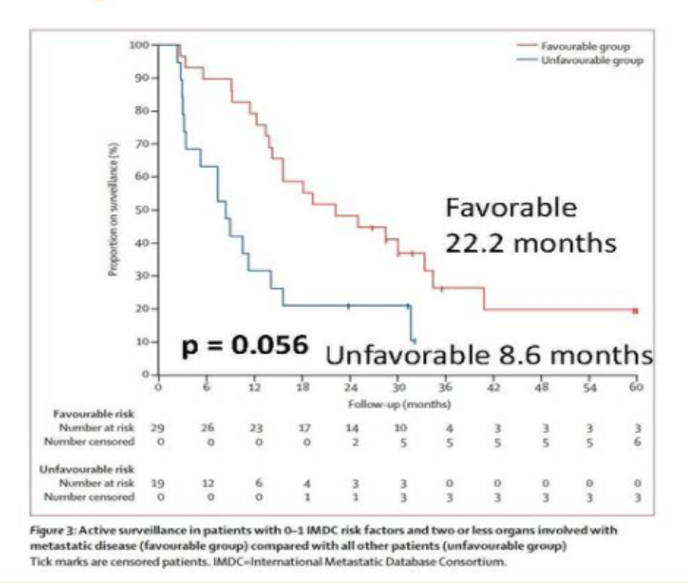 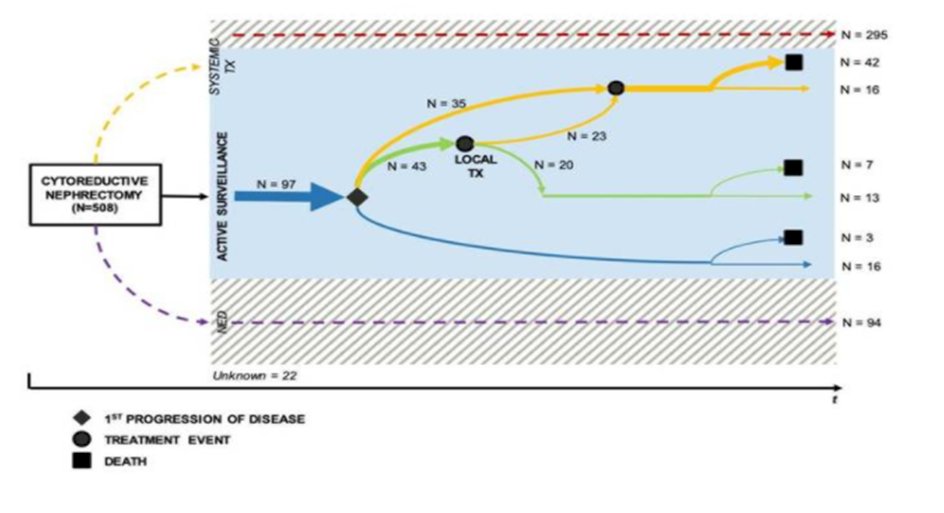 These authors assessed the primary outcome of intervention free survival, with intervention defined as systemic therapy or focal therapy (surgery or radiotherapy). Secondary outcomes included cancer-specific and overall survival. Subgroup analyses were performed according to Rini criteria as detailed above.

In conclusion, this study demonstrated that cytoreductive nephrectomy followed by active surveillance is a reasonable treatment approach in properly selected patients.