(UroToday.com) The prostate cancer session at the 2021 European Association of Urology (EAU) Section of Oncological Urology (ESOU) Virtual Annual Meeting included a presentation by Professor Gert De Meerleer discussing the future of stereotactic body radiation therapy in prostate cancer. When it comes to the treatment of prostate cancer oligometastatic patients with stereotactic body radiation therapy, it is important to learn the past, watch the present, and create the future.

In the STOMP trial1, Ost and colleagues randomly assigned 62 patients to either surveillance or metastasis-directed therapy of all detected lesions (surgery or stereotactic body radiotherapy), with a primary end point of androgen deprivation therapy (ADT)-free survival. At a median follow-up time of 3 years (IQR 2.3-3.75 years), the median ADT-free survival was 13 months (80% confidence interval [CI] 12 to 17 months) for the surveillance group and 21 months (80% CI 14 to 29 months) for the metastasis-directed therapy group (hazard ratio [HR] 0.60, 80% CI 0.40 to 0.90; log-rank p = 0.11): 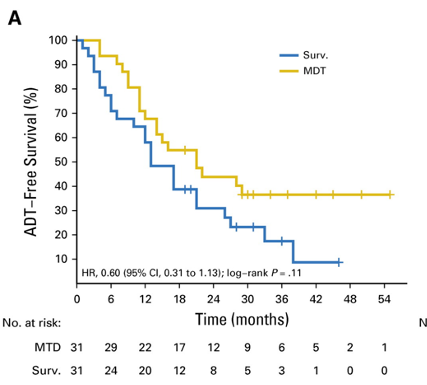 Dr. De Meerleer notes that the difficulty with a randomized controlled trial evaluating stereotactic body radiation therapy +/- systemic treatment is that it is difficult to appropriately delineate the control group (ADT versus androgen receptor-targeted agent), as well as implications for cost, toxicity, and how long to continue treatment: 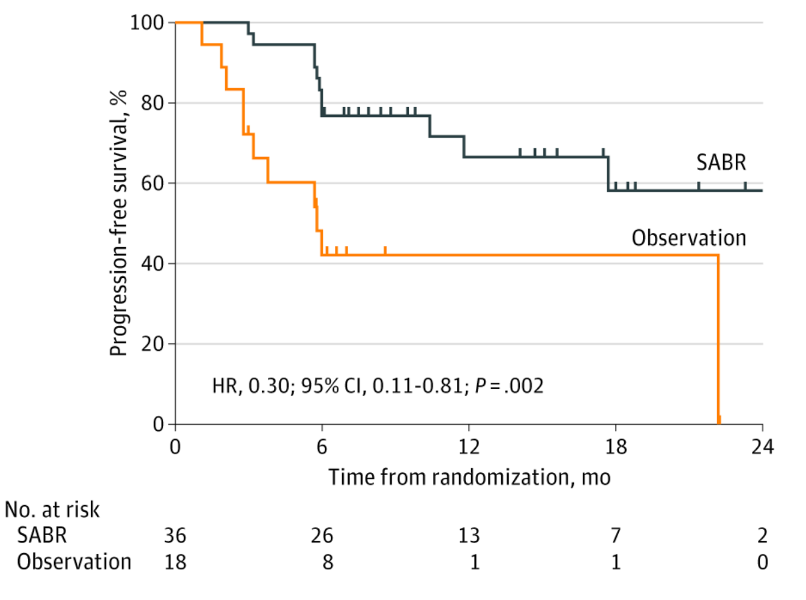 For those patients in the stereotactic body radiotherapy arm that had a prostate-specific membrane antigen (PSMA) PET-CT scan, the proportion of men with disease progression at 6 months was 5% in those who did not have any untreated lesions compared to 38% in those who did have some untreated PSMA avid lesions (p=0.03). Dr. De Meerleer notes that the optimal randomized controlled trial should use PSMA PET-CT and not conventional imaging for assessing eligibility criteria. 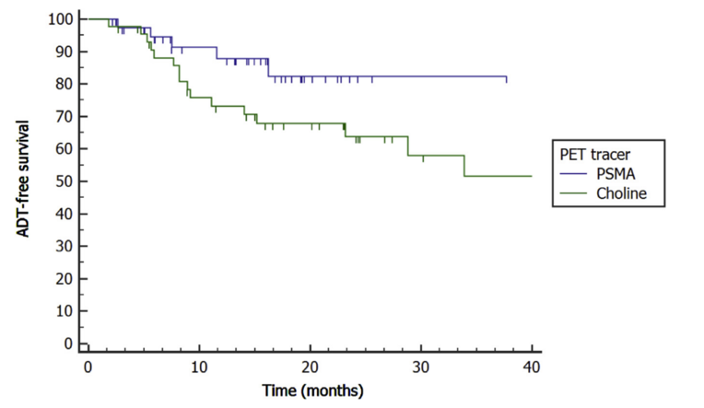