For this study, Dr. Matsubara and colleagues conducted a post-hoc analysis of data from the LATITUDE study, applying intention-to-treat analysis and a naïve censoring and inverse probability of censoring weighting (IPCW) methods to the placebo group to reveal the proportion of life-extending subsequent therapies in patients initially treated with placebo. In a naïve-censoring approach, patients who did not receive life-extending subsequent therapies were censored at the date of protocol treatment discontinuation. The IPCW method in this study could represent conditions in which all patients had switched to life-extending subsequent therapies, unless they died possibly related to protocol treatment, adjusted by baseline and time-varying covariates. The OS hazard ratio of abiraterone acetate plus prednisone versus placebo and associated 95% confidence interval were estimated using a Cox proportional hazards model.

The naïve censoring analysis and the IPCW method showed a trend toward a prolongation of OS in the placebo group: 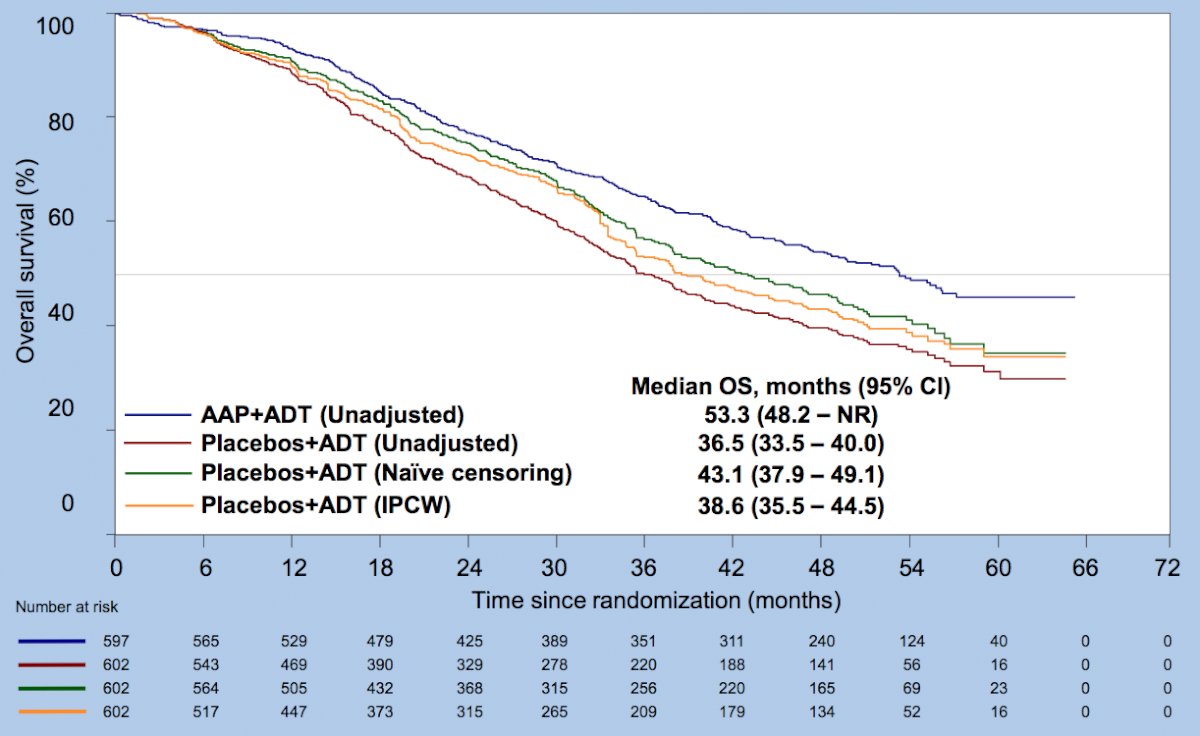