The authors performed a single center phase II trial testing olaparib (300 mg PO BID) plus BAT. BAT was administered with intramuscular T cypionate/enanthate 400 mg every 28 days while continuing androgen deprivation to suppress endogenous T. To be eligible for inclusion, men were required to have no cancer-related pain and to have previously received abiraterone and/or enzalutamide. The primary objective was to assess the PSA50 response rate (proportion with PSA decline ≥50%) following ≥12 weeks of therapy. While the primary analysis was based on the entire study cohort, the authors also assessed outcomes stratified by homologous recombination repair (HRR) gene mutational status and required 50% of men enrolled to have at least one HRR gene alteration. 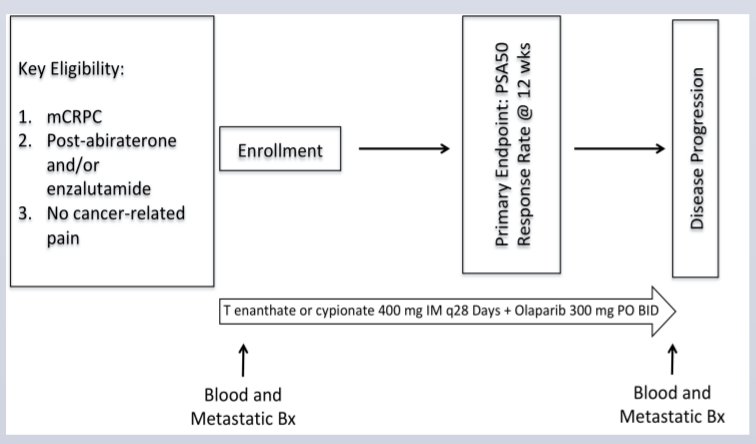 The authors enrolled thirty-six patients, of whom 6 discontinued treatment prior to response assessment, leaving 30 response evaluable patients. Among those who discontinued treatment early, the reasons for discontinuation were progression (n=2), nausea (n=2), stroke (n=1) and myocardial infarction (MI) (n=1). The median age at the time of enrollment was 70 yrs (range: 51-88). In terms of prior therapy, thirteen patients received prior abiraterone, 7 received prior enzalutamide and 10 received both. 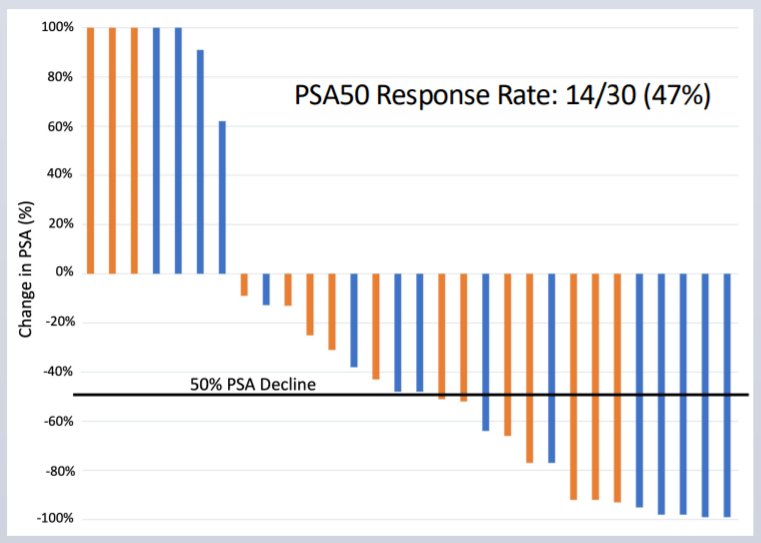 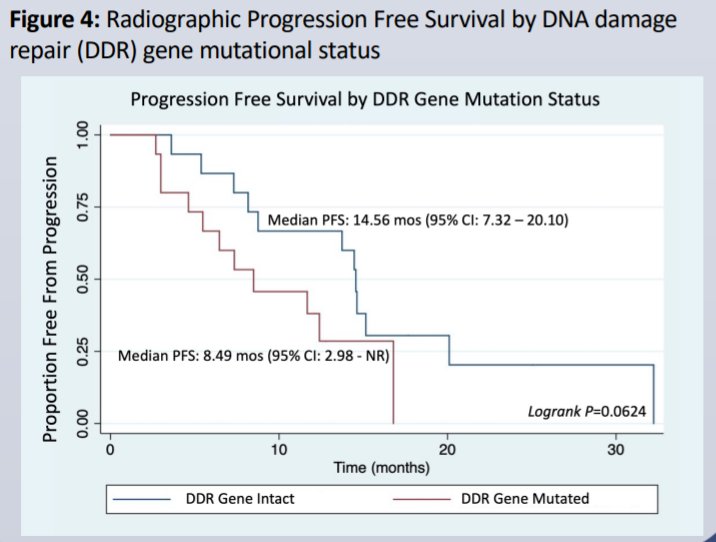 In terms of toxicity, five patients had grade ≥3 treatment-related adverse events (AE), including 1 stroke (Grade 4) and 1 MI (Grade 5). Following an amendment to exclude history of MI, no additional cardiovascular (CV) AEs were observed.

The authors conclude that BAT plus olaparib was associated with high response rates and long PFS in patients with mCRPC. Notably, clinical benefit was observed regardless of HRR gene mutational status.