(UroToday.com) The Realizing Potential Combination and Personalized Therapy educational session at the European Society of Medical Oncology’s (ESMO) 2021 congress included a presentation by Dr. Manuela Schmidinger discussing the current status of personalized therapy in metastatic RCC. Dr. Schmidinger notes that the reason we need personalized therapy in metastatic RCC is that there are currently four competing strategies for IMDC intermediate-poor risk patients and three options for favorable risk. Given the wealth of novel treatment options, multiple questions arise: (i) what is the role of single-agent TKI? In favorable-risk patients there is no OS advantage for single-agent TKI, however, the complete response rate is twice as high; (ii) If ICI-based therapies are the backbone, should we be offering ICI doublets or ICI/TKI combination therapy? (iii) If we are using ICI-only treatment, does it always mean it has to be a doublet? (iv) If ICI/TKI double therapy, which TKI should we use? (v) Do some patients need something totally different than the current clinical trials we have?

The current status of research in personalized medicine for metastatic RCC according to Dr. Schmidinger is as follows:

PD-L1 is a prognostic biomarker and not predictive, however, the PD-L1 interpretation remains challenging. If your patient is PD-L1 positive, it means that they will likely have poor outcomes from single-agent TKI, whereas ICI-based treatments improve outcomes irrespective of PD-L1 expression, and that expression may be associated with improved hazard ratios for PFS and ORR. With regards to neutrophil to lymphocyte ratio (NLR), this biomarker is also prognostic and not predictive, whereby a change in NLR on treatment could serve as an on-treatment predictive factor, for example, a change in NLR between 4-8 weeks post-treatment initiation:1 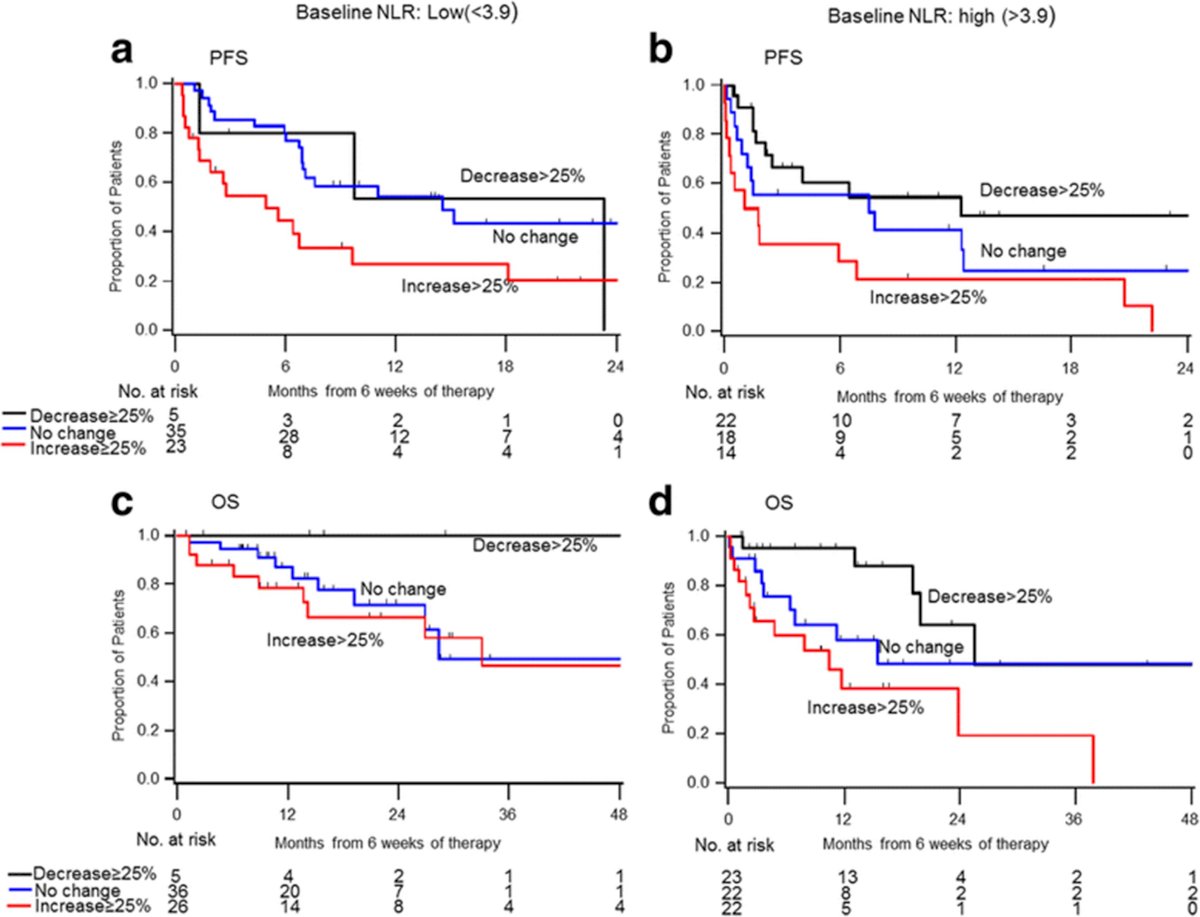 There are several potential biomarkers available that have yet to be established in the clinical setting, including the tumor microenvironment, INDELS, and genetic alterations, as summarized below:

Work from 2015 suggested that there are molecular subtypes of clear cell RCC that are associated with response to sunitinib.6 This analysis identified 4 robust ccRCC subtypes (ccrcc1 to 4) related to previous molecular classifications that were associated with different responses to sunitinib treatment. ccrcc1/ccrcc4 tumors had a lower response rate and a shorter PFS and OS than ccrcc2/ccrcc3 tumors):

Additionally, ccrcc1/ccrcc4 tumors were characterized by a stem-cell polycomb signature and CpG hypermethylation, whereas ccrcc3 tumors, sensitive to sunitinib, did not exhibit cellular response to hypoxia. Furthermore, ccrcc4 tumors exhibited sarcomatoid differentiation with a strong inflammatory, Th1-oriented but suppressive immune microenvironment, with high expression of PDCD1 (PD-1) and its ligands.

Important data has also been generated from tumors of patients in the IMmotion 150 and 1512 trials, specifically a 3-gene panel for mRNA quantification: Angio/Teff/Myeloid inflammation signature, with predictive responses to TKI and ICI:

In the JAVELIN Renal 101 trial of avelumab + axitinib versus sunitinib, the 26-gene JAVELIN Renal signature was comprised of TcR signaling, Tcell activation/proliferation/differentiation, NK cell-mediated toxicity, and other immune genes, providing prediction of improved PFS with avelumab + axitinib, but not sunitinib. This was also verified in an independent data set from the phase 1b JAVELIN Renal 100 cohort.7 The gene expression signatures from the IMmotion 150 and JAVELIN Renal 101 trial were also assessed in the CheckMate 214 trial, noting that the Anghigh signature predicted ORR and PFS for sunitinib, Anglow signature had a higher ORR for nivolumab + ipilimumab, whereas the Teff signatures from IMotion and JAVELIN were not associated with benefit. However, patients with PFS >18 months had a higher expression of genes related to inflammatory response and EMT. Finally, gene signatures from the prospective BIONNIK trial (presented at ESMO 2020) suggested that previously defined clusters may allow for personalized treatment. In this trial ccrcc2 pro-angiogenic tumors respond to TKI, ccrcc3 ‘normal-like’ tumors respond to TKI, ccrcc1 ‘immune-low’ tumors respond to the combination of nivolumab + ipilimumab, and ccrcc4 ‘immune-high’ tumors respond to nivolumab alone.

Somatic variant analysis represents ‘medicine that has not been on our radar yet’ according to Dr. Schmidinger. Patients with CDKN2A/loss and/or TP53 mutations may respond to stromal disrupters such as telmisartan and cytotoxic agents or CDK46 inhibitors such as palbociclib and ribociclib. Additionally, tumors with loss of function in ARID1A and KMT2C are implicated in epigenetic dysregulation and DNA repair deficiency, suggesting that it may be beneficial to combine epigenetic regulators with checkpoint inhibitors.

The microbiome may also be a major player in personalized medicine for metastatic RCC treatment given that multiple studies have shown a link between the intestinal microbiome and response to immune-checkpoint inhibitors. For example, in the NIVOREN GETUG-AFU 26 trial, the ORR with antibiotics was 9% compared to 28% for patients without antibiotics, and a median PFS and OS that was significantly longer in the non-antibiotic group.

Dr. Schmidinger concluded her presentation with the following take-home messages: