From February 2013 to March 2018, 500 patients from 28 French cancer centers were randomized with 493 eligible for the intention-to-treat analysis. The majority of patients (437; 88%) received neoadjuvant therapy with a minority (56; 12%) receiving adjuvant therapy. The primary endpoint of the study was three-year progression-free survival (PFS).

The two study groups were well-balanced for demographic and baseline characteristics including age, sex, receipt of neoadjuvant versus adjuvant chemotherapy. Notably, a similar proportion of patients in the GC (90%) and ddMVAC (91%) arms treated in the neoadjuvant setting went on to undergo radical cystectomy. However, the pathologic response rates suggested greater activity in patients treated with ddMVAC. Pathologic complete response rates (42% versus 36%) and organ-confined disease (78% versus 63%) were higher for patients treated with ddMVAC than GC. 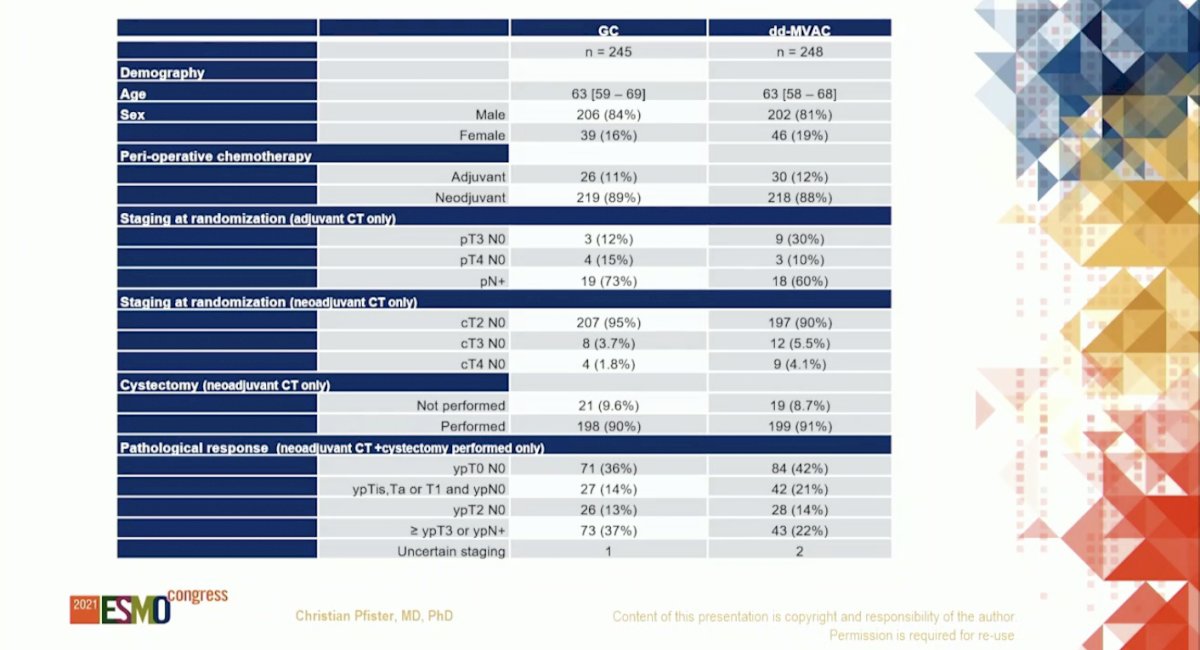 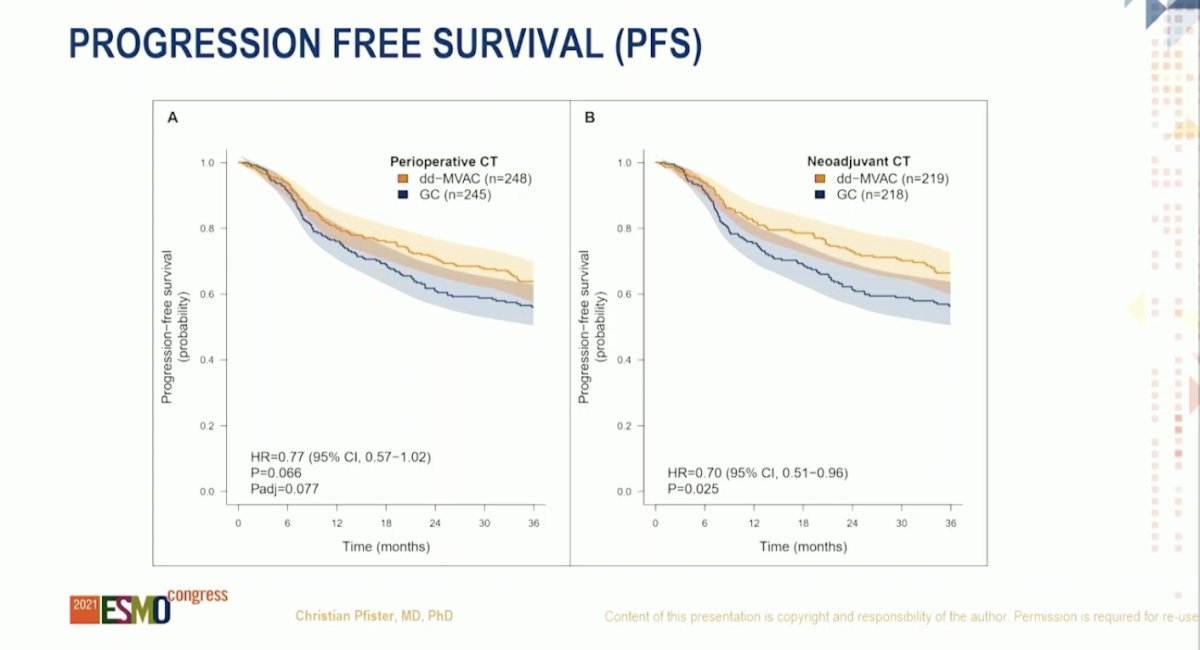 Dr. Pfister concluded that ddMVAC should now be the gold standard regimen for neoadjuvant chemotherapy because of higher local control and a significant improvement in three-year PFS. While the overall survival data is immature, he expects that the final results will confirm the signal demonstrated in this presentation that ddMVAC in the perioperative setting improves overall survival compared to GC for men with MIBC.