(UroToday.com) Since 2015, multiple studies together have suggested that approximately a quarter of metastatic castration-resistant prostate cancer (mCRPC) tumors have mutations in DNA damage repair (DDR) genes. These alterations, especially those in genes for homologous recombination repair (HRR), are associated to varying degrees with response to PARP inhibitor therapy. Two PARP inhibitors are now approved for the care of patients with mCRPC and mutations in certain HRR genes: olaparib (based on PROfound trial) and rucaparib (based on TRITON2 trial). Given the significance of alterations in HRR genes in mCRPC, genomic testing for HRR alterations has been included in mCRPC treatment guidelines with the purpose of guiding genetic counseling and therapy selection.

In this poster, Dr. Neal Shore and colleagues describe real-world patterns and predictors of tissue testing for alterations in HRR genes. They focused on the community cancer care setting. Data were collected from the Flatiron Health Electronic Health Record derived database that was collected between 2013 and March 2019, prior to the approval of PARP inhibitor therapy in mCRPC, and focused on testing for alterations in BRCA1, BRCA2, ATM, CDK12, FANCA, and PALB2). The Flatiron database contains information on patient demographics, prostate cancer characteristics, and treatment, as well as genetic testing results.

From the Flatiron database, 5,213 patients with mCRPC were identified, 91% of which were managed at community oncology care centers. Of these patients, 674 (12.9%) underwent testing for the specified HRR gene alterations. Patient characteristics are shown below. 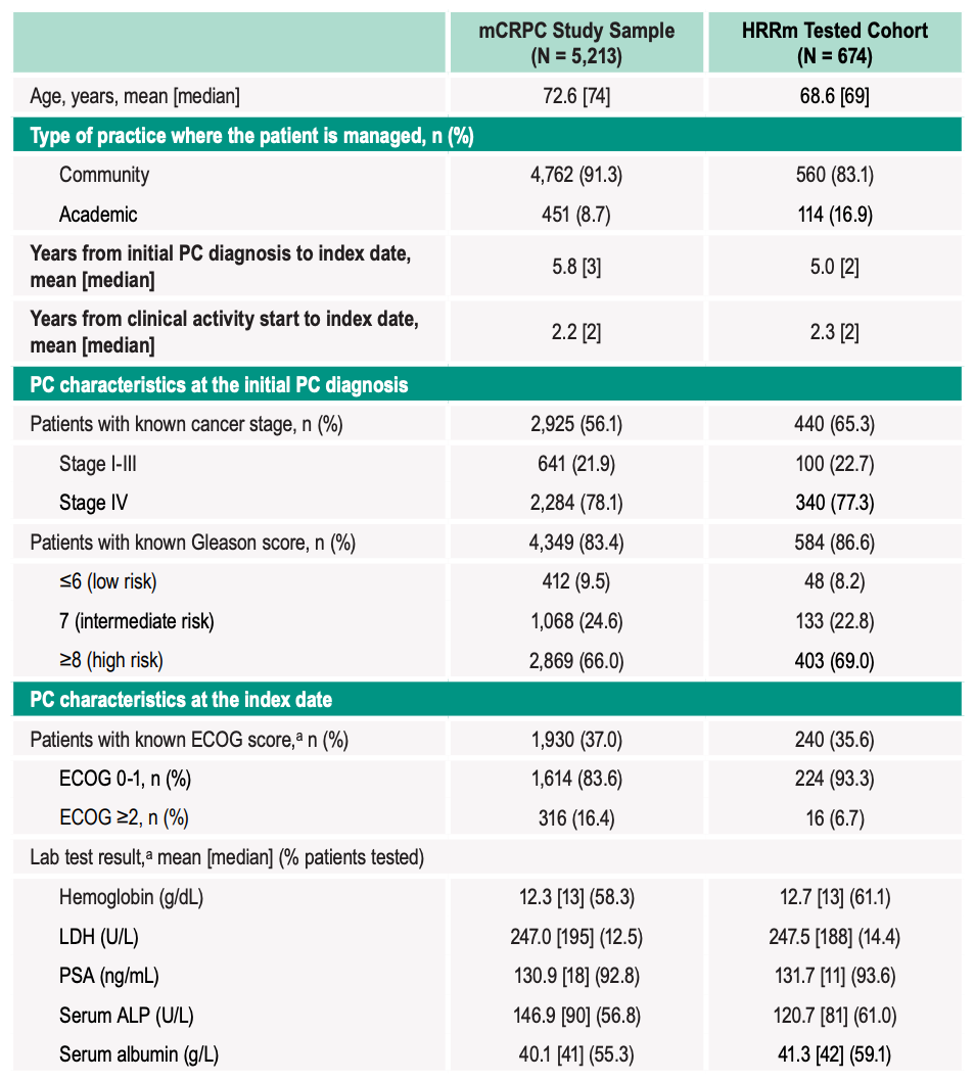 The breakdown of the 674 patients by testing method and number of genes tested is shown below. 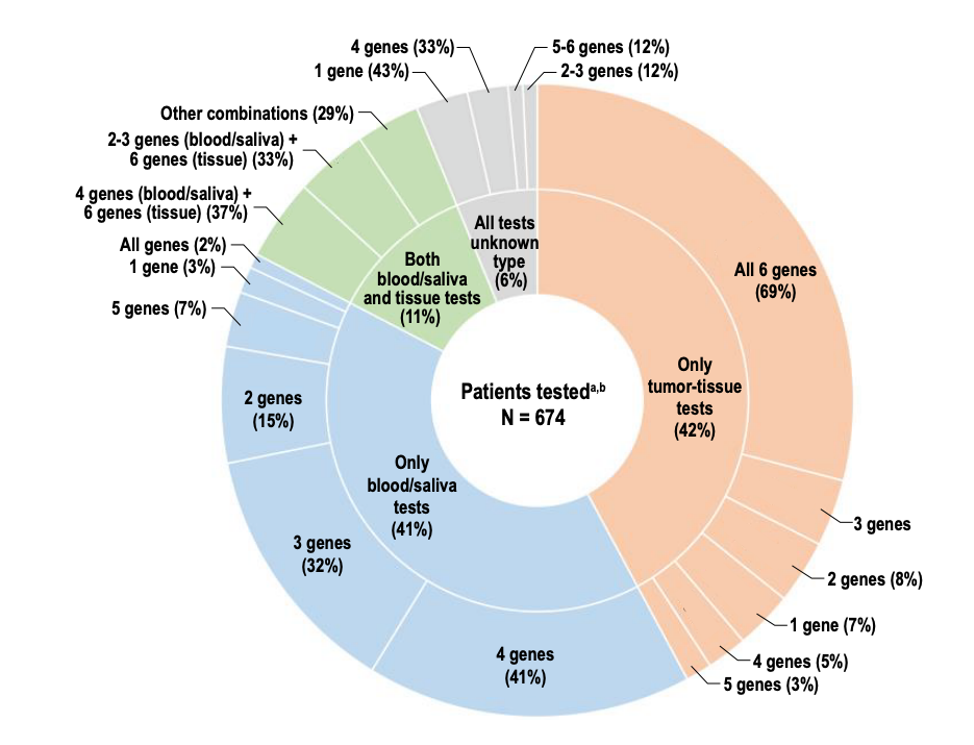 The most common testing platform utilized was Foundation Medicine, followed by Guardant. Testing rates and the inclusion of more genes increased with time. 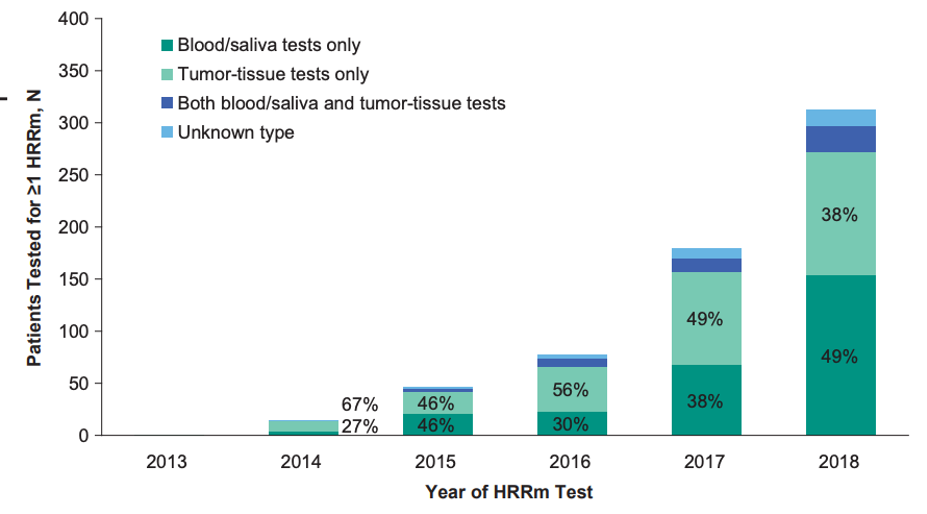 The prevalence of HRR alterations found is shown below. 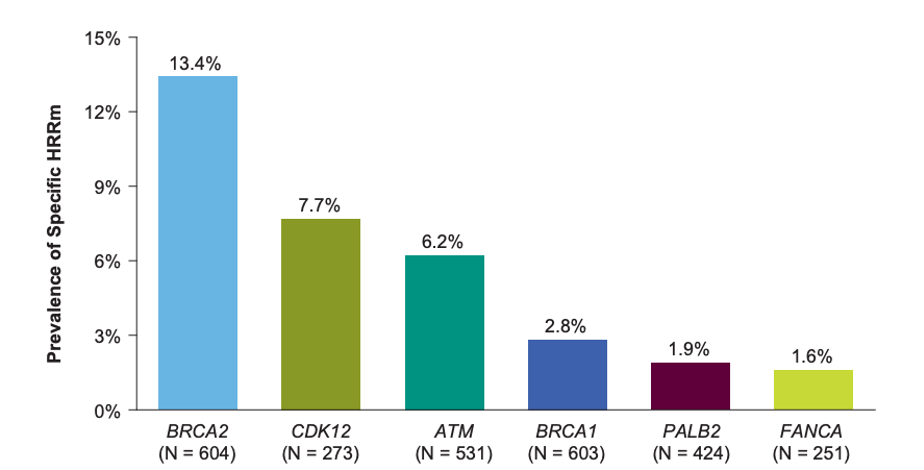 The poster concludes that rates of HRR mutational testing did not increase dramatically with changes to the NCCN guidelines recommending this testing in 2017. Increased awareness of recommendations for testing, especially with the approval of two therapeutic agents contingent upon the presence of HRR alterations, is critical for the care of patients with mCRPC.