Barcelona, Spain (UroToday.com) The Von Hippel Lindau – Hypoxia Inducible Factor signaling axis is dysregulated in renal cell carcinoma. PT2977 is a small molecular inhibitor of HIF-2alpha, a key oncogenic driver within the VHL-HIF signaling pathway. Pre-clinical data indicates that this inhibitor blocks the association of HIF-2alpha with HIF-1beta, thus blocking the expression of genes important for cell growth and inhibiting the growth of mouse models of renal cell carcinoma.

This poster presents RCC data from a dose-escalation study designed to determine the recommended phase 2 dose of PT2977 (NCT02974738). Data from 55 patients metastatic renal cell carcinoma (RCC) treated with drug at a 120 mg dose was presented. By IMDC criteria, 3/4 of patients were an intermediate risk, and 18% were poor risk. The patients were heavily pre-treated, with a median of 3 prior treatments, most commonly VEGF/VEGFR axis targeting agents or checkpoint inhibitor immunotherapy.

Median progression-free survival at the time of analysis was 11 months, and the overall response rate was 24% (all partial responses). 69% of patients experienced some form of tumor shrinkage on therapy. Treatment is ongoing in a total of 29% of the original cohort. While most responses were noted by 20 weeks, at least two patients experienced marked tumor shrinkage at the 40-week timepoint. 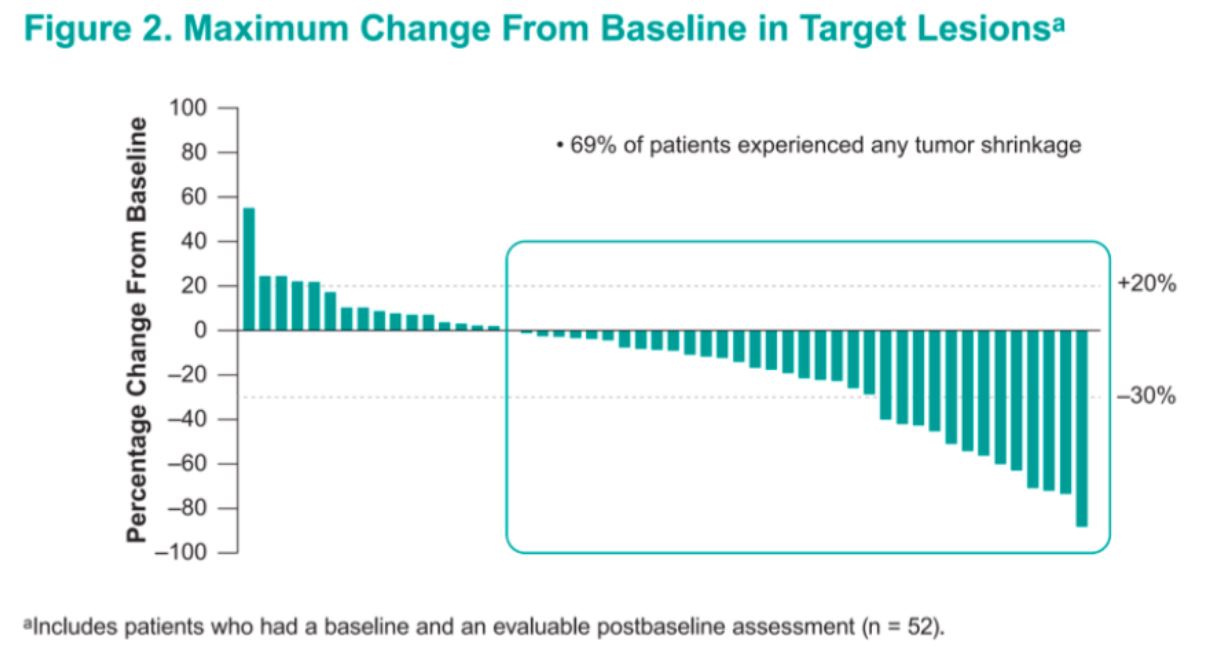 Therapy was tolerated reasonably well, and common side effects included anemia, fatigue, and dyspnea. Anemia was managed with erythropoietin supplementation. Of note, 26% of patients experienced hypoxia, which like other common side effects listed is thought to be related to on target HIF-2alpha inhibition. This resolved with oxygen supplementation and was reversible with drug cessation. 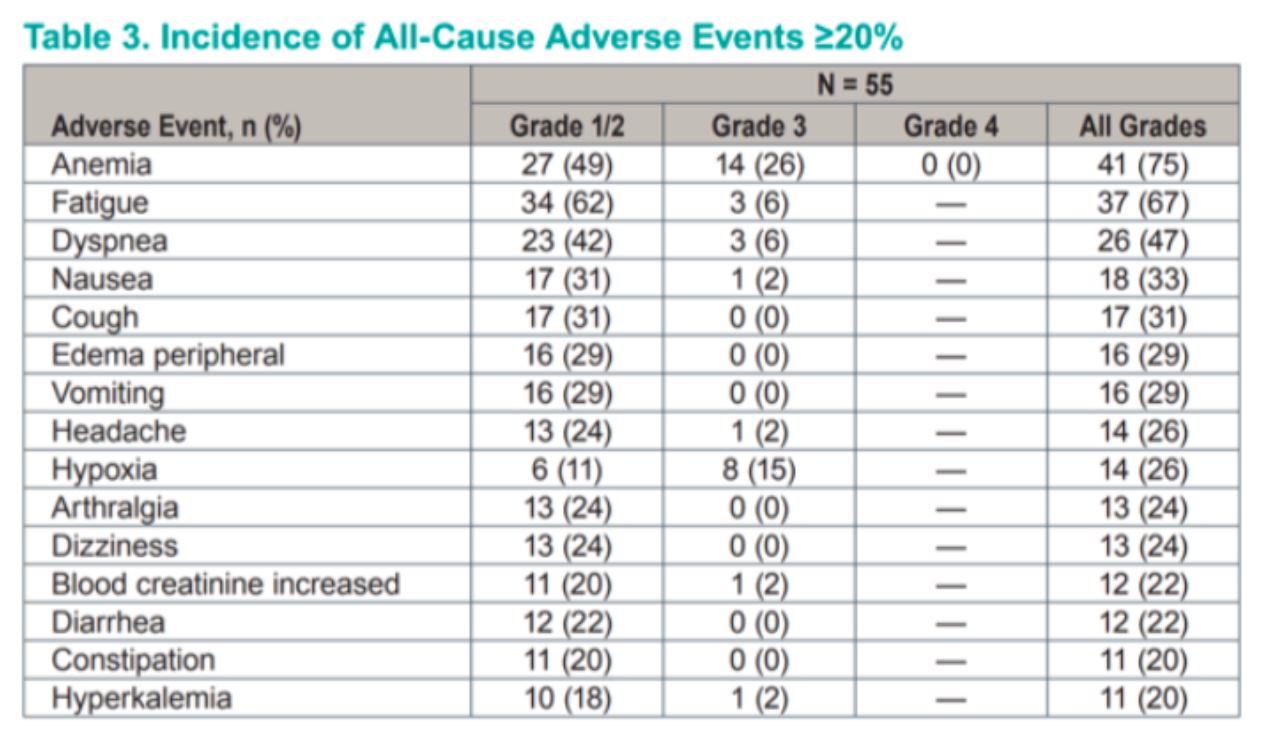 In summary, PT2977 was reasonably tolerated and resulted in partial and durable responses in a heavily treated cohort of mRCC patients. Further study of this compound in mRCC is planned in a phase 3 monotherapy trial.