Barcelona, Spain (UroToday.com) Hypoxia-inducible factor (HIF)-2α is a transcription factor that is a key oncogenic driver in renal cell carcinoma (RCC) attributed, in 80-90% of patients, to the underlying protein product of von Hippel-Lindau tumor suppressor gene deficiency.1 VHL gene inactivation leads to accumulation of HIF-2α, which heterodimerizes with HIF-1β and activates the transcription of genes associated with tumor progression, such as VEGFA, CCND1, CXCR4, and TGFA2.1 PT2977 is a potent and selective small molecule HIF-2α inhibitor that prevents HIF-2α from heterodimerizing with HIF-1β, blocking the expression of HIF-2α target genes in tumour cells, and inducing regressions in mouse xenograft RCC models. The objective of the current study was to evaluate the efficacy and safety of PT2977 (MK-6482) for the treatment of advanced clear cell RCC, presented at ESMO 2019 by Dr. Eric Jonasch and colleagues.

In this study, patients with advanced solid tumours were treated with PT2977 in a dose-escalation design to determine the recommended phase II dose. Patients with advanced clear cell RCC who had received at least one prior therapy were enrolled in an expansion cohort at the recommended phase II dose of 120 mg orally once daily. 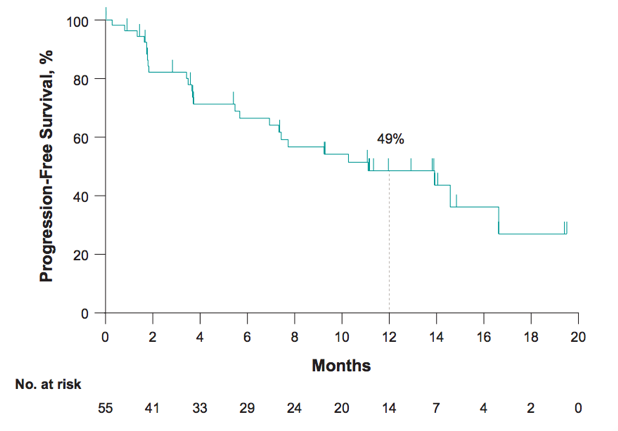 Dr. Jonasch’s concluding remarks from this phase I/II trial are as follows: