(UroToday.com) The treatment landscape in the first-line therapy of metastatic renal cell carcinoma (mRCC) has rapidly evolved over the past 3 years. Each of these treatment approaches has utilized an immunotherapy backbone with immune checkpoint inhibition. In a presentation at the European International Kidney Cancer 2021 Virtual Annual Meeting, Dr. Sautes-Fridman discussed the potential for targeting of the tumor microenvironment. 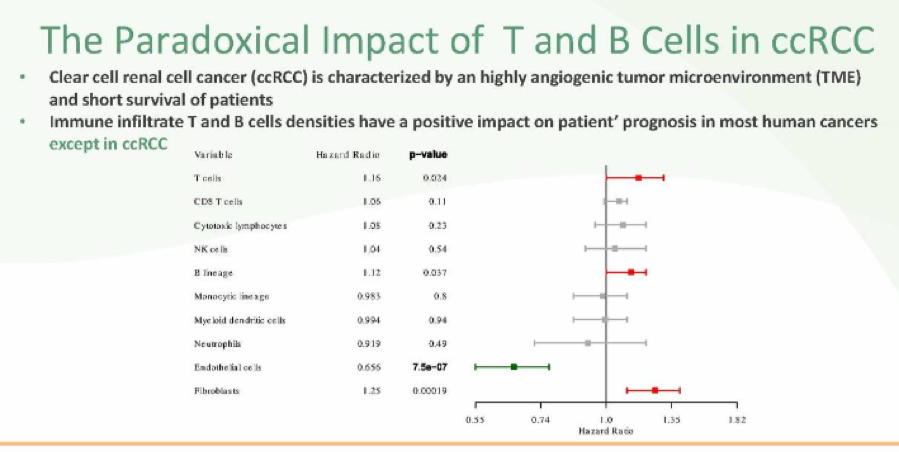 In work from her own lab, Dr. Sautes-Fridman highlighted that CD8+ T cell infiltration is associated with a worse prognosis for patients with ccRCC, whether assessed in the primary tumor or ccRCC-associated lung metastases.

Based on a study of 40 tumors, Dr. Sautes-Fridman described three phenotypes, characterized on the basis of activation and inhibitor markers on T and B cells. The first of these, Cluster 1, is characterized as immune silent. Cluster 2 has an immune-activated characteristic while Cluster 3 is referred to as immune-regulated. This third Cluster is characterized by more aggressive disease according to conventional measures including histologic grade and, in Kaplan Meier analyses, has worse kidney cancer-related survival.

These characteristics were further examined and characterized in single-cell analyses recently.

Dr. Sautes-Fridman then transitioned to describing the role of B cells. In tumors, the majority of B cells live in germinal centers of organized lymphoid aggregates which are referred to as tertiary lymphoid structures (TLS). These TLSs promote both T and B cell responses in cancer, including both local and systemic responses, initiated by contact with tumor antigens.

Dr. Sautes-Fridman highlighted that, while immune checkpoint inhibition has significantly improved survival for patients with ccRCC, biomarkers to predict response to therapy remain lacking. In sarcoma and melanoma, she highlighted data demonstrating that B cells are associated with response to nivolumab immunotherapy. Further, in the context of RCC, she presented unpublished data from the BIONIKK trial showing that, among clusters ccrcc1 and ccrcc4 which are the most immune active groups, TLS predicts response to immunotherapy and survival. 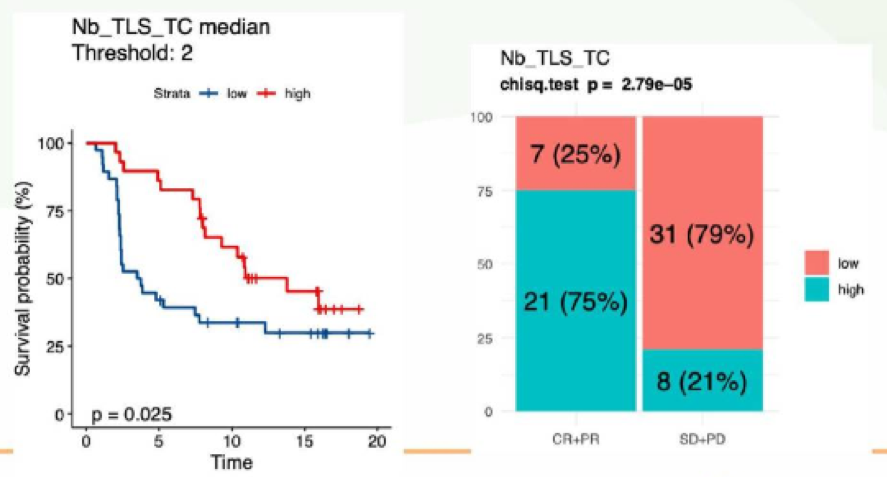 She concluded by highlighting that exhaustion of terminally differentiated T cells and activation of the classical complement cascade participate in poorer clinical outcomes among patients with ccRCC. B cells and tertiary lymphoid structures are predictive of immunotherapy response in RCC and may offer future potential as biomarkers.