Barcelona, Spain (UroToday.com) Intraductal carcinoma of the prostate is recognized as a poor prognostic risk factor. However, there are no data available on the optimal sequence of multiple new agents for metastatic castrate-resistant prostate cancer (mCRPC). The authors of this study aimed to investigate the efficacy of docetaxel and androgen receptor axis-targeted (ARAT) agents in mCRPC patients with intraductal carcinoma.

This was a retrospective study of 311 mCRPC identified patients, who were diagnosed between 2007 and 2016. All patients underwent prostate biopsy at 7 affiliated institutions and were diagnosed with advanced prostate cancer. All patients received androgen deprivation therapy (ADT), followed by docetaxel, and then ARAT (abiraterone or enzalutamide) after progressing to mCRPC. The primary outcome of this study was overall survival from the time of CRPC status and progression-free survival from the time of administration of docetaxel or ARAT. The intraductal carcinoma was defined by the criteria established by McNeal and Yemoto.1 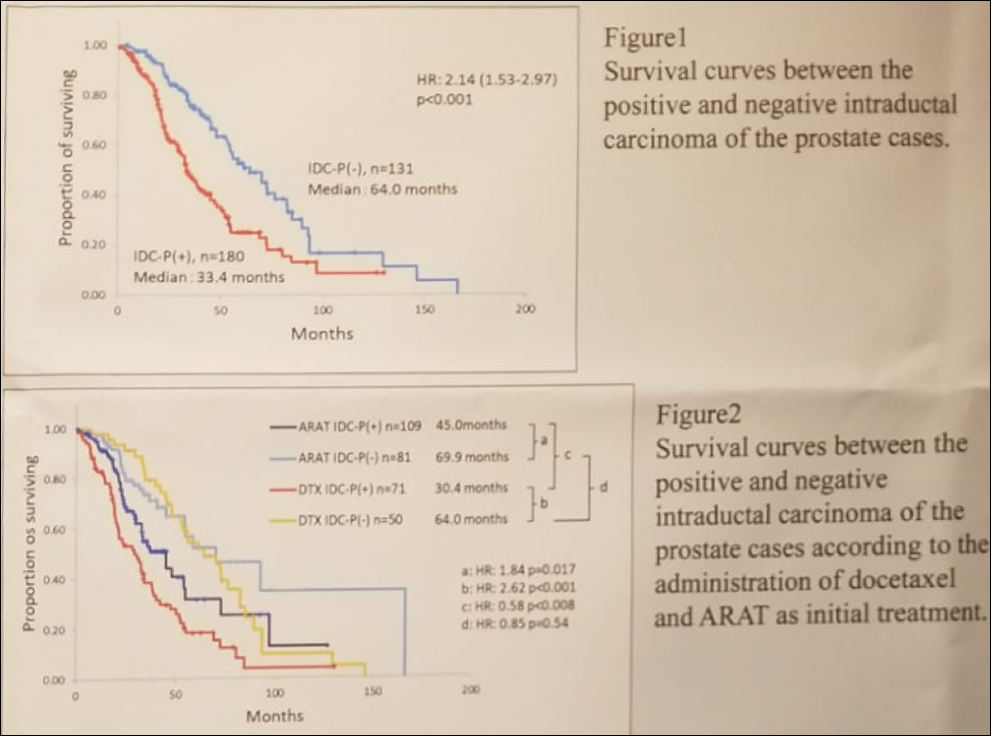 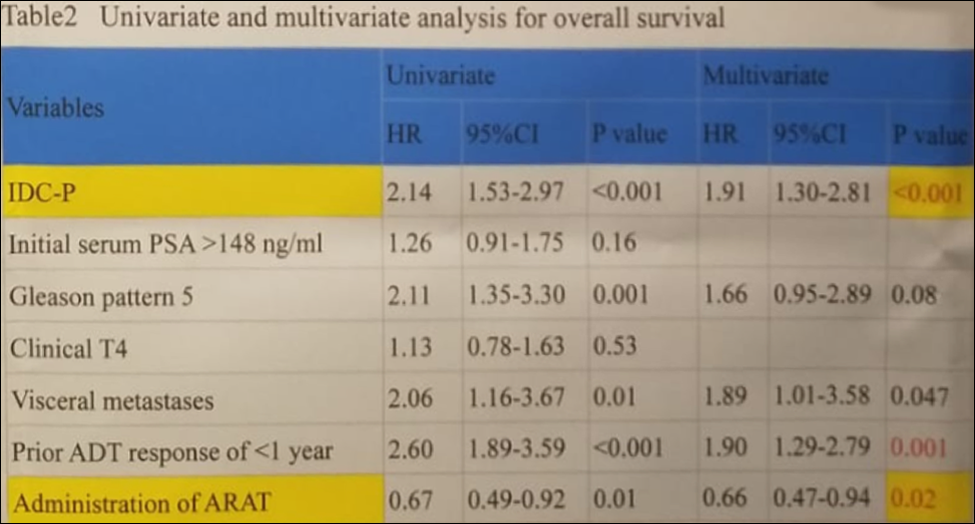 In conclusion, despite the retrospective nature of this study and all its associated limitations, the present study shows an association between intraductal carcinoma and worse overall survival and progression-free survival in mCRPC patients. In these specific patients, improved oncological outcomes may be expected with ARAT agents, rather than with docetaxel as initial treatment.