Published 21 March 2019
Barcelona, Spain (UroToday.com) There is data coming from prospective randomized trials endorsing the use of mpMRI as a triage test for prostate cancer diagnosis in biopsy naïve men. The PRECISION trial1 assessed the superiority of mpMRI-targeted biopsy over systematic biopsies for the detection of clinically significant prostate cancer.  In this presented study, the authors analyzed the pathological outcomes at radical prostatectomy and compared it to the pathologic results of the biopsy in biopsy naïve men, who were referred for mpMRI-informed targeted biopsy alone.

This study took place between 2016 and 2018 and included 138 biopsy naïve patients with a suspicion of prostate cancer and a suspicious mpMRI lesion (>=PIRADS 3). All patients underwent in bore MRI targeted biopsies (2-5 cores per area) of suspicious lesions, without standard sampling. Out of 138 patients, 64 had subsequently undergone radical prostatectomy. The authors also performed a logistic regression model to assess predictors of discordance between biopsy and final pathology results (after radical prostatectomy).

The clinical characteristics of the patients are shown in table 1. Overall 19 (30%), 16 (25%), 4 (6.5%) and 2 (3%) of patients had clinically significant prostate cancer, extracapsular extension, seminal vesicle invasion, and lymph node invasion, respectively, at final radical prostatectomy pathology. Figure 1 demonstrates the concordance of tumor location and laterality between the biopsy and the final radical prostatectomy pathologic specimen, demonstrating an overlap of 86%. In contrast, the discordance rate in the Gleason score between the biopsy and the final radical prostatectomy specimen was as high as 44% (28/63 patients). A total of 3 and 23 patients had downgrading and upgrading, respectively. Lastly, 3 (5%) and 7 (11%) clinically significant prostate cancers were overestimated and underestimated, respectively, by performing biopsies only in the target zone. Table 2 demonstrates the results of the multivariable logistic regression model attempting to ascertain the predictors of discordance between the biopsy and radical prostatectomy pathology results. The results of this model show that rising maximal positive core length predicts discordance (OR 1.22 95% CI 1.03-1.06).

The authors concluded that approximately 50% of patients referred for mpMRI-targeted biopsy demonstrate a Gleason grade discordance between the biopsy and the final radical prostatectomy pathology results. Also, 11% of the patients are affected by clinically significant prostate cancer that is misdiagnosed if standard biopsy cores are avoided. These are very interesting results that require validation in larger prospective studies. 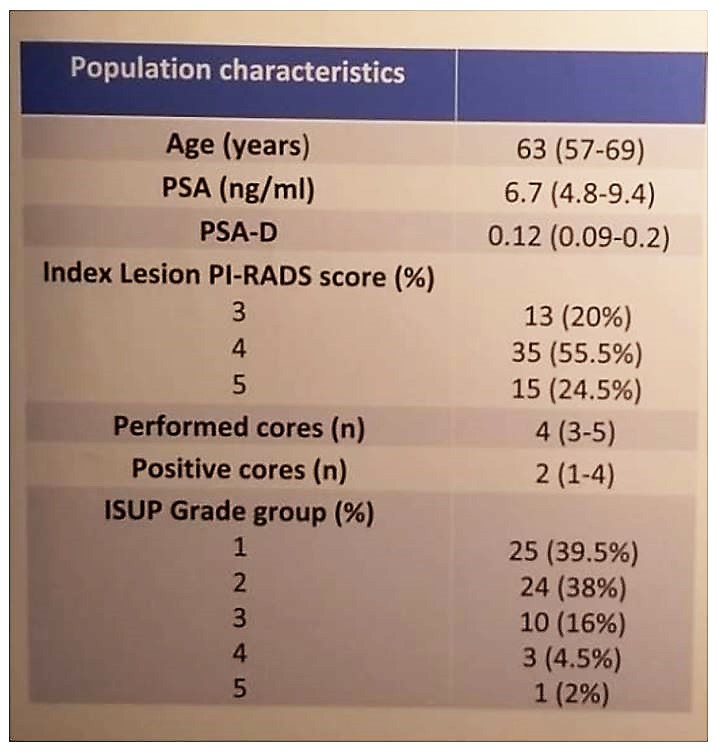 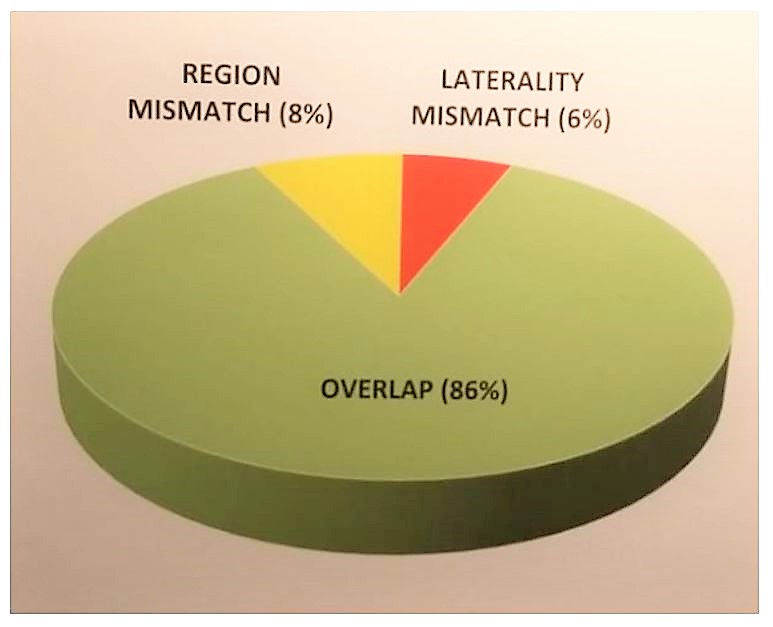