(UroToday.com) The utilization of multiparametric magnetic resonance imaging (mpMRI) in the diagnosis and management of prostate cancer has rapidly expanded in the past few years. The recent PRECISION trial, along with others, have examined the value of mpMRI prior to prostate biopsy in men with elevated PSA levels. In general, these studies have demonstrated a decrease in the detection of low-grade prostate cancer along with concomitant increase in the diagnosis of high-grade prostate cancer for men undergoing MRI prior to biopsy. This has been interpreted widely as supporting the role of MRI.

In a podium presentation at the American Urologic Association 2020 Virtual Annual Meeting, Andrew Vickers, PhD, and Sigrid Carlsson, MD, PhD, MPH, presented an analysis predicated on the notion that over grading of detected tumors would provide the same apparent effect, without an actual clinical benefit. Using a counterfactual framework, the authors consider cases, for example, where a patient with Gleason grade group (GGG1) disease on TRUS is found to have GGG2 disease on MRI guided biopsy. The apparent benefit of this detection of higher-grade disease is only clinically beneficial if early intervention on the GGG2 disease provided incremental clinical benefit. 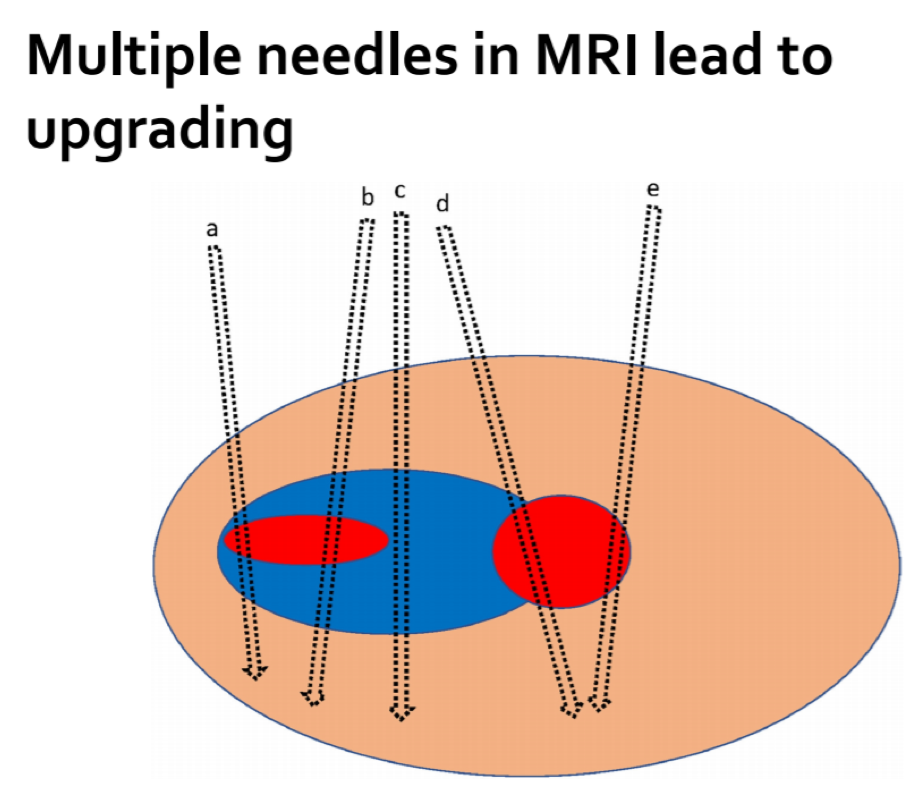 To assess, this, the authors performed a modeling study based on the results of the PRECISION trial. They constructed a number of individual-level counterfactual scenarios, varying the proportion of MRI-detected high-grade cancers that were reclassified from low-grade vs. benign TRUS biopsy. We assumed that patients with GGG1 disease would undergo surveillance while those with GGG2 or greater would undergo curative-intent treatment. We considered treatment to constitute high harm, active surveillance to be moderate harm and additional biopsy to constitute minor harm. Further, delayed intervention for patients initially started on surveillance was also considered moderate harm. 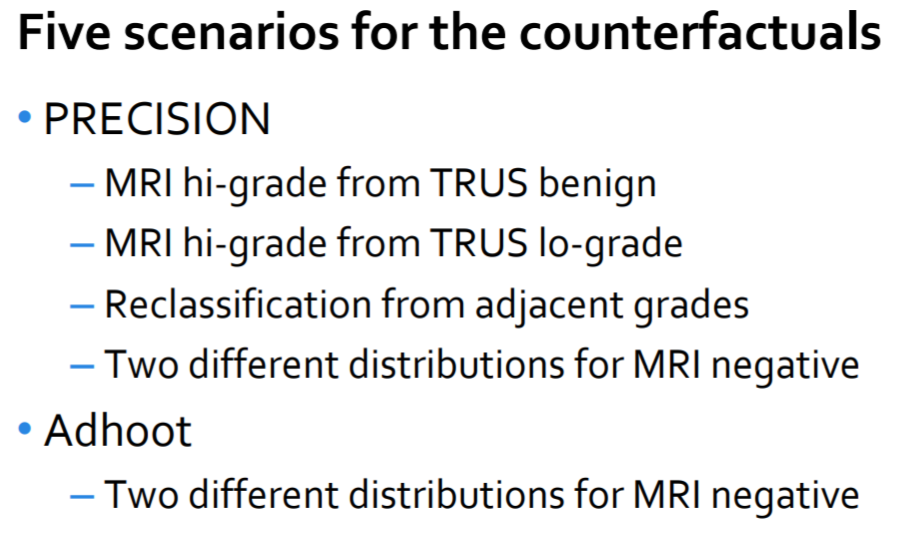 Across a number of scenarios, upfront use of MRI was fairly consistently associated with very low levels of net benefit that were highly dependent on assuming that the higher rates of GG2+ disease on MRI resulted from reclassification from benign disease on TRUS. 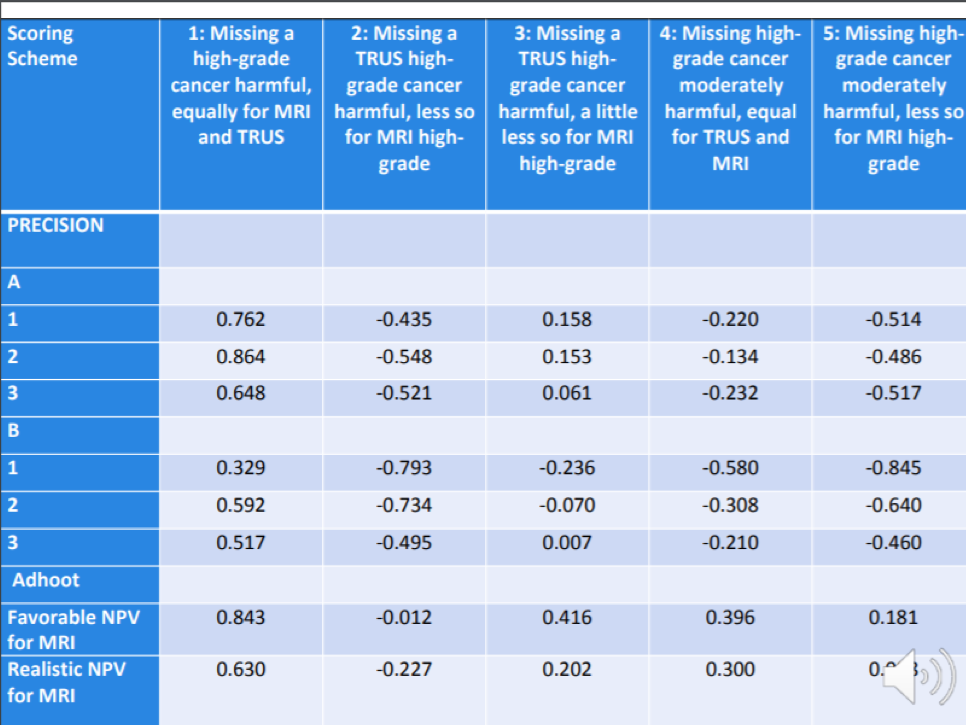 In their primary, base case analysis, the most favorable interpretation demonstrated a net benefit for MRI equivalent to 50 MRIs to prevent one overdiagnosis of GG1. Further, in many scenarios, use of MRI resulted in net harm. MRI had an important benefit only under the scenario where MRI and TRUS tumors were, grade for grade, of similar oncologic risk, a position not supported by the best evidence.

This study suggests that current enthusiasm for early use of mpMRI in prostate cancer detection may overestimate the benefits and underestimate the harms of this strategy.