It has also been shown that pre-existing cardiovascular disease increases the risk of death in prostate cancer patients, as can be seen in Table 1. 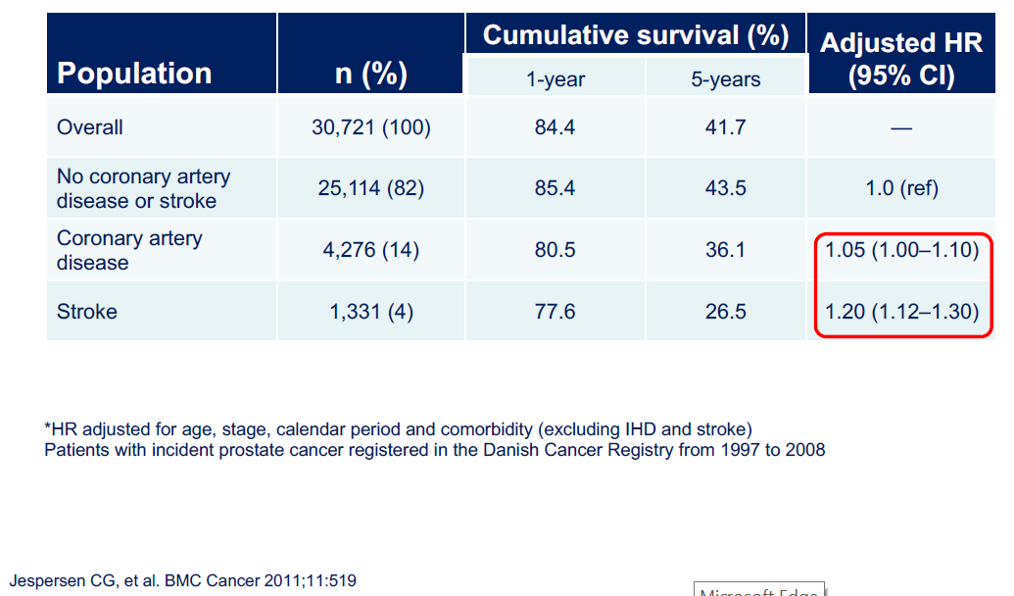 It has also been shown that compared to the normal male population, men treated with ADT are at an increased risk for cardiovascular events (Figure 1). 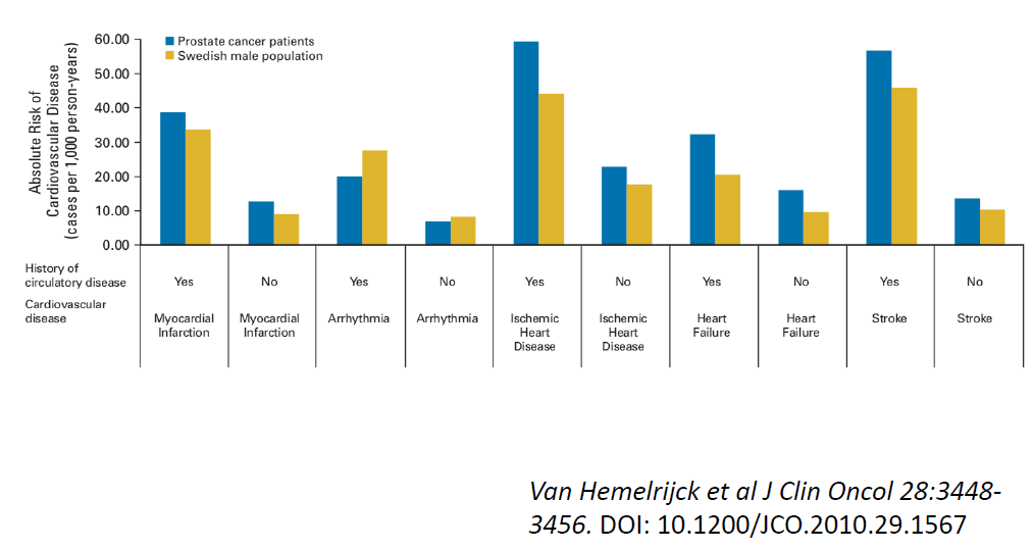 There is also data showing that the cardiovascular risk may depend on the type of ADT being used, with bilateral orchiectomy showing a lower rate of cardiovascular events than LHRH agonists (Table 2).

Table 2- Cardiovascular risk is affected by the type of ADT used: 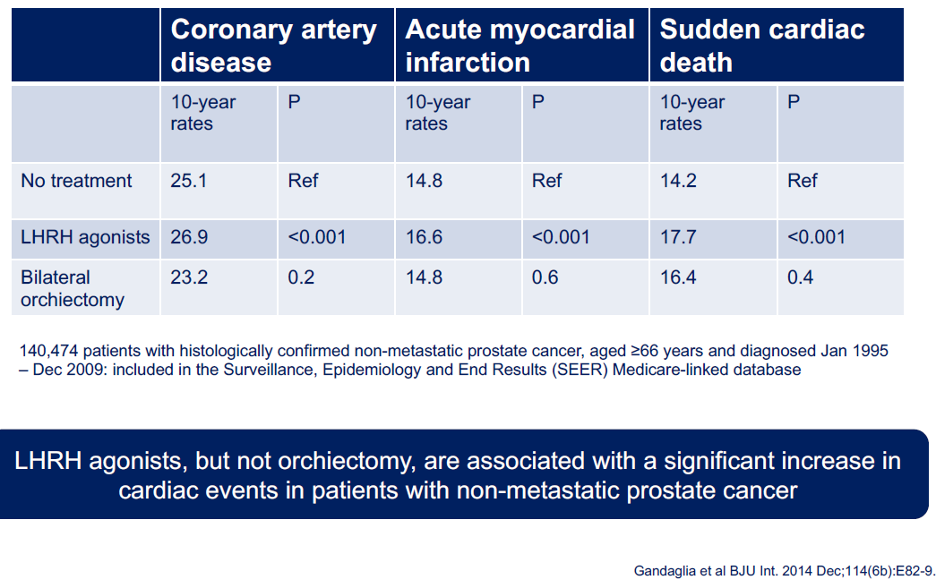 The presented study's aim was to clarify whether the cardiovascular risk in prostate cancer patients is, as suggested, lower in patients treated with GnRH antagonists compared to GnRH agonists. The authors used real-world data acquired from the Optimum Patient Care Database (ODCPR) – a UK primary care database, consisting of over 700 general practitioners' practices, consisting of records from 8.8 million patients.

In this study, patients with prostate cancer who were new users of GNRH antagonists and GnRH agonists were identified. The relative risk of cardiovascular events, including heart failure, myocardial infarction, arrhythmia, and ischemic heart disease for both types of treatments was determined.

The baseline characteristics of the patients analyzed in this study are shown in Table 3, and the relative risk of degarelix (GnRH antagonist) vs. GnRH agonists is shown in Figure 2. 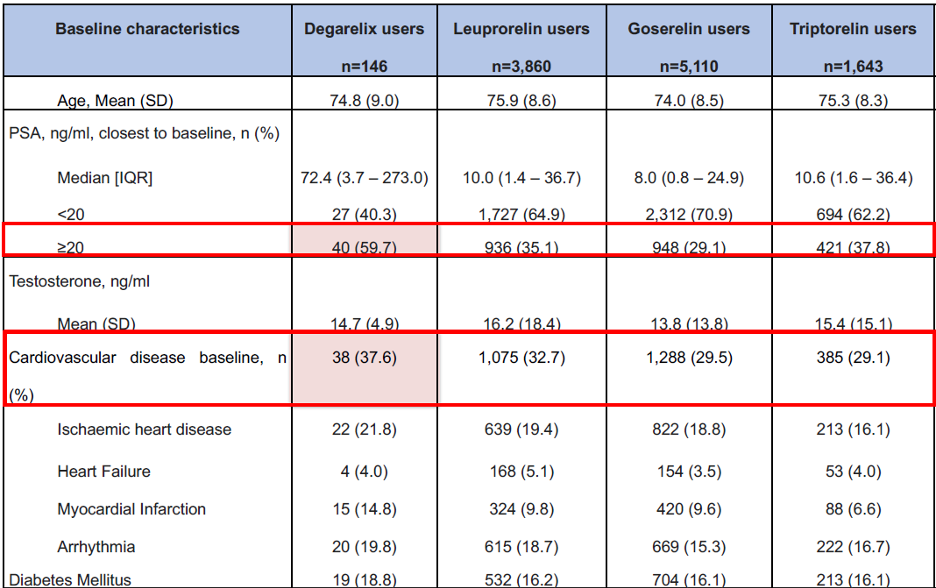 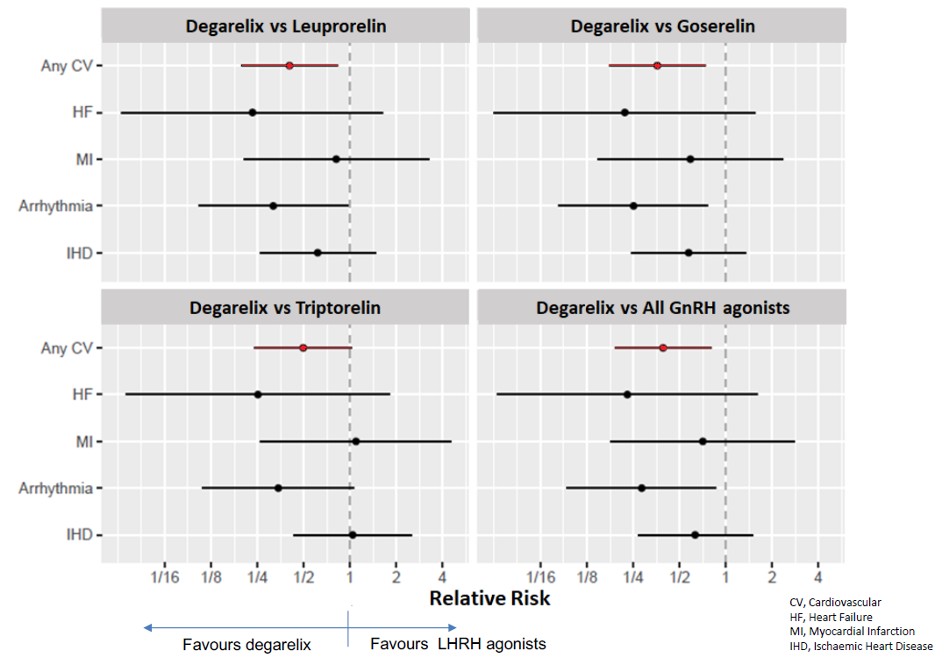 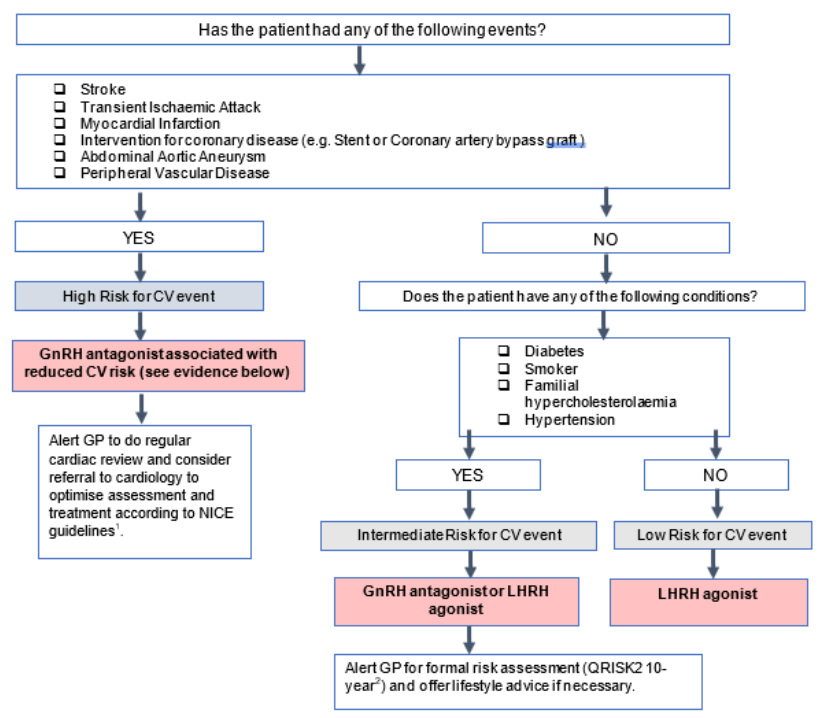