The authors used data from the SEER-Medicare database to identify patients ≥66 years old who underwent nephrectomies for malignancy between 1999 and 2014 (N=25,641). The authors identified nephrology referrals on the basis of nephrology claims and identified if and when patients were referred by CKD disease status and surgery type. They then used logistic regression to identify associated patient factors and used a Cox proportional hazard regression model to assess associations with survival with logistic regression and survival analyses conducted for cases from 2004-2014 with available comorbidity data (N=16,612). 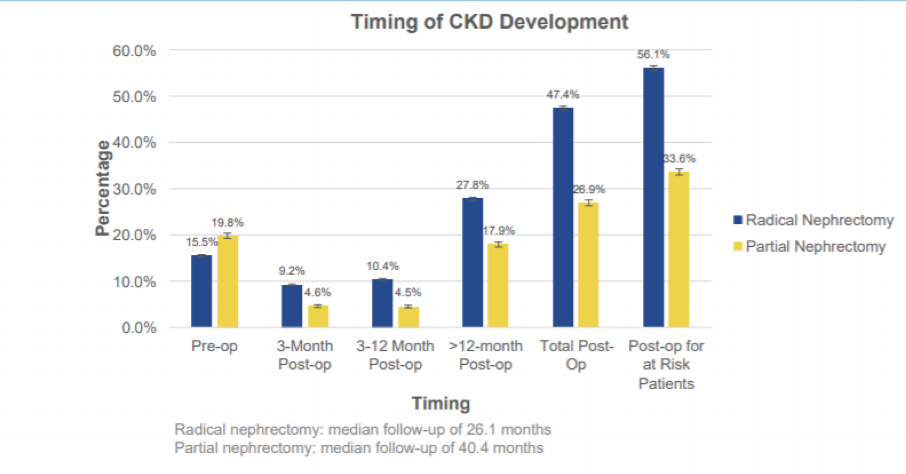 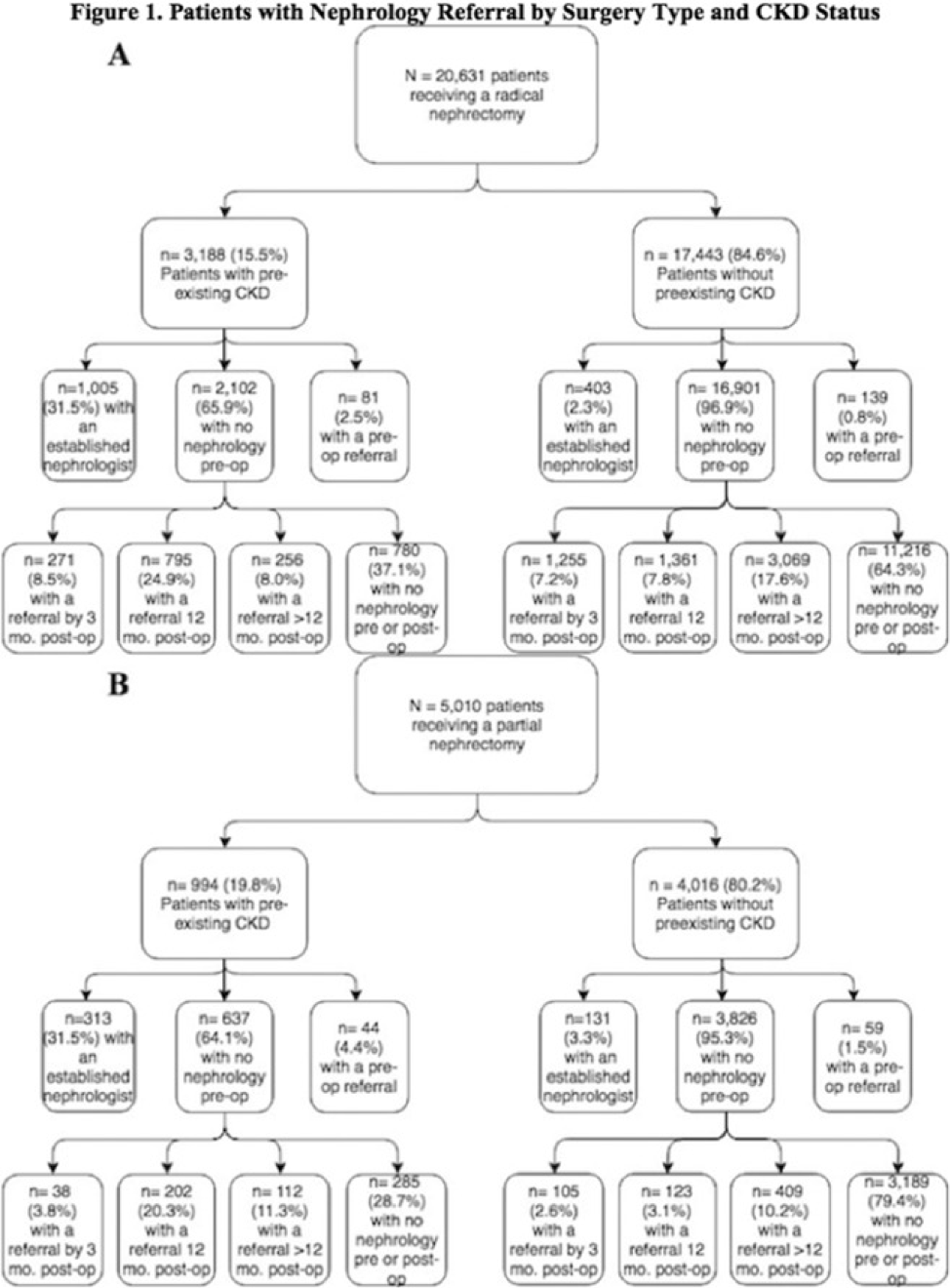 The authors conclude that few patients at risk for CKD development or progression receive nephrologic care prior to nephrectomy. However, pre-operative consultation did not appear to confer a survival benefit, though there may be residual confounding.