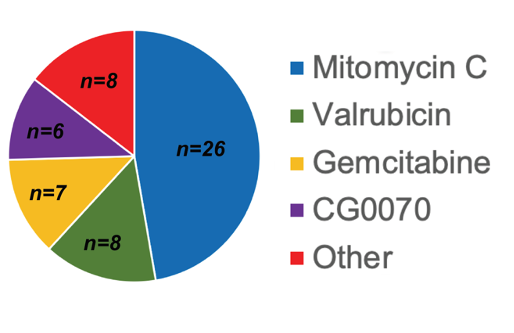 The median follow-up among survivors was 1.1 (IQR 0-4.3) years, during which time 149 patients died, including 79 from bladder cancer. Age, race, body mass index (BMI), and Charlson Comorbidity Index were similar between groups. Patients who received salvage intravesical therapy were more likely to initially present with carcinoma in situ (CIS) (27% vs 17%) and less likely to present with T1 disease (33% versus 50%, both p<0.05). Receipt of salvage intravesical therapy was not associated with increased risk of adverse pathology (≥pT2 or pN+) at radical cystectomy (33% versus 41%, p=0.27).

Dr. Packiam concluded his presentation with the following take-home messages: