Dr. Daneshmand began by pointing out that muscle-invasive bladder cancer (MIBC) is a deadly disease, the management of which requires meticulous attention to detail and nuance. Further, he highlighted that urinary diversion is a key driver of post-operative complications.

He then began to focus on the comparative evidence between open and robotic-assisted radical cystectomy. Highlighting a variety of observational comparative studies, he highlighted that a robotic approach is associated with a significant increase operative duration (1.1 hours) with lower estimated blood loss (557cc) and shorter hospital length of stay (difference of 2.3 days). 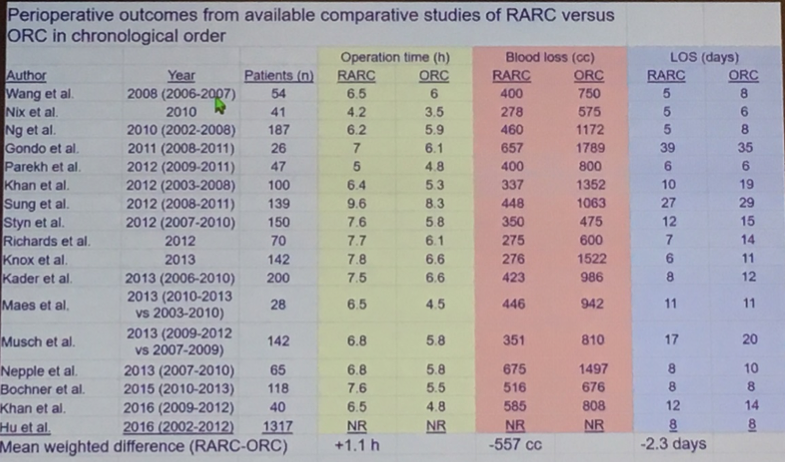 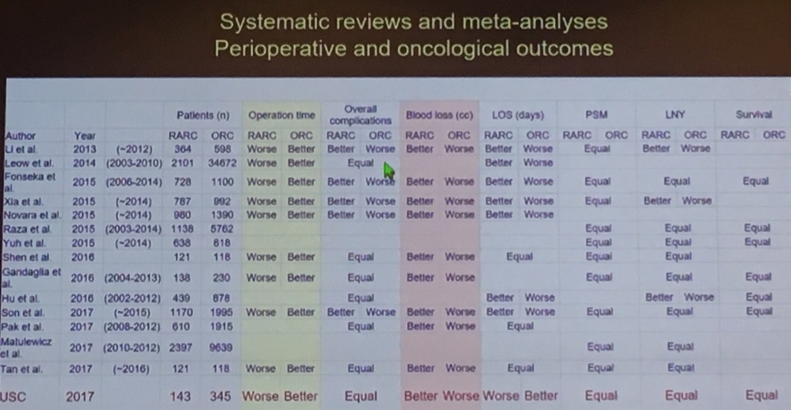 However, robotic-assisted radical cystectomy comes at the expense of consistently higher direct costs. 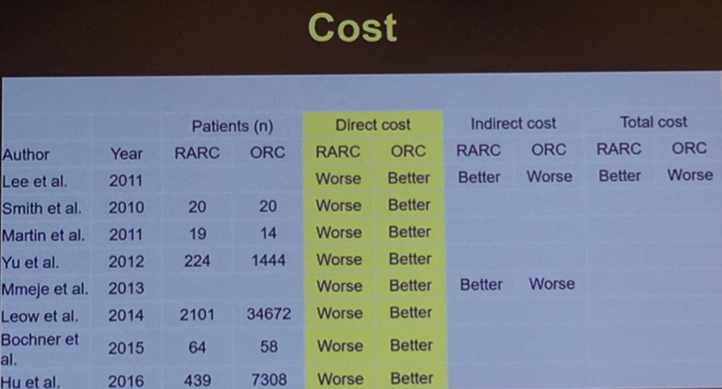 He then went on to highlight the available randomized controlled trials including the Bochner trial from Memorial Sloan Kettering and the RAZOR trial. 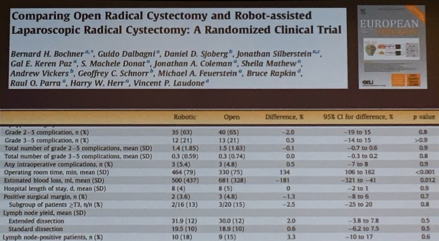 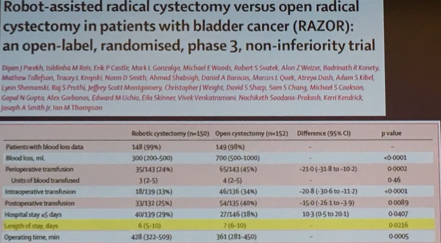 Summarizing data from five randomized controlled trials, a Cochrane systematic review concluded that robotic-assisted radical cystectomy was associated with significantly shorter hospitalization durations but with a low quality of evidence. A further meta-analysis by Tan et al. concluded that there was no meaningful benefit to a robotic approach over open radical cystectomy. 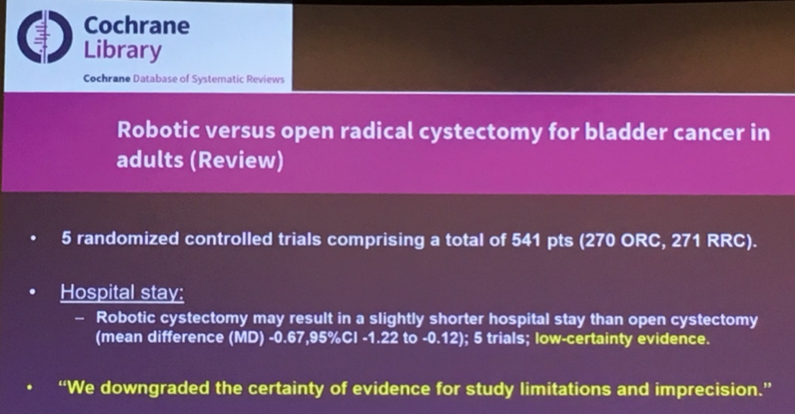 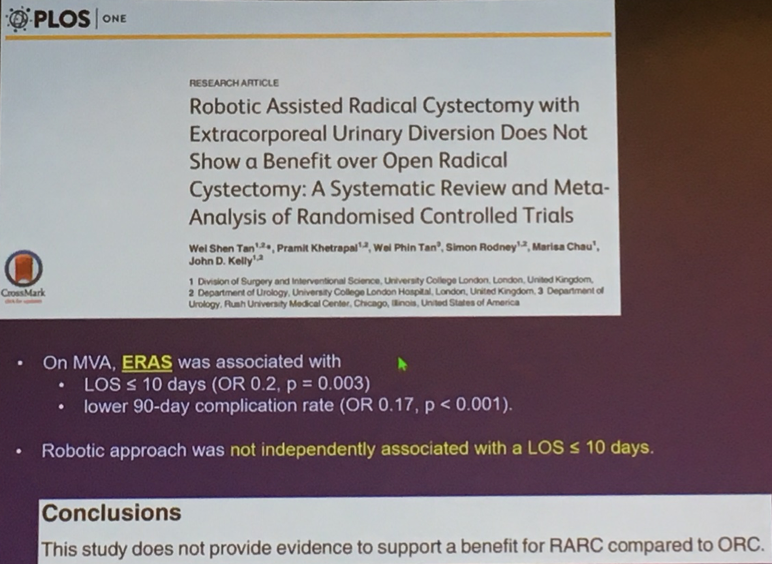 In contrast, while accounting for surgical approach (open versus robotic), the use of ERAS protocols was associated with a significantly increased likelihood of a length of stay less than 10 days. 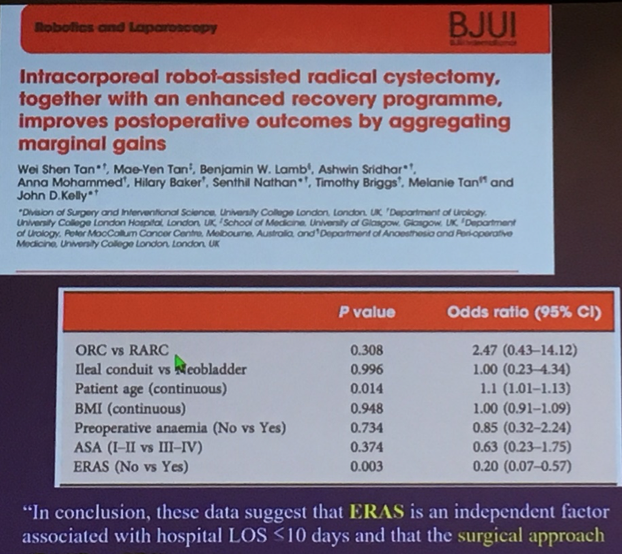 Dr. Daneshmand then highlighted the ERAS protocol at the University of Southern California, including preoperative, intraoperative, and postoperative factors. 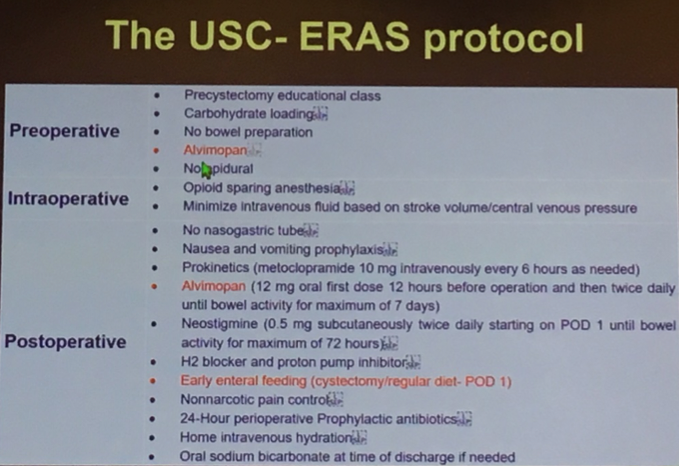 In a non-randomized comparison of patients undergoing open and robotic radical cystectomy, all of whom underwent ERAS, he demonstrated that most outcomes were comparable between the approaches, apart from a longer operative time in RARC, a lower estimated blood loss in RAR, high use of orthotopic diversion with open RC, shorter hospital length of stay in open RC, and similar complications and readmissions. 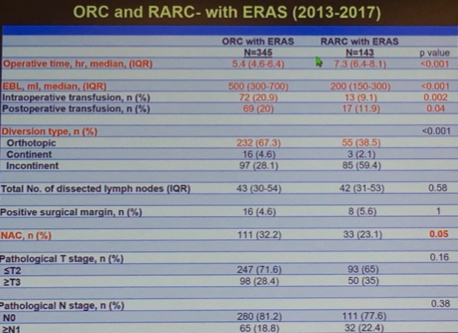 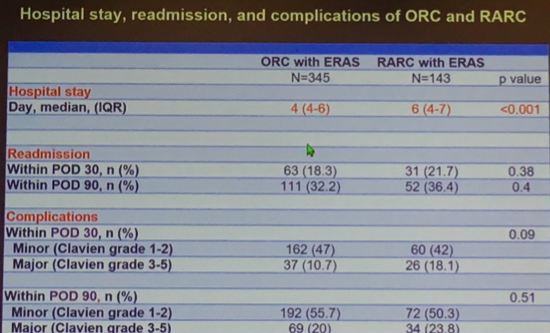 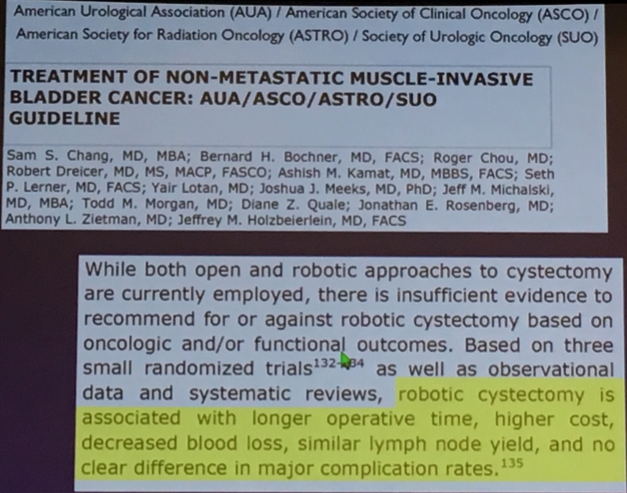 Thus, he concluded that ERAS improves patient outcomes regardless of the surgical approach.


Presented by: Siamak Daneshmand, MD Associate Professor of Urology Keck School of Medicine USC with Clinical Scholar designation and serves as director of clinical research as well as the urologic oncology fellowship director.