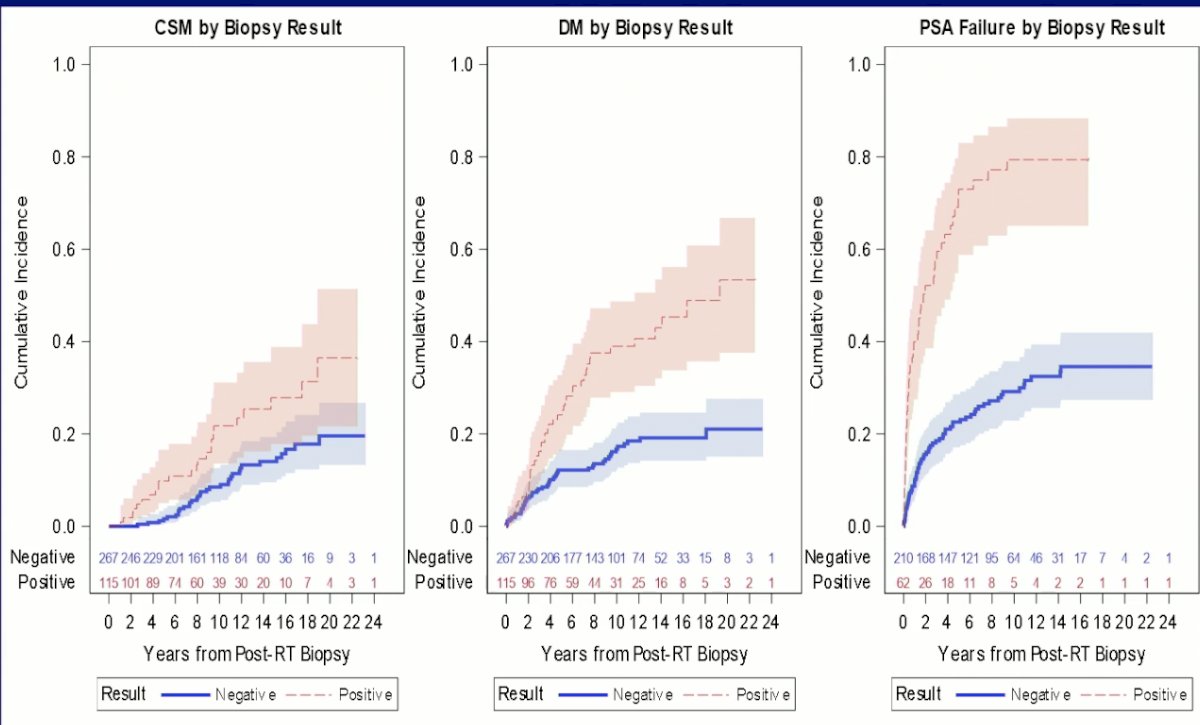 This study included 416 patients with low and intermediate risk prostate cancer who underwent a post-treatment biopsy (following high-dose EBRT). 186 patients were treated with conventional fractionation IMRT with a median dose of 81 Gy (range: 75.6 – 81 Gy), and 230 patients received SBRT to a median dose of 40 Gy in 5 fractions (range: 37.5 – 40 Gy). Biopsies were performed two to three years after radiation therapy (median 12 – 15 cores).

Looking at baseline patient characteristics, about 80% of patients in this cohort were NCCN intermediate risk. Use of short-term ADT (6 months) was more common in patients in the SBRT arm (84% versus 56%), and, as expected, radiation dose was higher in the IMRT group (81 Gy versus 40 Gy). 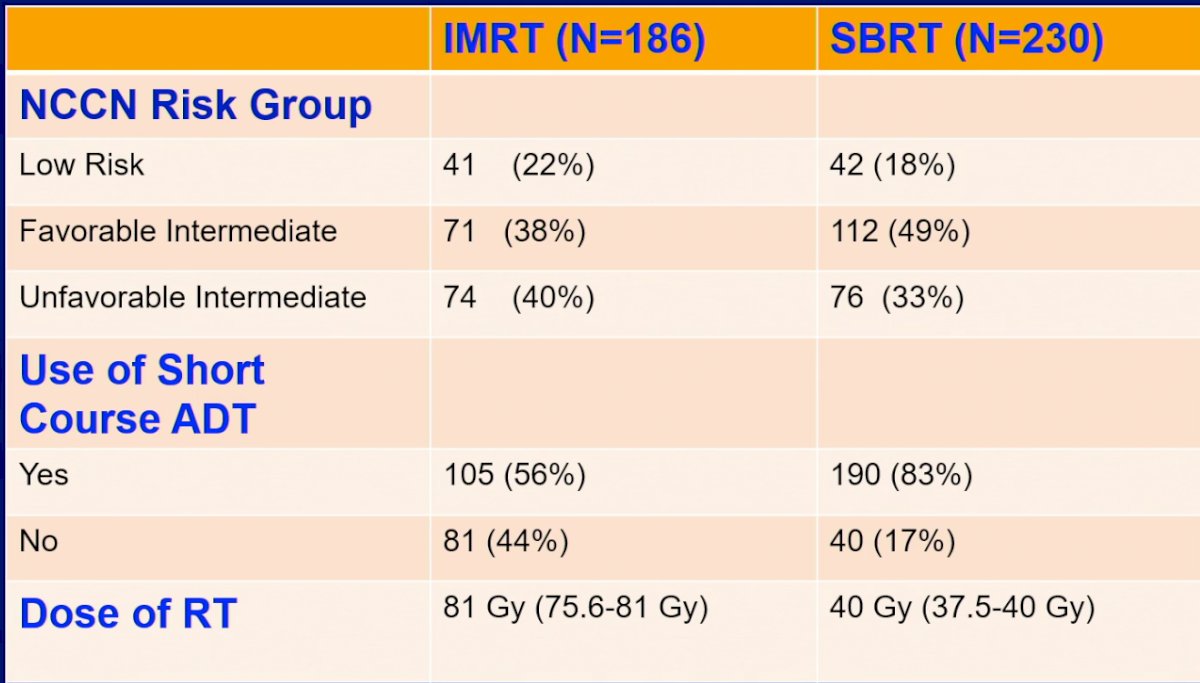 The proportion of patients with a positive post-treatment biopsy was significantly lower in the SBRT arm (11% versus 38% in the IMRT arm, p<0.001). It bears note that these were not patients that necessarily ha a PSA relapse, but those who underwent an a priori scheduled biopsy. 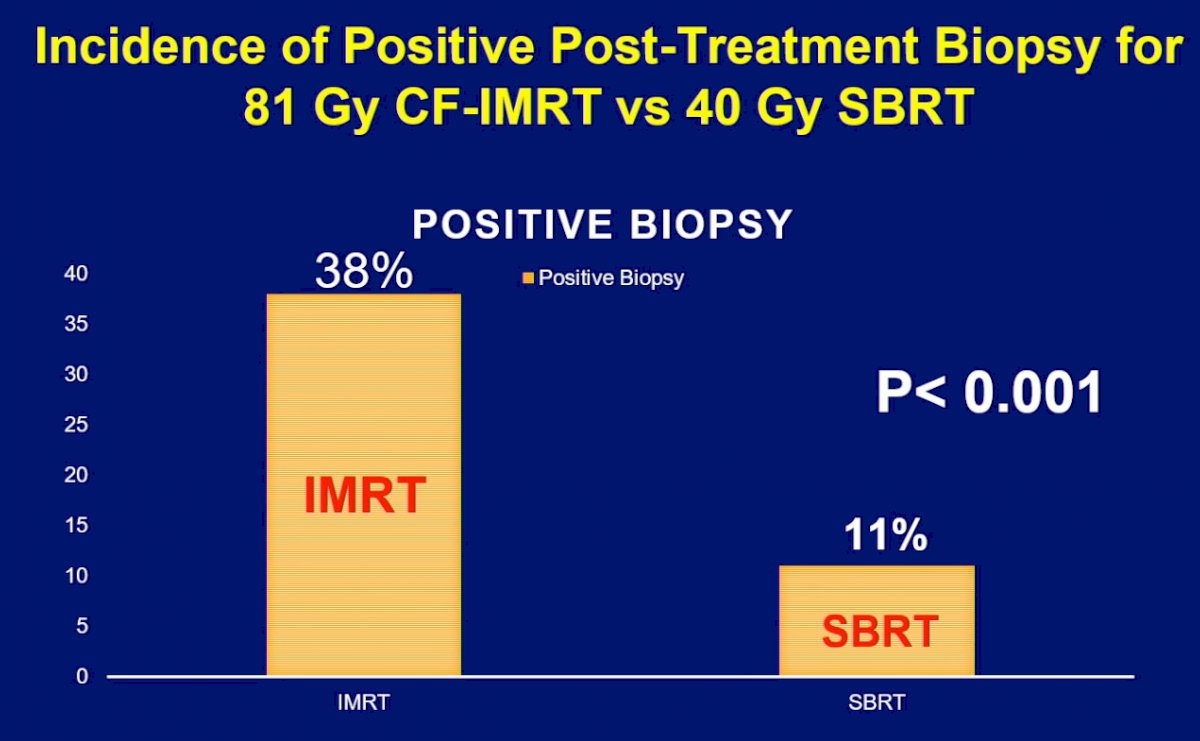 Incidence of a post-treatment positive biopsy was significantly higher in patients who did not receive ADT (28%) compared to those who received ADT 13%, p=0.002). 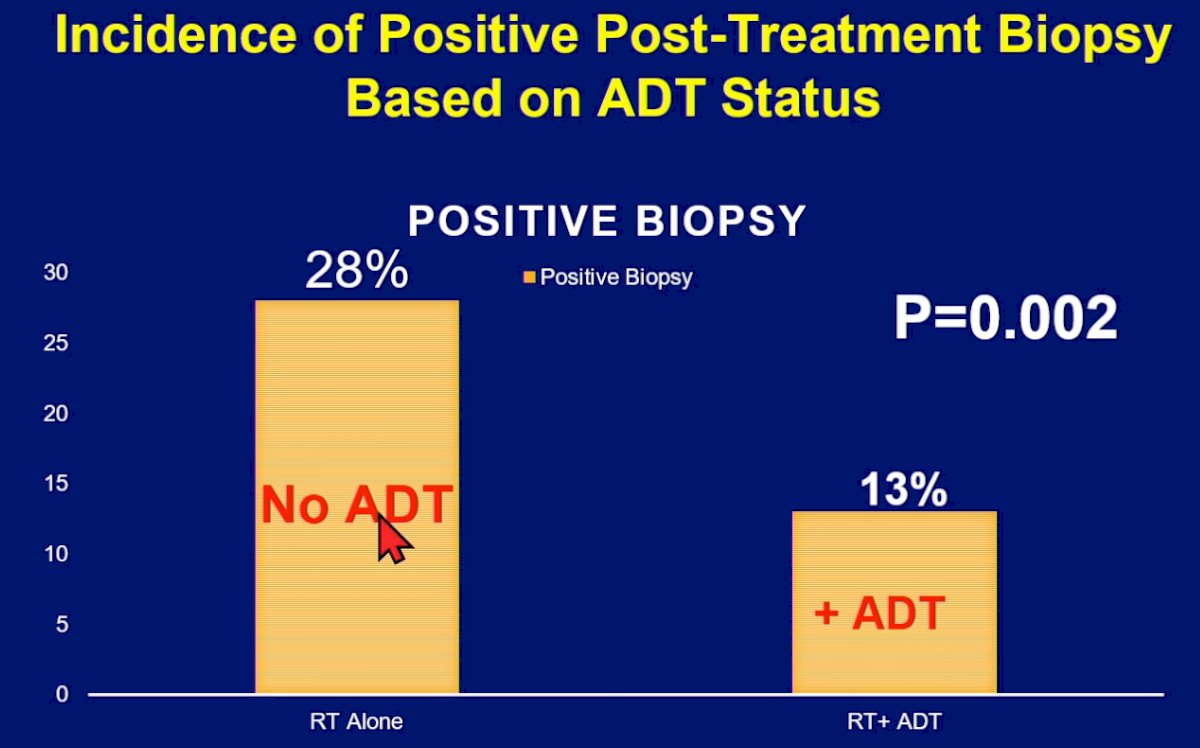 Next, restricting analysis to patients with unfavorable intermediate risk disease and looking at ADT use among the IMRT versus SBRT cohorts, the authors determined that use of ADT in these patients was associated with a decreased incidence of a positive prostate biopsy, irrespective of radiation regimen as demonstrated below: 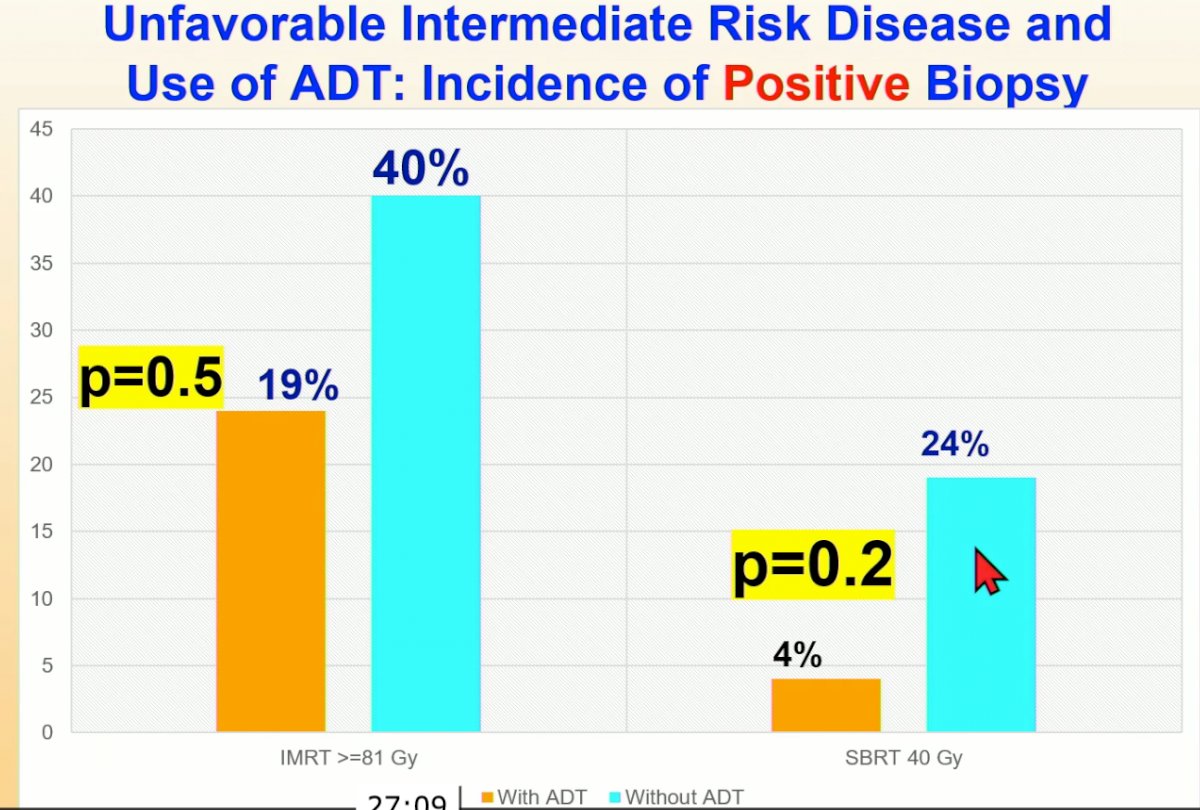 There was no sufficient evidence to suggest that the effect of hormone therapy on biopsy outcomes differed either between the two radiation types or between the different risk groups.