(UroToday.com) The 2022 ASTRO annual meeting featured a session on bladder and kidney preservation, including a presentation by Dr. Jason Efstathiou discussing a multi-institutional matched comparison of radical cystectomy to trimodality therapy for muscle invasive bladder cancer. There is a growing body of evidence for trimodality therapy regarding efficacy and safety, and it is now an accepted option by a number of guidelines in selected patients with muscle invasive bladder cancer. However, prior randomized controlled trials comparing bladder preservation to radical cystectomy for muscle invasive bladder cancer closed early due to lack of accrual (ie. the SPARE trial). Given that no future randomized controlled trials are foreseen, and in the absence of level 1 data, Dr. Efstathiou and colleagues aimed to provide the best evidence possible on outcomes of matched cohorts comparing trimodality therapy (maximal transurethral resection of bladder tumor followed by concurrent chemoradiation) to radical cystectomy in order to guide management. 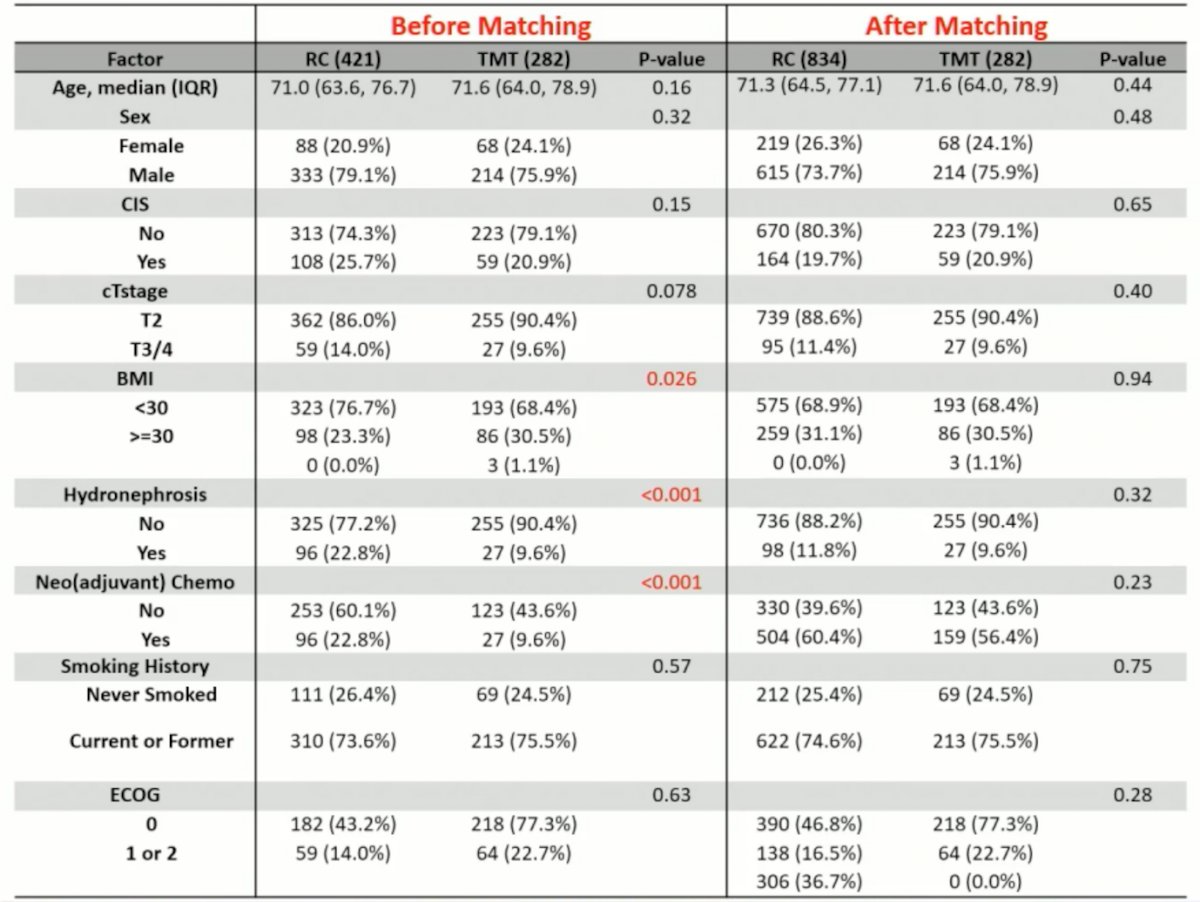 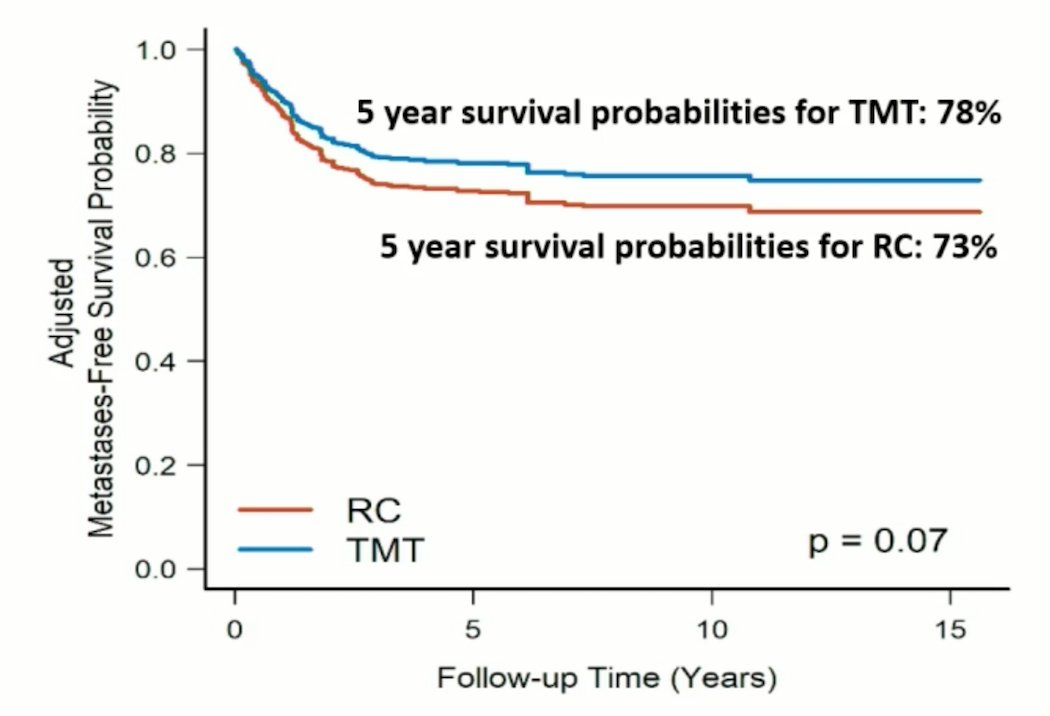 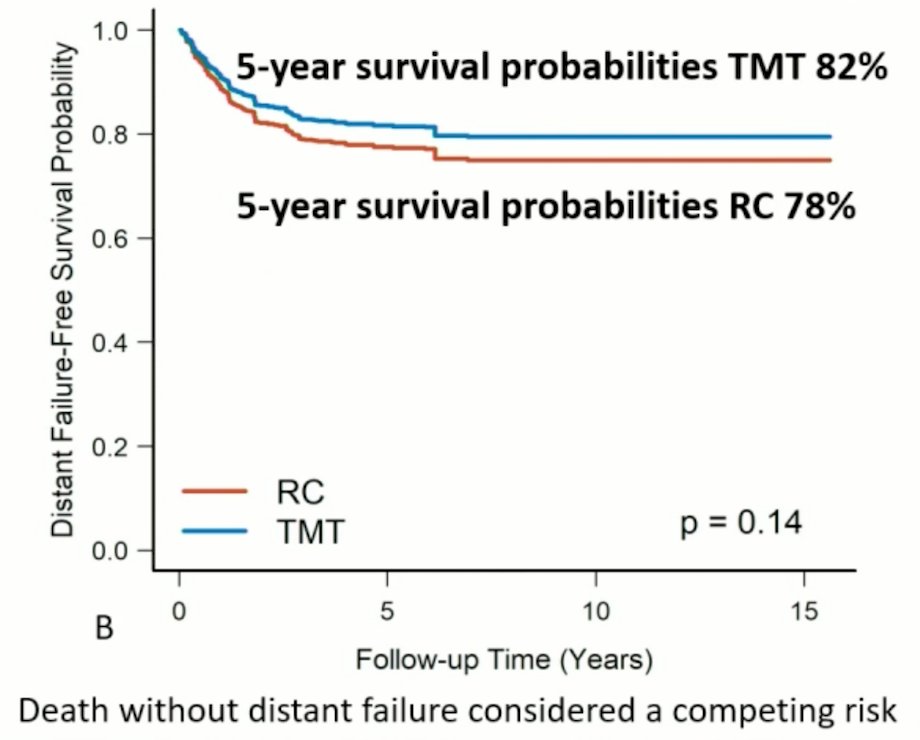 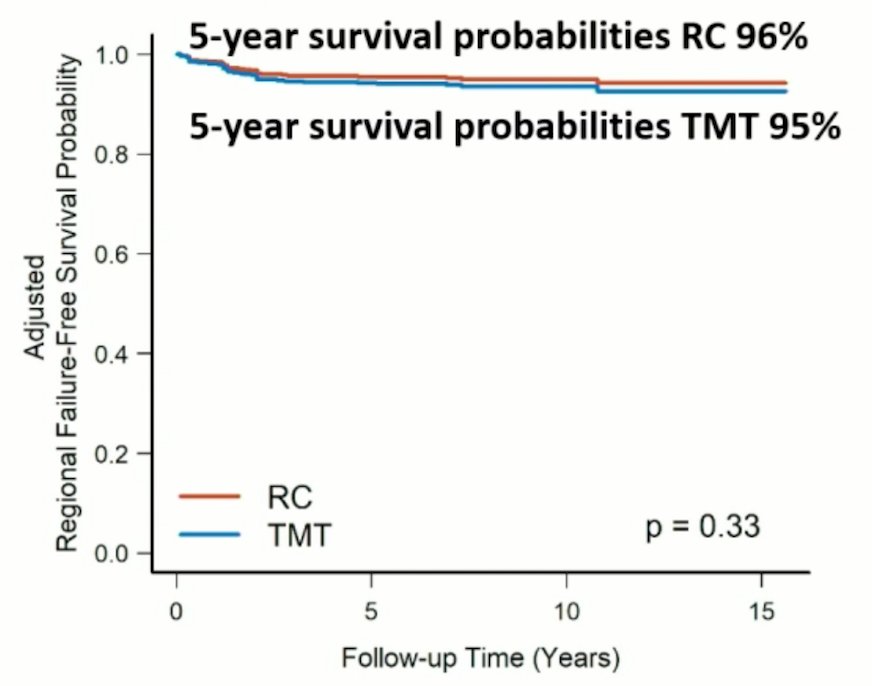 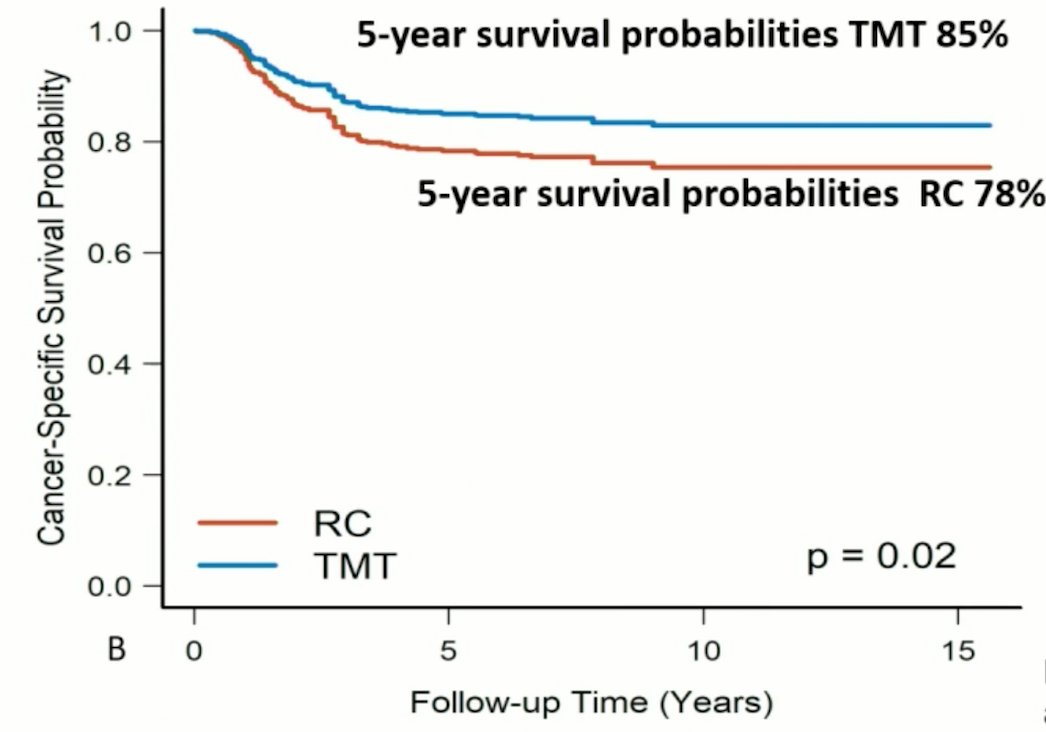 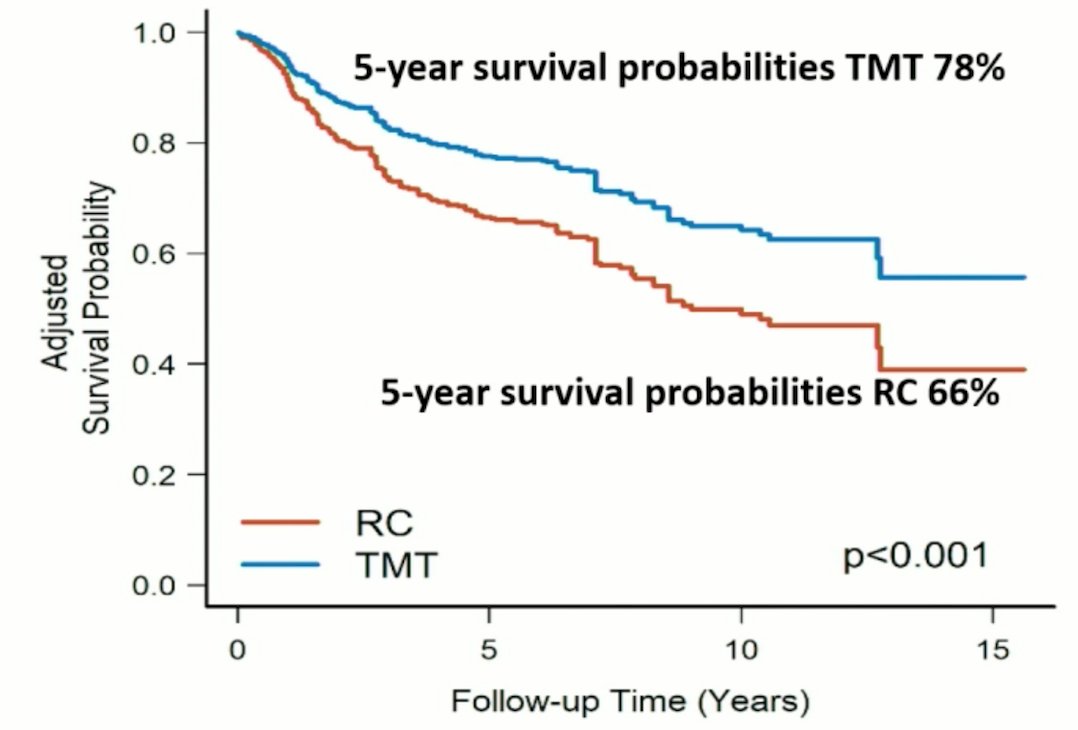 Outcomes for radical cystectomy and trimodality therapy were not different among centers. Dr. Efstathiou and colleagues also performed several sensitivity analyses. There was no difference in metastasis-free survival for 128 patients that received neoadjuvant chemotherapy matched 1:1 to 128 trimodality therapy patients (p = 0.56): 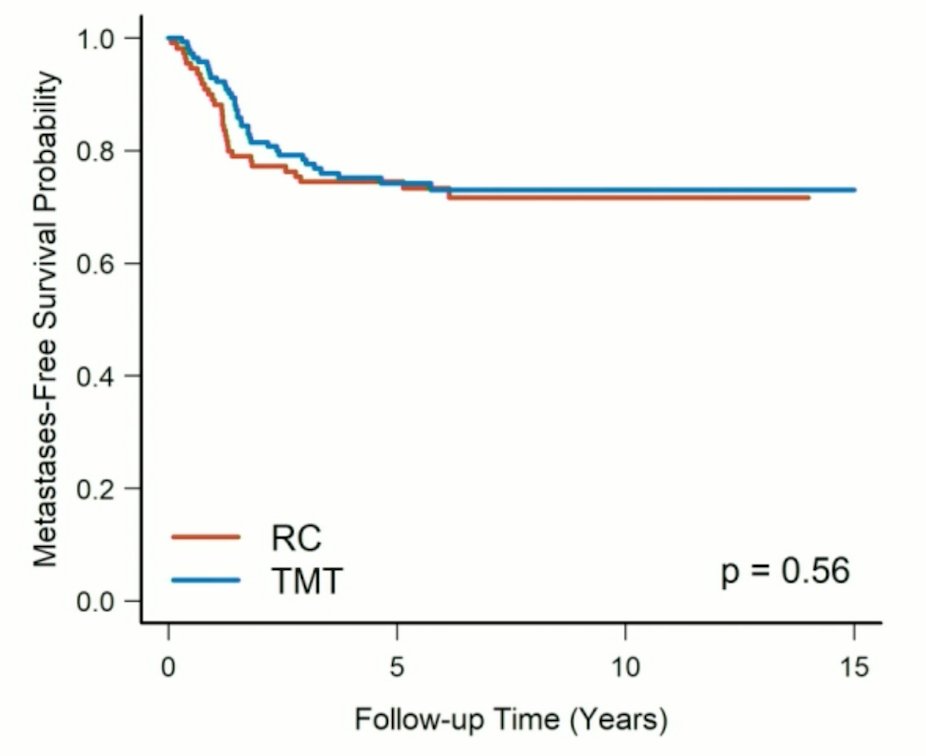 Among the radical cystectomy patients, metastasis-free survival by pathological stage with or without hydronephrosis was statistically significant (p = 0.042): 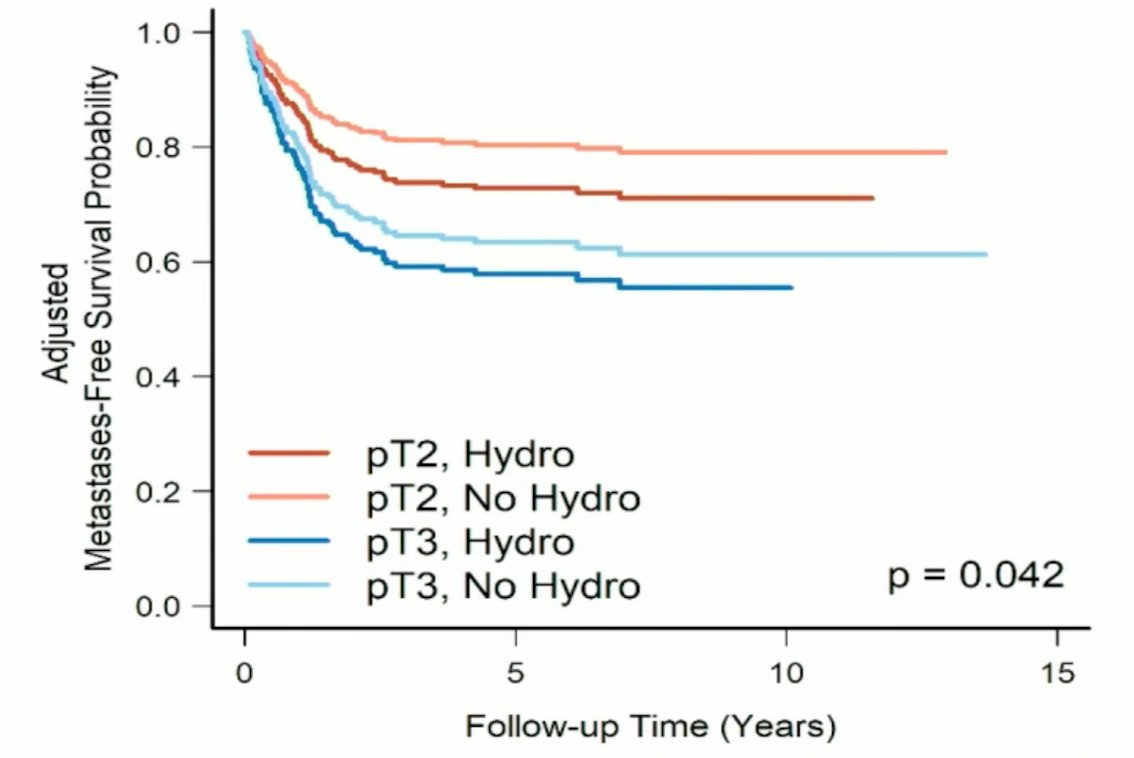 Among trimodality therapy patients, there was no difference in cancer specific survival when stratified by salvage cystectomy status (83% vs 80%, p = 0.70): 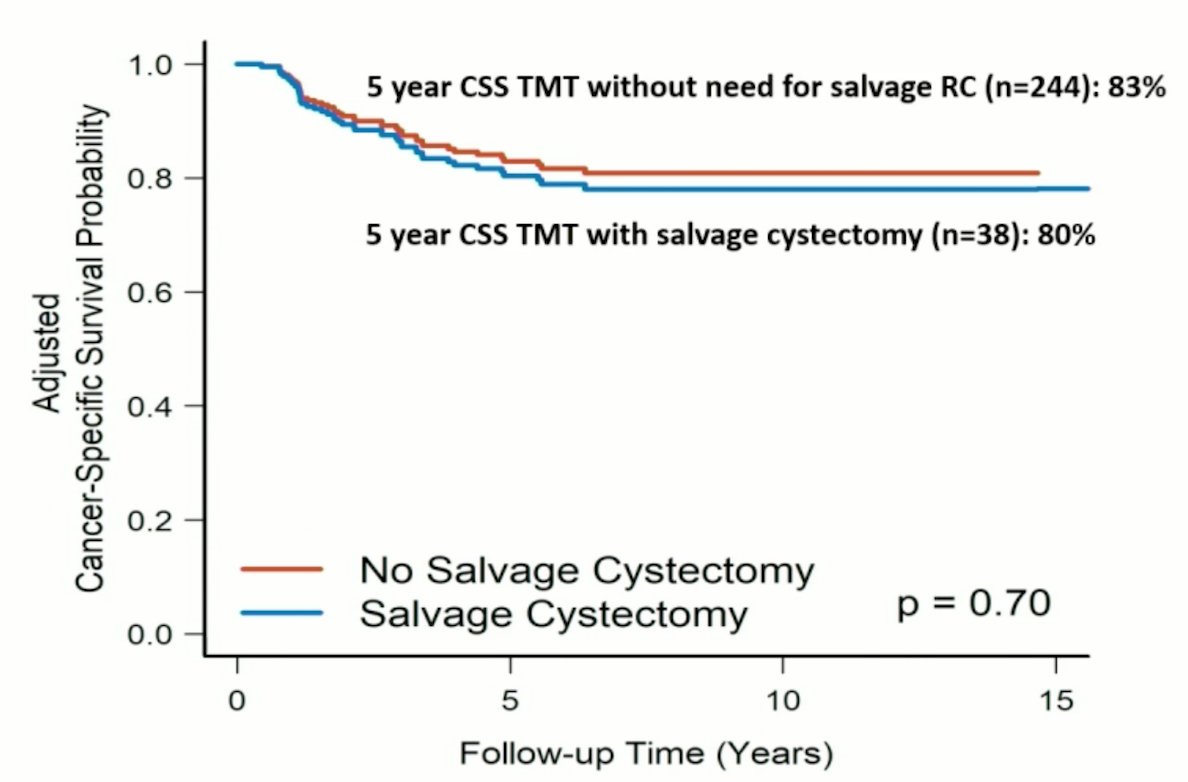 Furthermore, among trimodality patients, there was no difference in metastasis free survival by (neo)-or adjuvant chemotherapy status (p = 0.26): 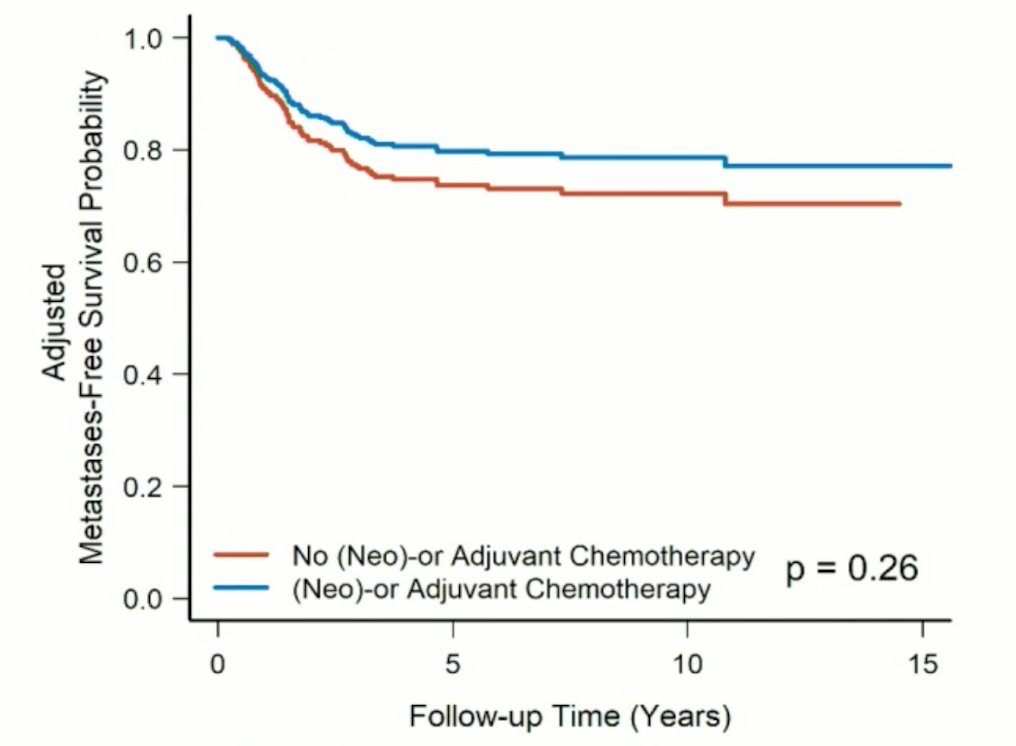