(UroToday.com) The 2022 ASTRO annual meeting featured a session on bladder and kidney preservation, including a presentation by Dr. Martin Swinton discussing clinical outcomes in cN+M0 bladder cancer patients. Optimal management of patients initially presenting with clinically node positive non-metastatic (cN+M0) bladder cancer is a topic of debate with significant variation in practice worldwide. In the UK, fit patients are offered – after platinum-based chemotherapy - either radical cystectomy or radical radiotherapy – a bladder preserving treatment. However, there is a paucity of evidence to guide clinician and patient decision making on choice of treatment. As such, Dr. Swinton and colleagues undertook a multi-center UK retrospective analysis to assess clinical outcomes for cN+M0 bladder cancer.

There were 288 of 292 patients with cN+M0 bladder cancer identified that had survival data available for analysis, of which 165 of 288 patients received a treatment with radical intent:

The radiotherapy details for this cohort of patients is as follows: 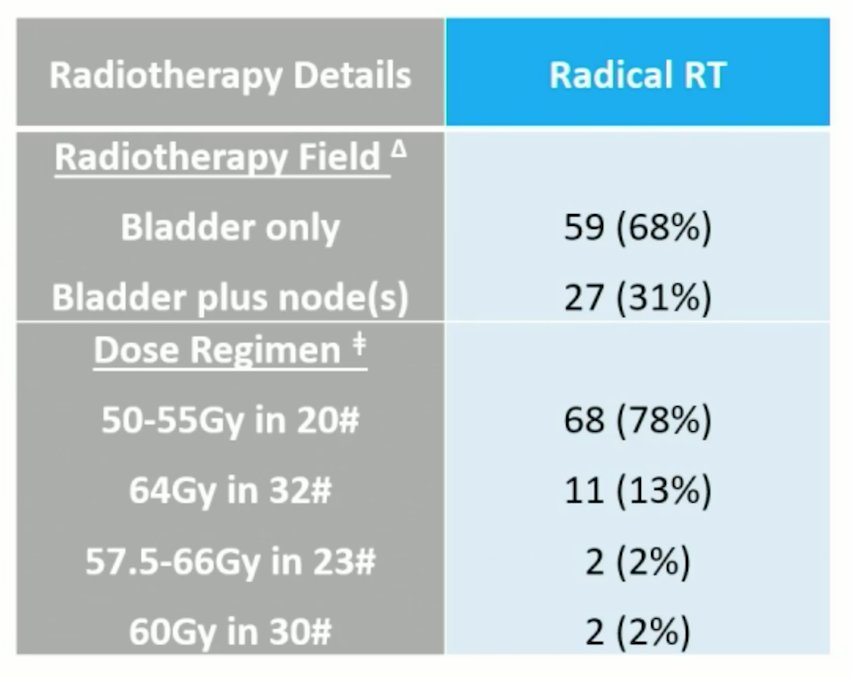