There has been considerable controversy regarding the utility/cost efficacy of screening for prostate cancer with routine PSA testing. Two large studies in this space have evaluated the impact of routine PSA screening on long-term outcomes: ERSPC and PLCO. The ERSPC trial, a multicenter population-based randomized screening trial conducted across eight European countries, demonstrated a decreased hazard of overall mortality in patients undergoing routine screening after 16-year follow up (HR: 0.80, p<0.001).1 Conversely, the PLCO trial demonstrated no reduction in prostate cancer mortality after a median follow-up of almost 15 years, although there are significant limitations to this study, most notably of which is the considerable cross-over rate, with 86% of patients in the control arm having a PSA test done.2

In its 2012 iteration, the USPSTF had recommended against PSA-based screening (Grade D) for all men, with these guidelines since modified to a Grade C recommendation in men aged 55 to 69 years and continued as Grade D in those 70 years of age and older. This has had significant implications on screening rates, and thus potentially rates of prostate cancer diagnosis, metastasis, and mortality. As such, the authors posed the following question: Does natural variation in PSA screening predict metastatic prostate cancer incidence? 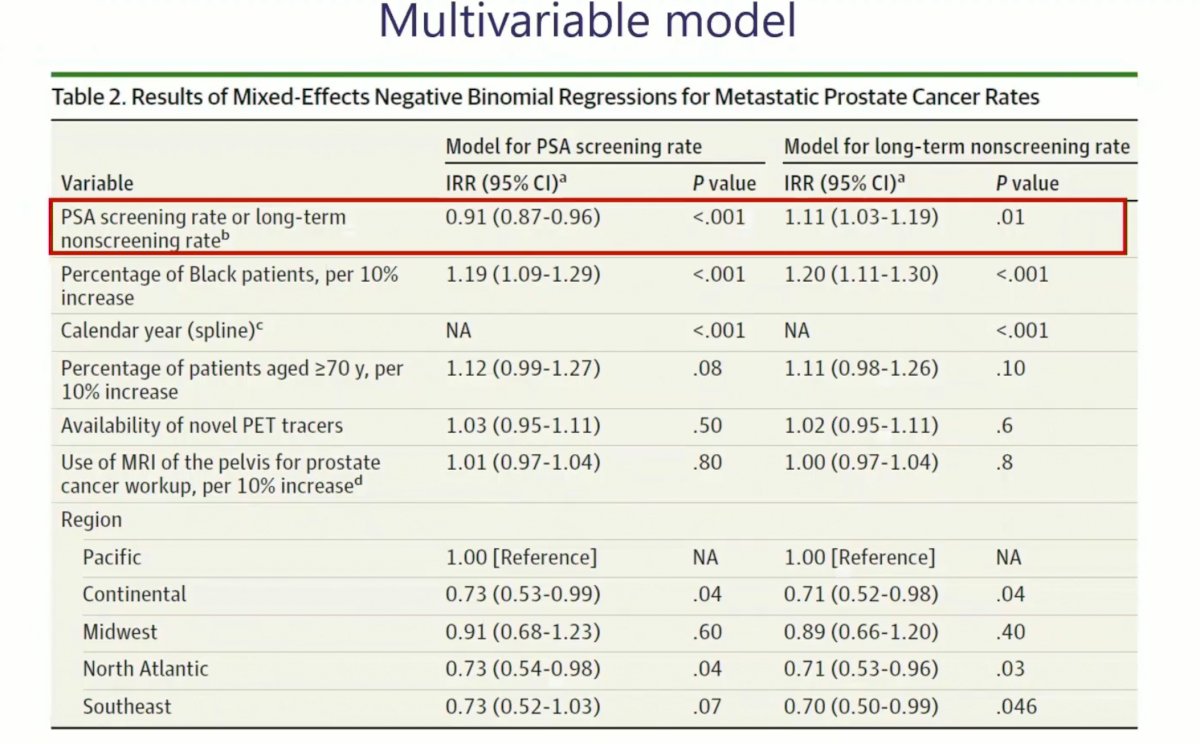 In summary, the authors concluded that: