(UroToday.com) The 2021 American Society for Radiation Oncology (ASTRO) Annual Meeting’s included a session on biomarkers and salvage radiotherapy and discussion by Dr. Paul Nguyen regarding the validation of a 22-gene genomic classifier in the NRG Oncology/RTOG 9202, 9413, and 9902 phase III randomized trials.

High-risk prostate cancer accounts for 2/3 of the deaths from localized prostate cancer. Current radiation is a “one-size fits all” scheme of radiotherapy + long-term ADT, however the use of genomic testing to stratify patients into cohorts with higher and lower risk of metastases could allow for personalization of therapy. The purpose of the study presented by Dr. Nguyen and colleagues at ASTRO presented results validating the performance of the Decipher 22-gene genomic classifier in pre-treatment biopsy samples collected in three randomized phase III high-risk definitive radiotherapy trials: NRG/RTOG 9202, 9413, and 9902. Of note, these tissue samples were collected up to 29 years ago.

For this study, after central review, the highest-grade tumors were profiled on clinical-grade whole transcriptome arrays and genomic classifier scores were obtained. Cox multivariable analyses were used to validate the independent prognostic ability of the genomic classifier for distant metastases, prostate cancer-specific mortality, and OS.

Baseline characteristics between the three trials were comparable. The distribution of genomic classifier scores in this study is as follows: 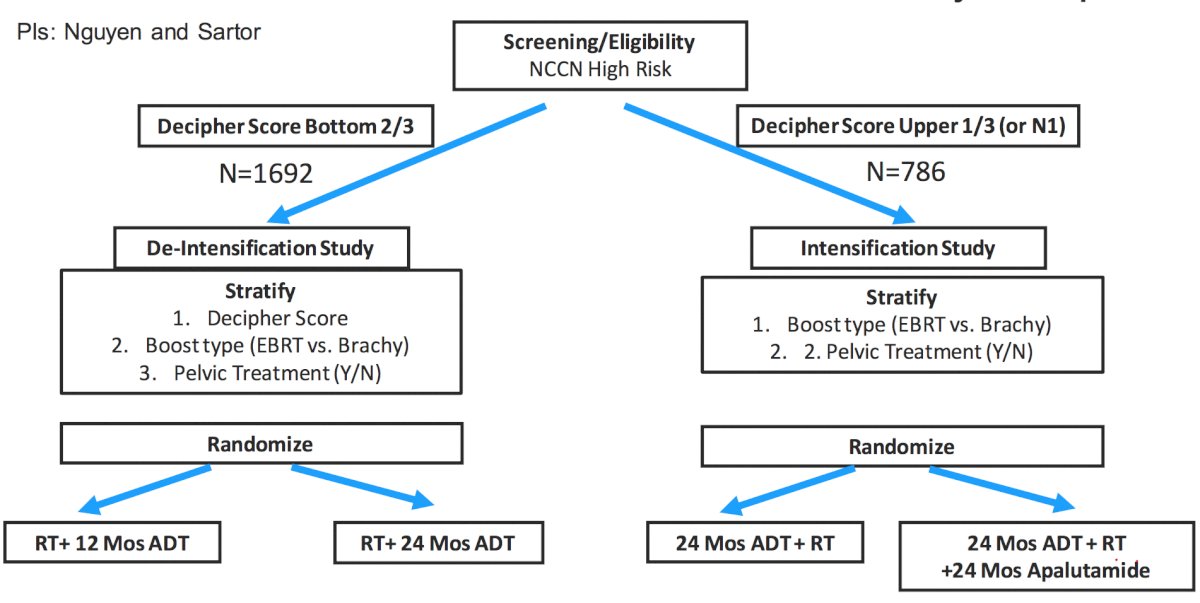 The PREDICT-RT trial has a sample size goal of 2,478, which correlates to enrollment of 38 patients per month needed.

Dr. Nguyen concluded his presentation with the following take-home messages: