Dr. Glicksman began by highlighting that the use of stereotactic body radiotherapy (SBRT) for the treatment of patients with prostate cancer is increasing. Independent of fractionation approach, the role of elective nodal irradiation (ENI) is somewhat controversial though it is commonly employed in patients with high-risk disease. However, there are limited data regarding the safety of ENI using an ultra hypofractionated radiation (UHRT) regime.

To address this, the authors used data from four prospective, phase II trials of ENI using UHRT which included patients with unfavourable intermediate and high risk prostate cancer. Radiotherapy was administered to the pelvic lymph nodes with nodal CTV contouring according to the 2009 RTOG atlas and a PTV of 6mm. The nodal CTV dose was 25 Gy in 5 fractions whereas the PTV was 23.25 Gy in 5 fractions.

Among the four included trials, different primary therapy regimes were employed including hypofractionated external beam radiotherapy in 5 fractions with or without MR boost or HDR boost.

Among 165 included patients, the median follow-up was 38 months (IQ5 11-63 months) and the majority of patients had high-risk disease. At baseline most had minimal urinary symptoms (62% with IPSS 0-9). 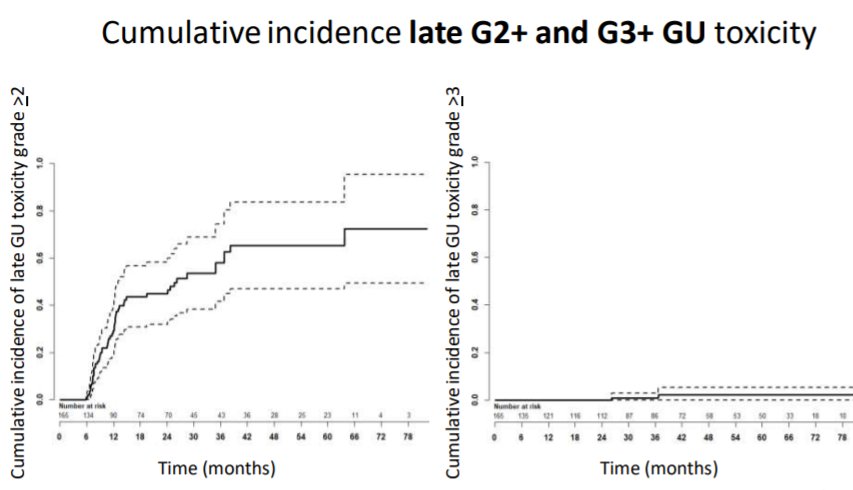 Dr. Glicksman therefore concluded that ENI using UHRT is associated with low rate sof GU and GI toxicity, though there is worse bowel and sexual function reported by patients in the year following treatment. Ongoing assessment of this approach in phase III trials is anticipated.