(UroToday.com) In a GU session at the American Society for Radiation Oncology (ASTRO) Annual Congress, Dr. Yamoah presented work defining racial disparities across the spectrum of prostate cancer in an equal access to care setting.

Dr. Yamoah began by emphasizing that racial disparities in prostate cancer are multi-dimensional and likely span the entirety of the disease continuum. A major component of these disparities relates to socioeconomic status and the access to care. However, these difference are unlikely to explain the increased incidence of prostate cancer among African American men.

Using the US Department of Veteran Affairs health care system which serves approximately 20 million veterans and provides equal access to health care, the authors defined a cohort of 92,269 men with localized prostate cancer with diagnosis between 2005 and 2015. Notably, despite similar screening access, African American men had a substantially higher risk of undergoing diagnostic biopsy. 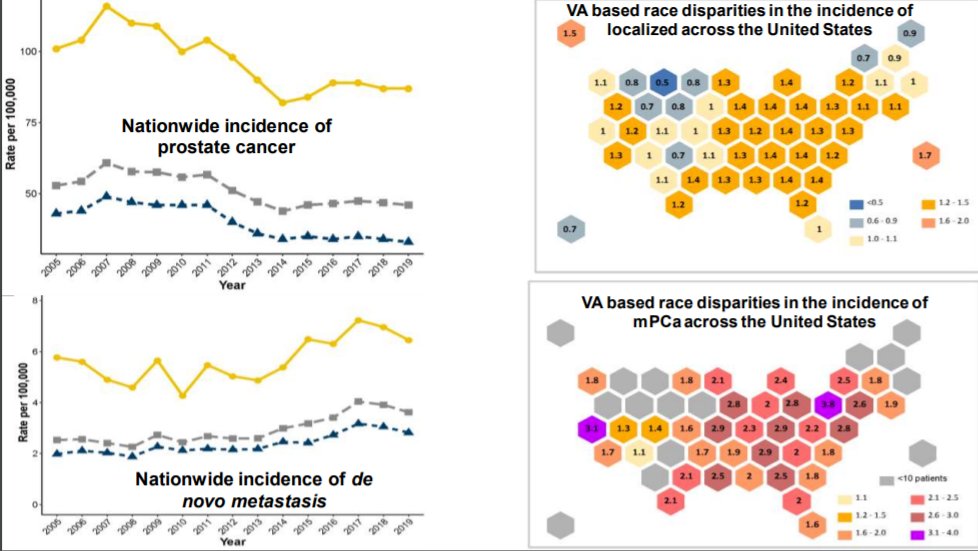