(UroToday.com) On the second day of the American Society for Clinical Oncology (ASCO) Genitourinary Cancer Symposium 2022 focusing on urothelial carcinoma, Dr. Lars Dyrskjøt discussed the role of ctDNA (circulating tumor DNA) in patients with muscle invasive bladder cancer (MIBC) for assessment of therapy response, stratification of the risk of recurrence, and early detection of relapse, in a session focused on a Potpourri of Hot Topics in Urothelial Carcinoma.

Dr. Dyrskjøt began by highlighting the potentially important role of circulating tumor DNA. This DNA may be released from necrotic cells, due to apoptosis, or via active release. As circulating free DNA (cfDNA) has a half-life of fewer than two hours, this allows real-time monitoring of tumor burden. Further, previous work has shown an association between ctDNA levels and both tumor stage and tumor size. 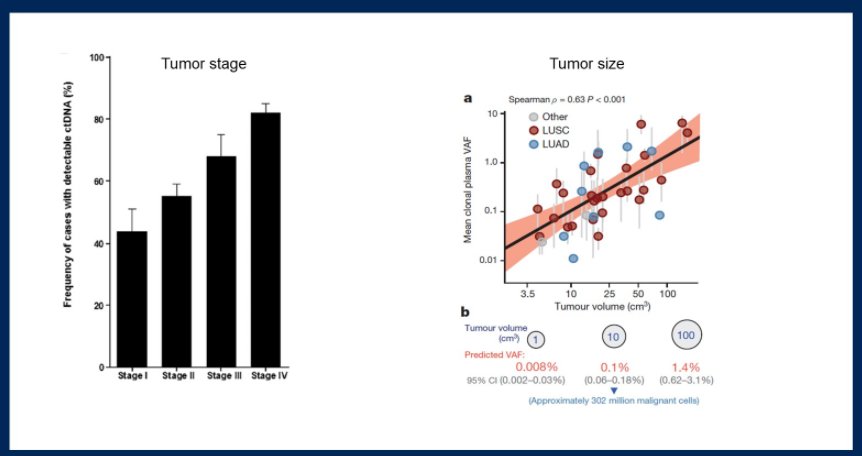 As a result, ctDNA has the potential to be used across the disease course including cancer detection, molecular profiling or prognostication, detection of residual disease following initial treatment, monitoring of response to therapy, and monitoring of clonal evolution during multiple lines of systemic therapy.

In the context of MIBC, he highlighted the potential for ctDNA for the detection of minimal residual disease. Given the ease of acquiring ctDNA samples, these may be utilized as serial liquid biopsies. For example, Christensen and colleagues describe longitudinally collecting 656 plasma samples in 68 patients. These authors found that patients who are ctDNA negative have a favourable prognosis. Most patients prior to cystectomy are ctDNA positive. In contrast to patients who are ctDNA negative who have a good prognosis, those who are ctDNA positive following surgery have a poorer outcome.

A meaningful proportion may convert from ctDNA positive prior to treatment, whether by chemotherapy or cystectomy, to ctDNA negative. Dr. Dyrskjøt suggested that this may represent a subset of patients who are cured by their treatment. Whether examined prior to chemotherapy, before cystectomy or following cystectomy, ctDNA positivity is highly correlated with disease outcomes, including radiographic progression-free survival.

Following cystectomy, longitudinal monitoring of ctDNA may allow for the early detection of disease recurrence, progression, and metastasis. With substantial variation between individuals, there was an average lead time of 3 months between molecular recurrence on ctDNA and clinical recurrence. 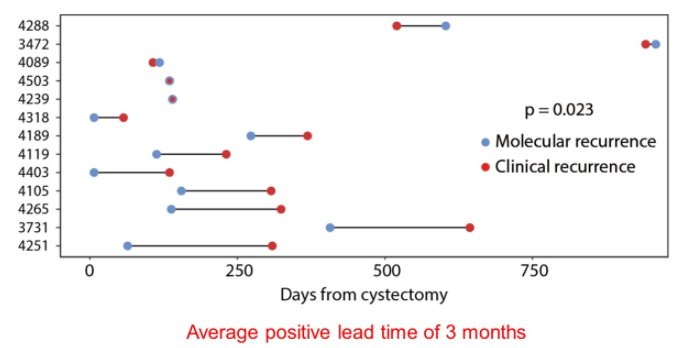 Further, ctDNA testing may allow personalized whole-genome ctDNA monitoring. This allows a tumor informed approach with whole-genome signature integration, including multiple genomic features allowing for a personalized signature without the need to design a personalized assay. Further, this work only requires 1 to 2 cc of plasma. Using this ctDNA detection approach with whole genome sequencing, the lead time from molecular recurrence to clinical recurrence increased from the 3 months previously mentioned to a median of 5.3 months (an average of 12.7 months).

Beyond the potential for ctDNA in the identification of minimally residual disease, it can also be used in the measurement of treatment response. For example, ctDNA may be dynamically tracked during the course of neoadjuvant chemotherapy. Circulating tumor DNA responses during neoadjuvant are associated with pathological downstaging at the time of radical cystectomy. In the adjuvant setting following radical cystectomy, the presence of ctDNA was associated with a benefit to adjuvant therapy whereas patients who had undetectable ctDNA did not benefit from adjuvant therapy. Further, patients who had ctDNA clearance following adjuvant atezolizumab had improved disease-free survival.

Dr. Dyrskjøt closed by highlighting the potential role of ctDNA to guide patient management, both at the time of MIBC diagnosis and after cystectomy, as highlighted in the following schema. 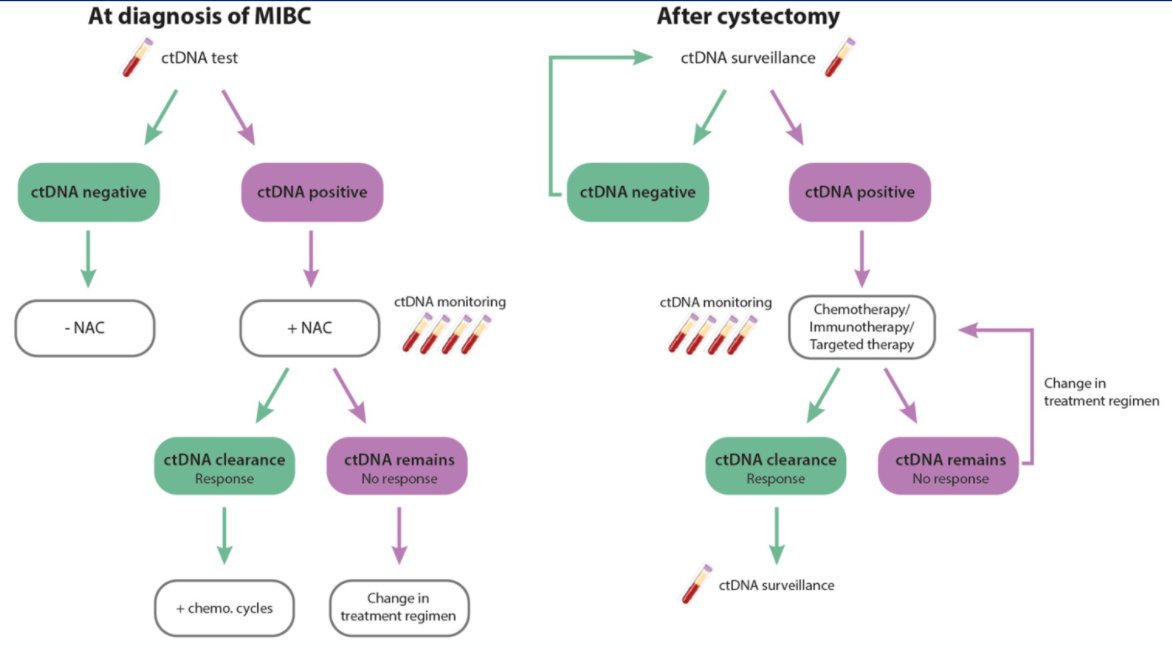 To build the rationale for this approach, he discussed the design of the TOMBOLA trial, a non-randomized ctDNA based intervention study. This study assesses the hypothesis that early treatment at the time of biochemical relapse with result in ctDNA clearance (molecular/biochemical remission). Therefore, this study seeks to guide treatment with atezolizumab in patients with early signs of metastatic relapse. The authors will include approximately 282 patients between 2020 and 2022 in Denmark who will undergo a total of approximately 6000 blood samples. Study accrual will continue until 127 patients who are ctDNA positive begin treatment.

In summary, ctDNA is a powerful biomarker and offers many opportunities to improve the care of patients across the trajectory of patients with bladder cancer including risk assessment prior to treatment, early diagnosis of minimal residual disease following radical cystectomy, and monitoring of results during systemic therapy. However, further work is necessary to demonstrate the clinical impact of ctDNA on outcomes such as overall survival, quality of life, and costs.