(UroToday.com) Targeted therapies often rely on cell surface protein expression.  One such potential target is dipeptidyl peptidase IV (DPP4), a cell surface protein also known as CD26 which expressed on a variety of cell types and with tumor- and tissue-dependent roles in cancer.  It has been reported that patients treated with inhibitors of DPP4, from the field of diabetic treatments, had longer PFS in colorectal cancers.  Consequently, the authors here investigated retrospective data to determine the effect of DPP4 inhibitors of PFS in diabetic patients with advanced (stage III/IV) prostate cancer. All subjects were on anti-hyperglycemic therapies and had received surgery, radiation, or both for prostate cancer.  Comparisons were drawn between subjects receiving a sulfonylurea (n=120) and those receiving a DPP4 inhibitor (n=41). 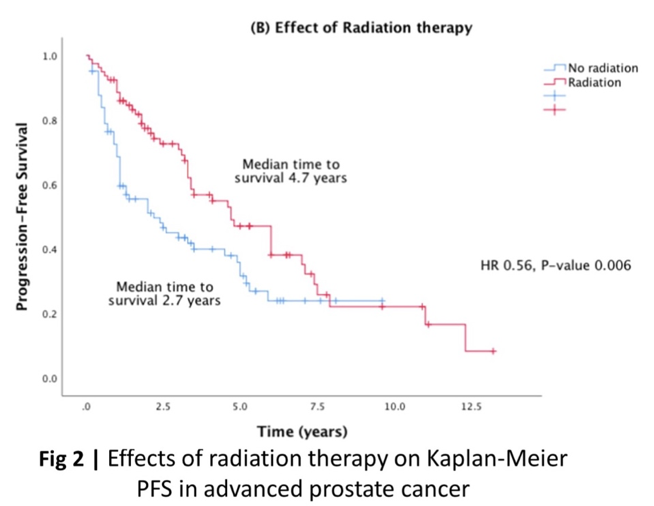 The authors conclude that these data are contrary to those reported in other cancers: exposure to DPP4 inhibitors did not improve PFS in men with advanced prostate cancer.  They speculate that DPP4 may operate as a suppressor of AR signaling, and, thus, could have a role in altering the development of castration resistance.  Further analyses are planned, including in larger cohorts, and isolating the variable of hormone sensitivity.