The SAKK 09/10 trial (NCT01272050) is an open-label, multicenter, randomized Phase III trial performed in 24 centers in Switzerland, Germany, and Belgium. The authors recruited men with biochemical progression (two consecutive rises with the final prostate-specific antigen (PSA) > 0.1 ng/mL or three consecutive rises) after RP with a PSA nadir of ≤ 0.4 ng/mL, with a PSA ≤ 2 ng/mL at randomization. Further, patients had to have no evidence of macroscopic disease and no nodal involvement at radical prostatectomy.

Following enrollment, patients were randomly assigned to receive either conventional-dose RT (64 Gy in 32 fractions) or dose-intensified RT (70 Gy in 35 fractions) directed to the prostate bed. Both 3-dimensional conformal RT and intensity-modulated RT/rotational techniques were used. The authors assessed the primary endpoint of freedom from biochemical progression (PSA ≥ 0.4 ng/mL and rising), as well as secondary endpoints of clinical progression-free survival, time to hormonal treatment, overall survival, acute and late toxicity (according to the National Cancer Institute Common Terminology Criteria for Adverse Events [NCI CTCAE] v4.0) and quality of life (according to the European Organisation for Research and Treatment of Cancer Quality of Life Questionnaire [EORTC QLQ]-C30 and PR25). 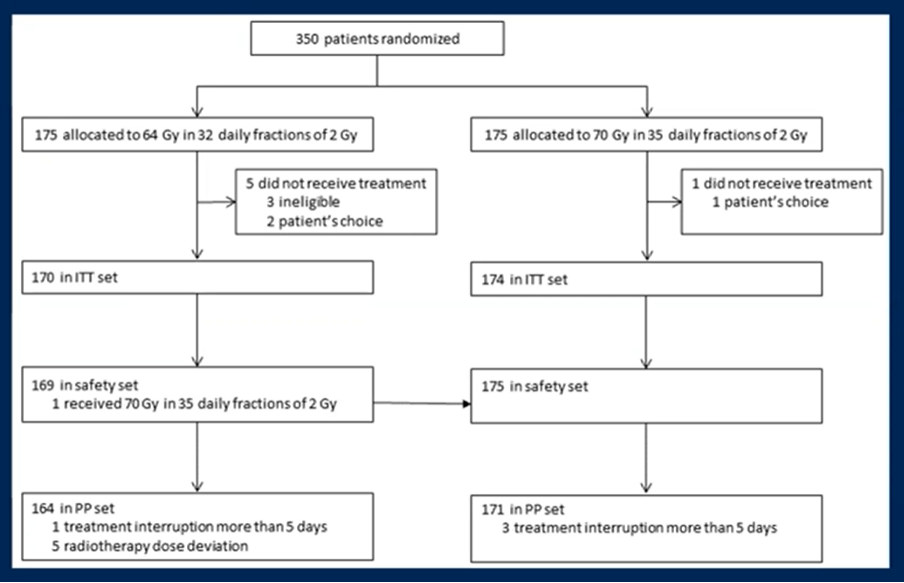 At the time of randomization, the median PSA was 0.3 ng/mL (range, 0.03-1.61 ng/mL), in keeping with relatively early salvage radiotherapy. 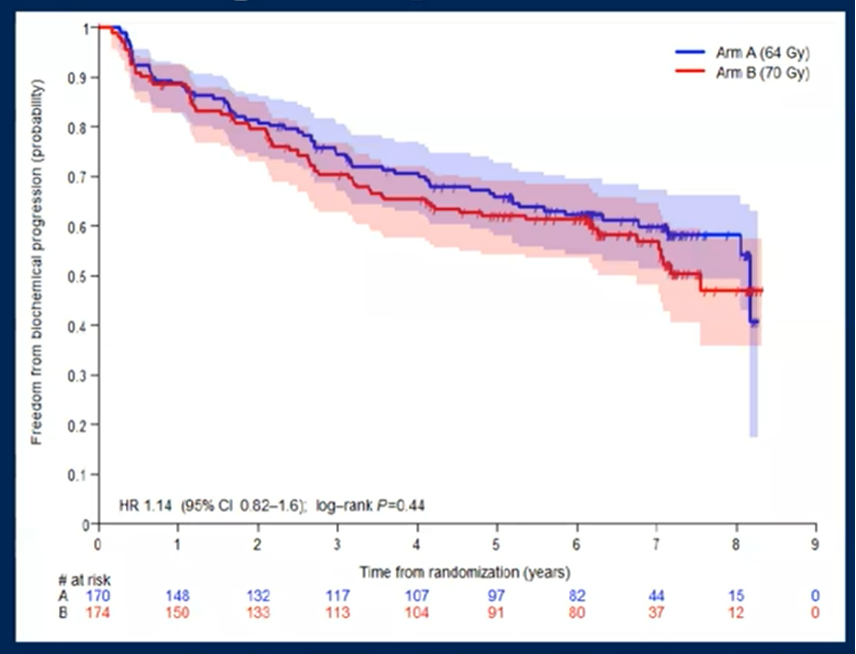 This effect was consistent across subgroups. 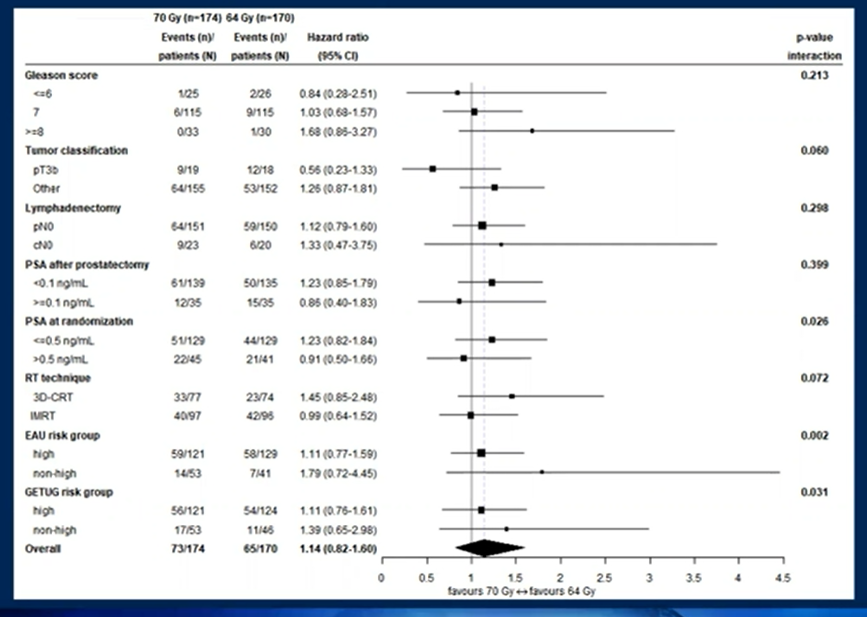 Similarly, rates of late grade 2 and 3 genitourinary toxicity did not significantly differ though late grade 2 and 3 gastrointestinal toxicity was more common in patients receiving dose-intensified RT (35 (20%) and 4 (2.3%) vs. 12 (7.3%) and 7 (4.2%); p=0.009). Assessing patient-reported quality of life, no differences were noted between the two arms.

The authors concluded that dose-intensification at the time of salvage radiotherapy is not associated with oncologic improvements but does have higher rates of late grade 2 and 3 gastrointestinal toxicity.