(UroToday.com) Data from the landmark ALSYMPCA trial1 found that the targeted alpha therapy Radium-223 prolonged overall survival in men with metastatic castration-resistant prostate cancer (mCRPC).1 However, there is little data to guide clinicians as to the appropriate sequence for use of Radium-223 in men with mCRPC with regards to other life-prolonging therapies. At the 2021 ASCO Genitourinary Cancers Symposium (ASCO GU), Dr. Lawrence Mbuagbaw and colleagues presented results of their real-world study evaluating clinical outcomes of patients when Radium-223 was used early (second-line) or late (third or later lines) among men with mCRPC. 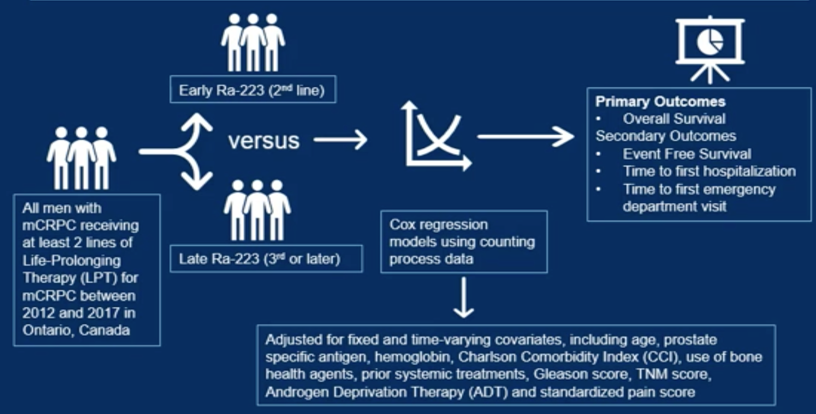 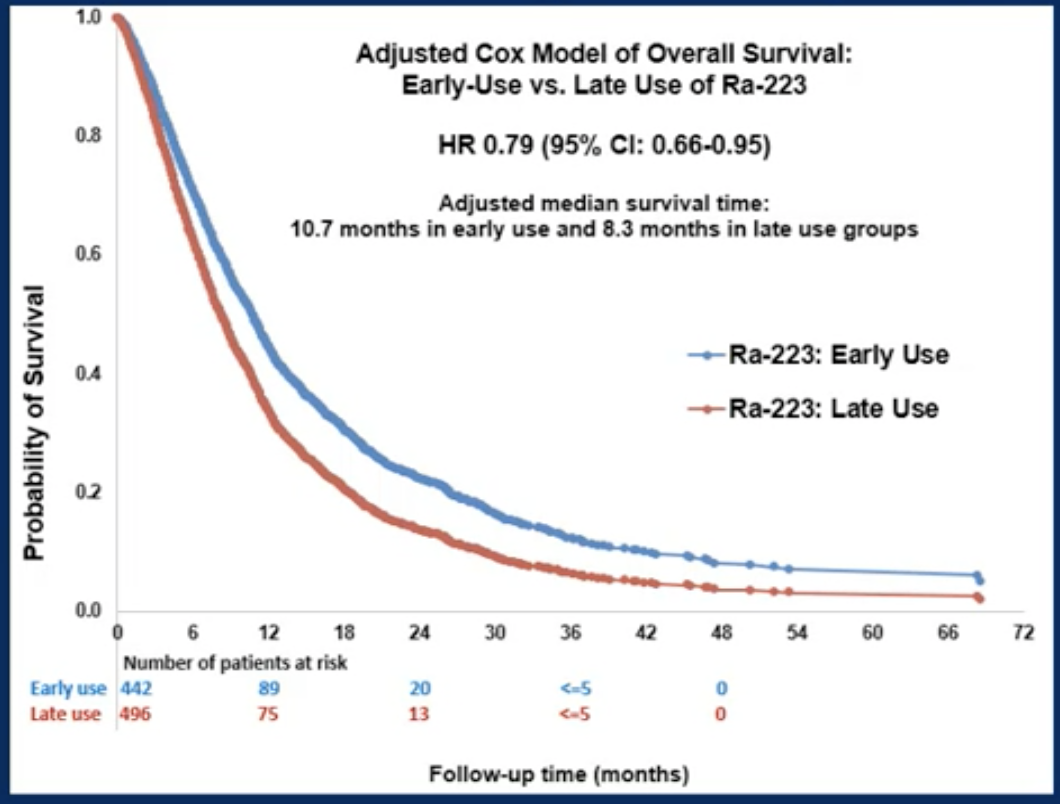 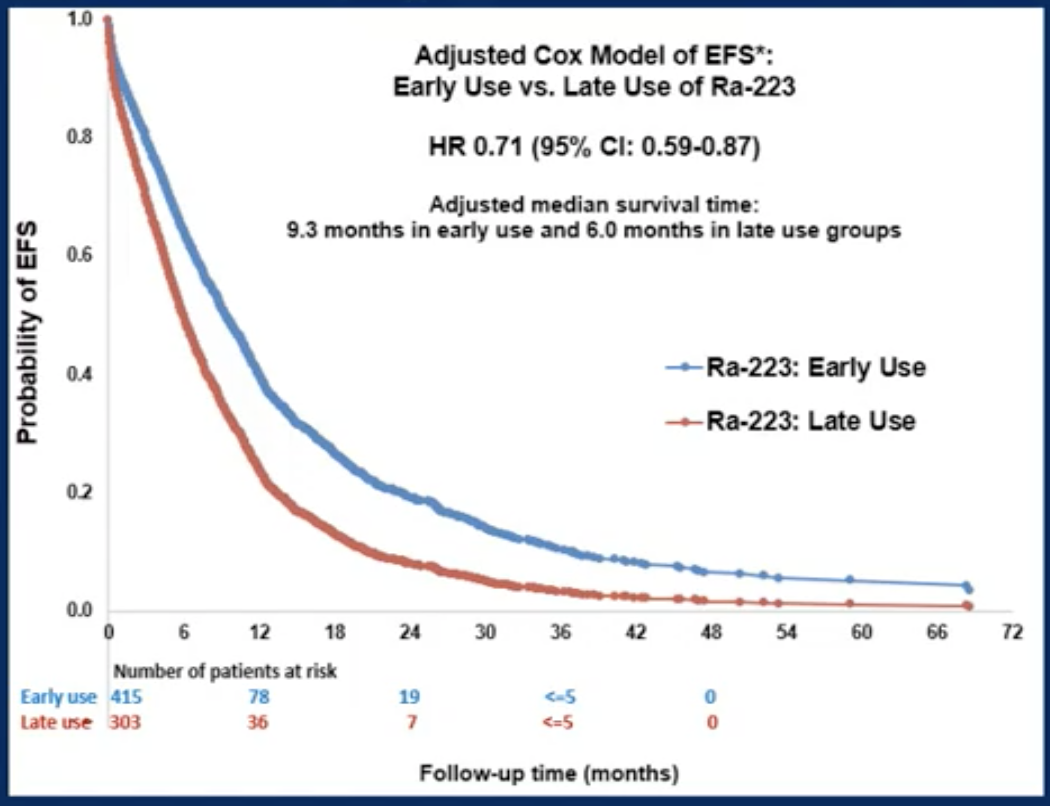