San Francisco, CA (UroToday.com) Pathogenic loss-of-function alterations in DNA damage repair (DDR) genes, especially BRCA2, are associated with more aggressive disease and are associated with response to PARP inhibitors in men with prostate cancer. Numerous studies have reported rates of inherited germline DDR (gDDR) alterations in men with prostate cancer, however, these studies are comprised mostly of men of European descent. Comparative data in men of African ancestry is lacking. In this study, investigators utilized germline data from Invitae (a company that provides commercially-available genetic testing services) to compare rates of gDDR (pathogenic and likely pathogenic) alterations in African-American (AA; n = 213) men and Caucasian American (CA; n = 2,488) men. 14 well-annotated DDR genes were evaluated, although not all men were assessed for each of the 14 genes. 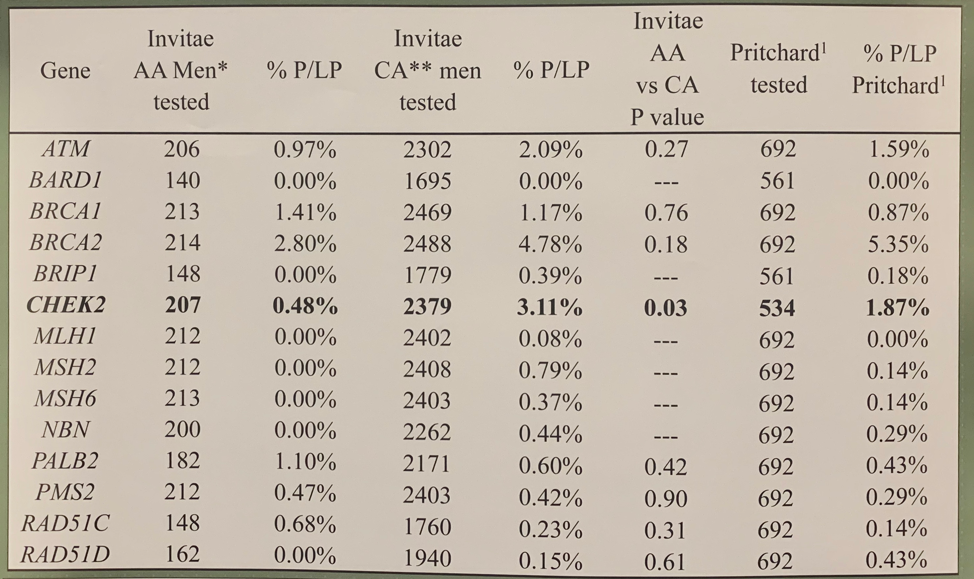 Shown below is a bar graph of the gene-by-gene alteration rates in CA men and AA men compared to a landmark paper by Pritchard, et al in the New England Journal of Medicine that first defined rates of gDDR alterations in men with metastatic prostate cancer.1 Rates in the Invitae CA cohort are similar to the Pritchard cohort. 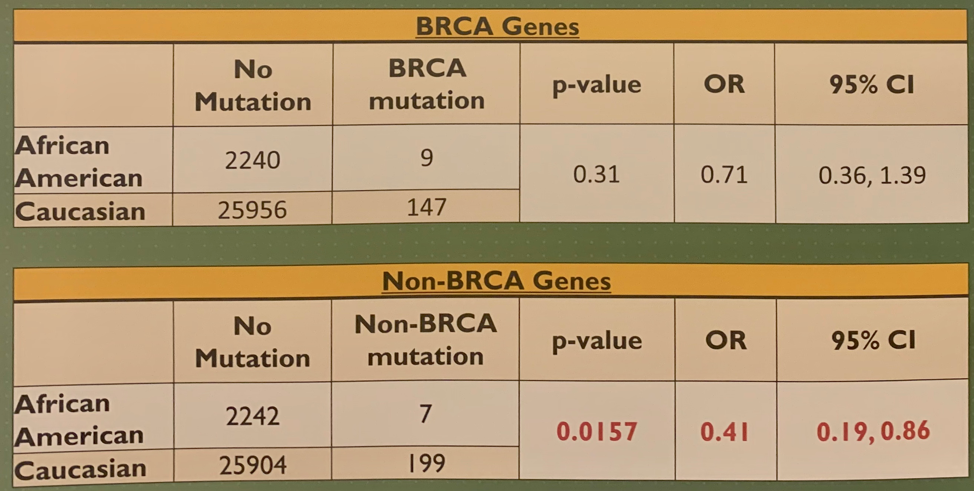 A strength of this study is that it represents “real-world” data as providers at both academic medical centers as well as private practices and community providers utilize Invitae for genetic testing. An important limitation of this study is that reliable clinical data and other important information, such as family history, were not available. Therefore, it is not known whether the AA and CA populations were balanced for factors known to be associated with higher rates of germline alterations, such as metastatic disease. Nevertheless, this study is an important step towards defining rates of germline DDR alterations in populations other than white men of European descent.

Presented by: A. Oliver Sartor, MD Medical Oncologist, Professor of Cancer Research, and Medical Director of the Tulane Cancer Center