San Francisco, CA (UroToday.com) The treatment paradigm for node-positive prostate cancer has evolved with the introduction of multiple options for upfront abiraterone or enzalutamide and or radiotherapy in combination with androgen deprivation therapy (ADT). So far, the optimal treatment protocol for this subgroup of patients is unclear.  In this presented poster, the authors investigated PSA, testosterone and toxicity profiles of patients with node-positive prostate cancer treated with a combination of abiraterone or enzalutamide with ADT and radiotherapy.


The patient cohort is shown in Figure 1, and the treatment protocol is shown in figure 2. All important clinical data are shown in table 1. 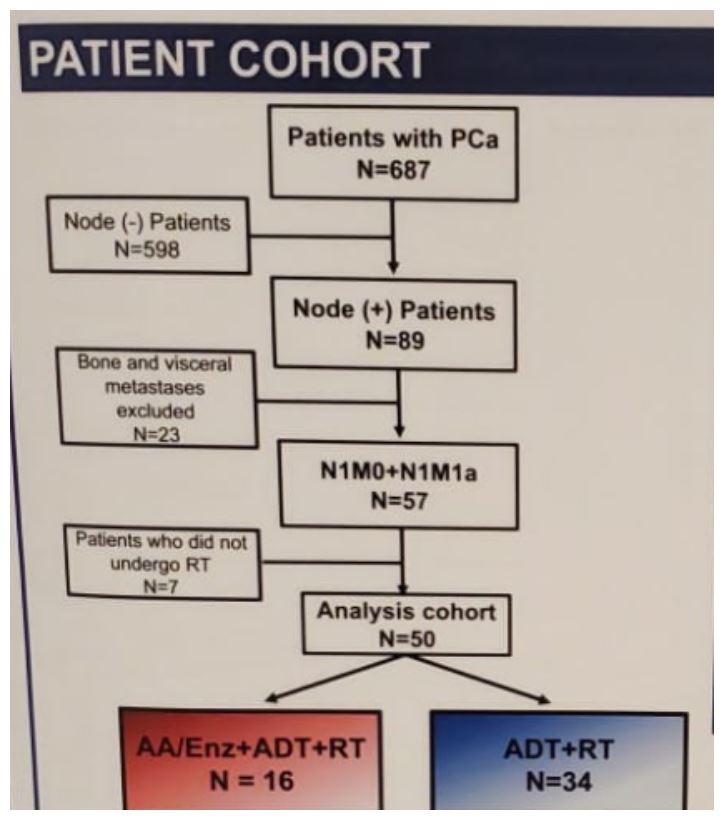 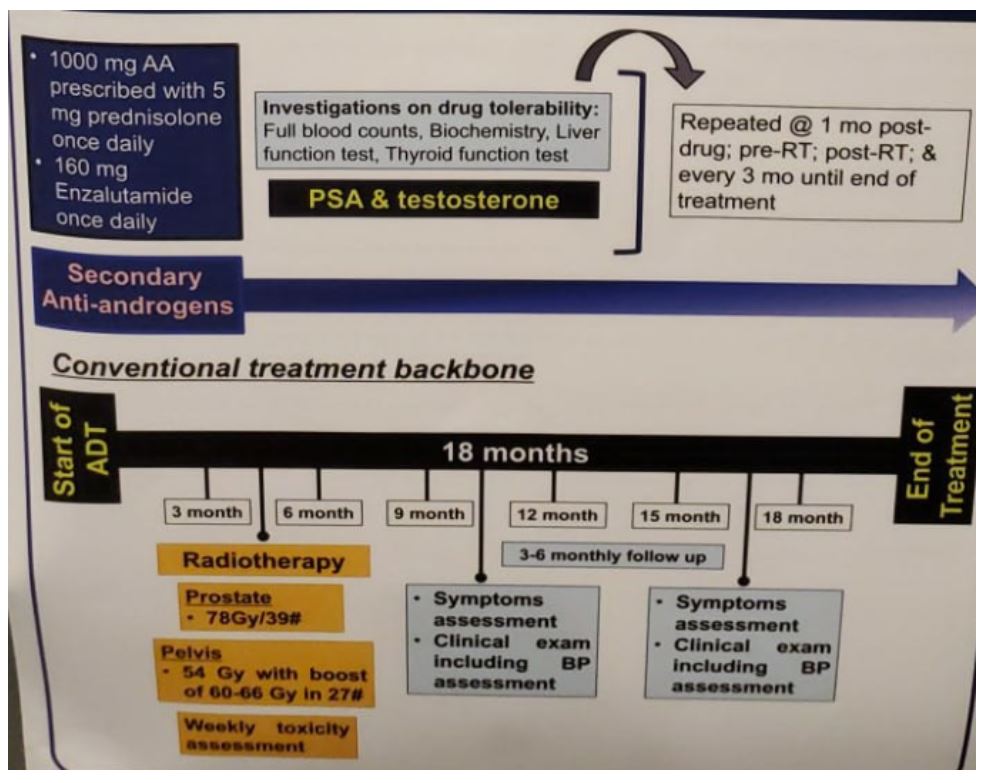 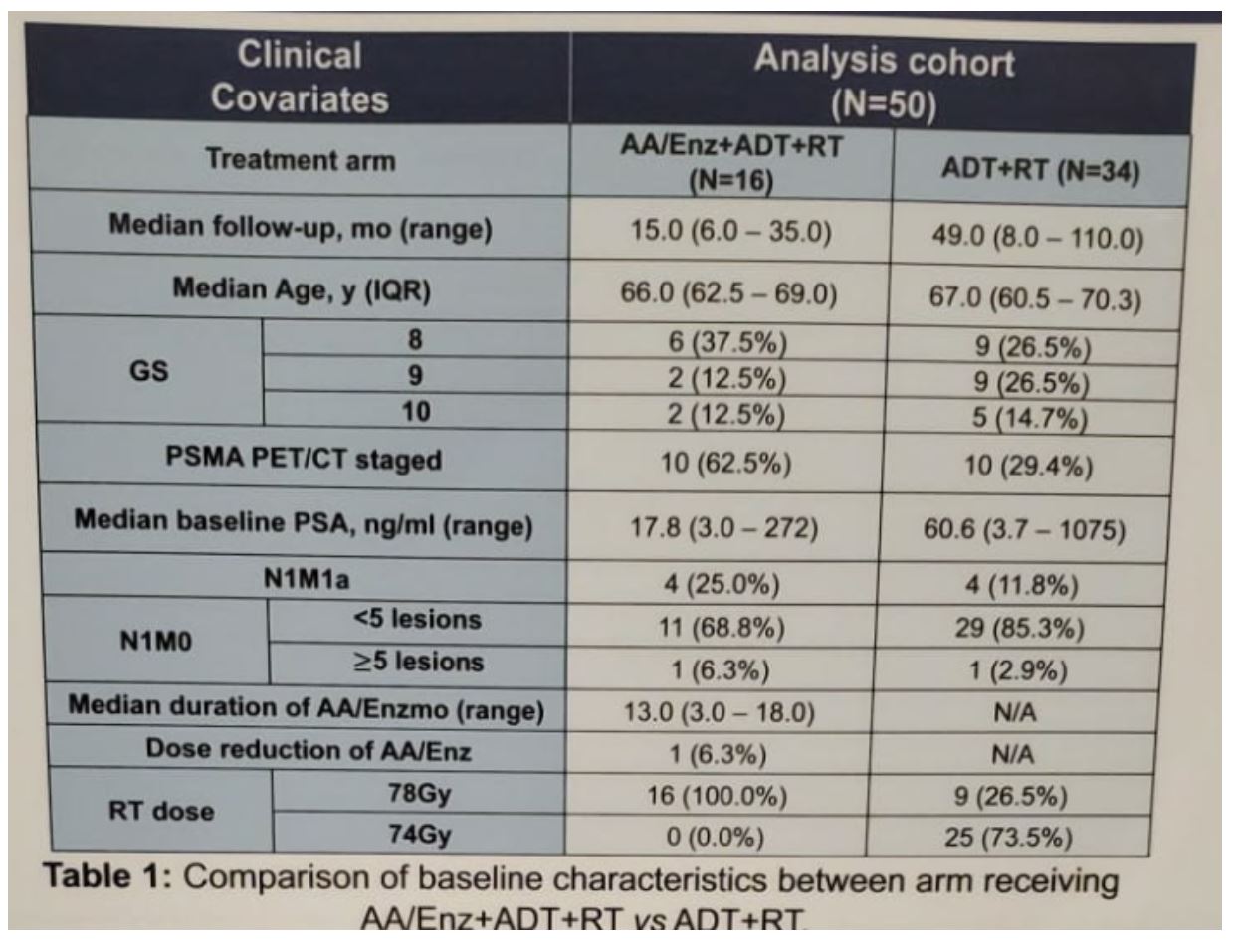 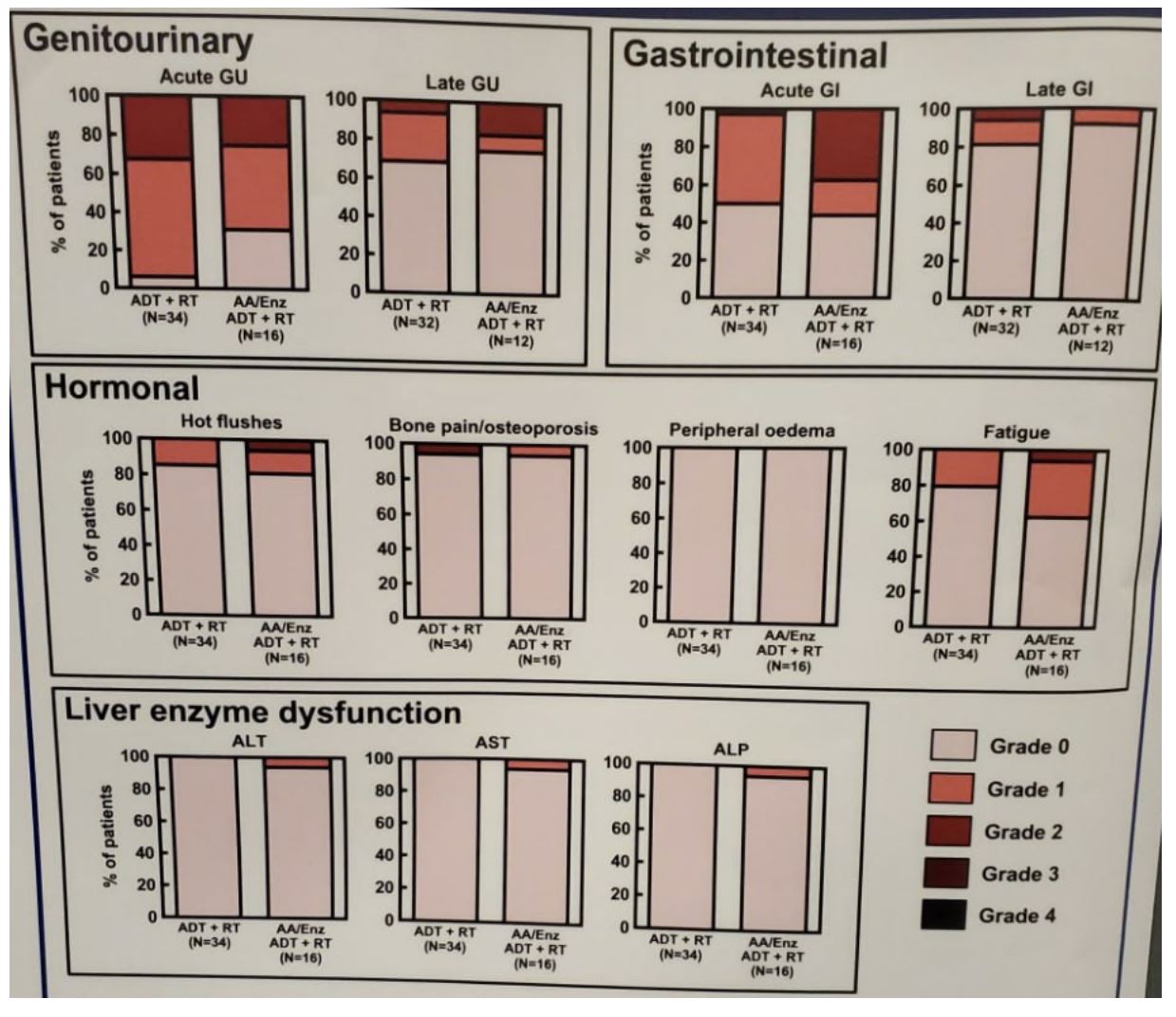 The authors concluded that the combination treatment of abiraterone or enzalutamide with ADT and radiotherapy can induce a more pronounced PSA response at 6 and 12 months in node-positive prostate cancer disease. Importantly, there was no significant increase in acute and late toxicities in the investigated cohort. However, despite these promising results, it still needs to be determined if this will ultimately result in superior survival outcomes as well.