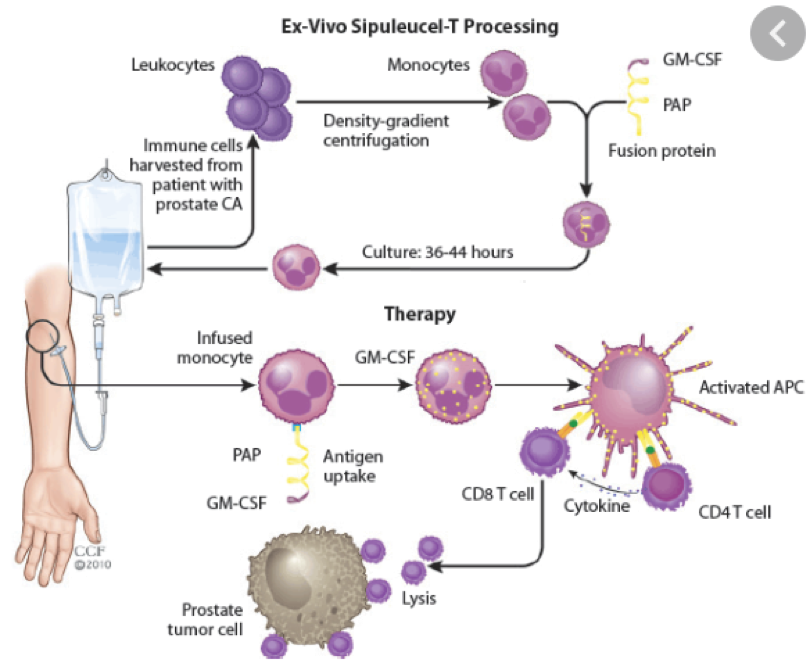 The PROVENT trial (NCT03103152) aims to evaluate SIP-T treatment in men with Gleason grade 1 or 2 prostate cancer receiving active surveillance. The trial design is shown in Figure 2 and basic demographic details are shown in Table 1. 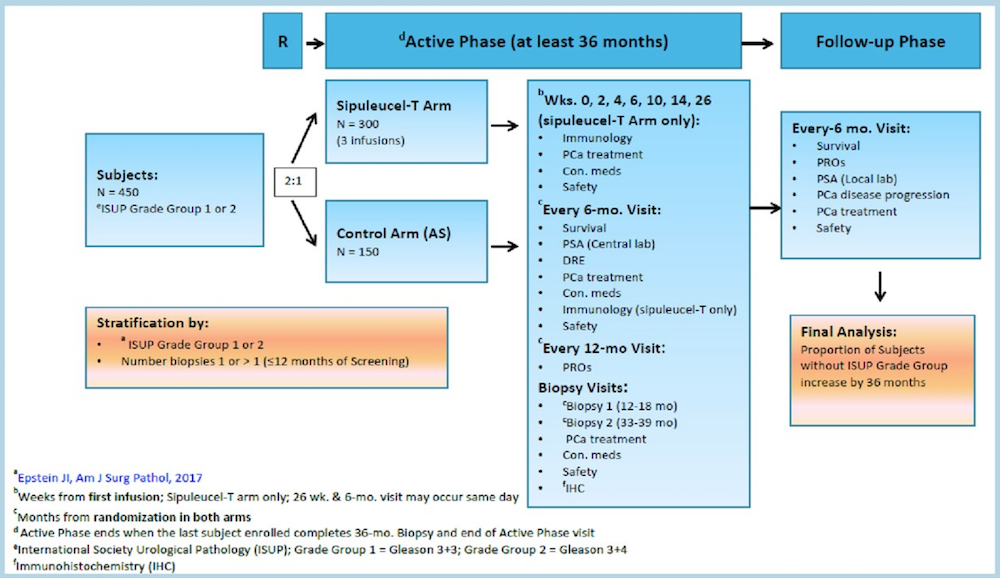 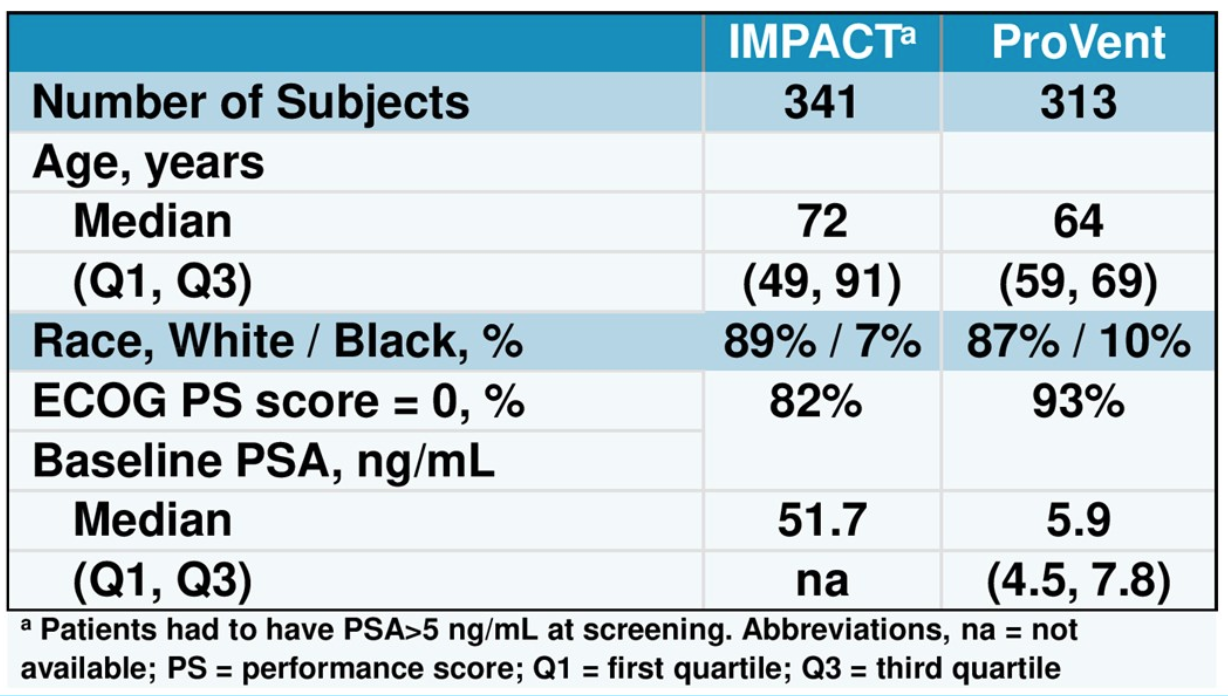 The authors of this poster compared product parameter outcomes in men in the phase 3 PROVENT trial with those from men with mCRPC in the phase 3 randomised IMPACT trial (NCT00065442). 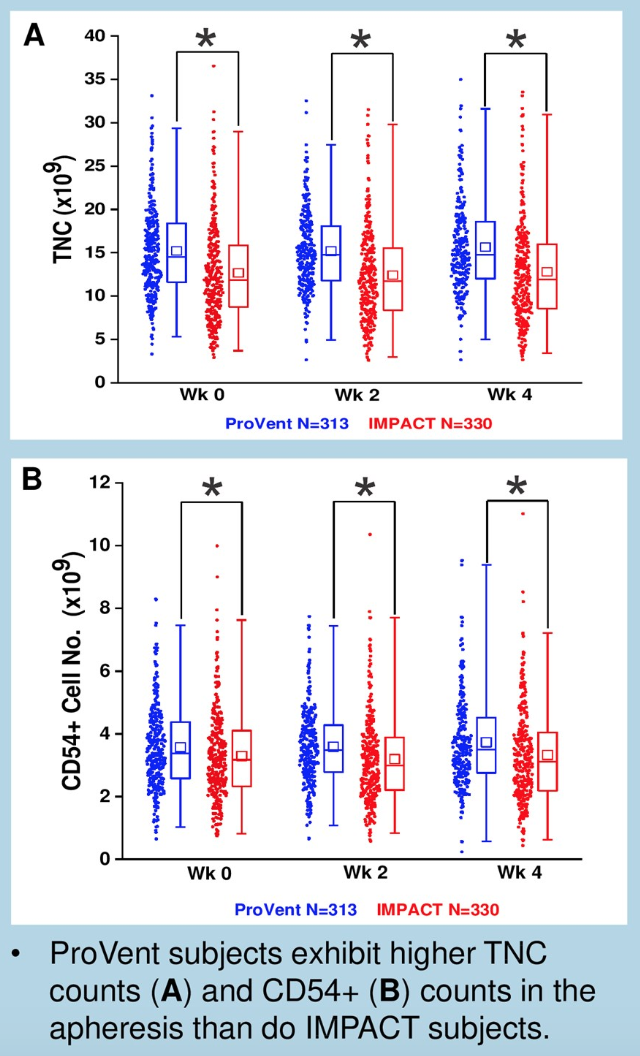 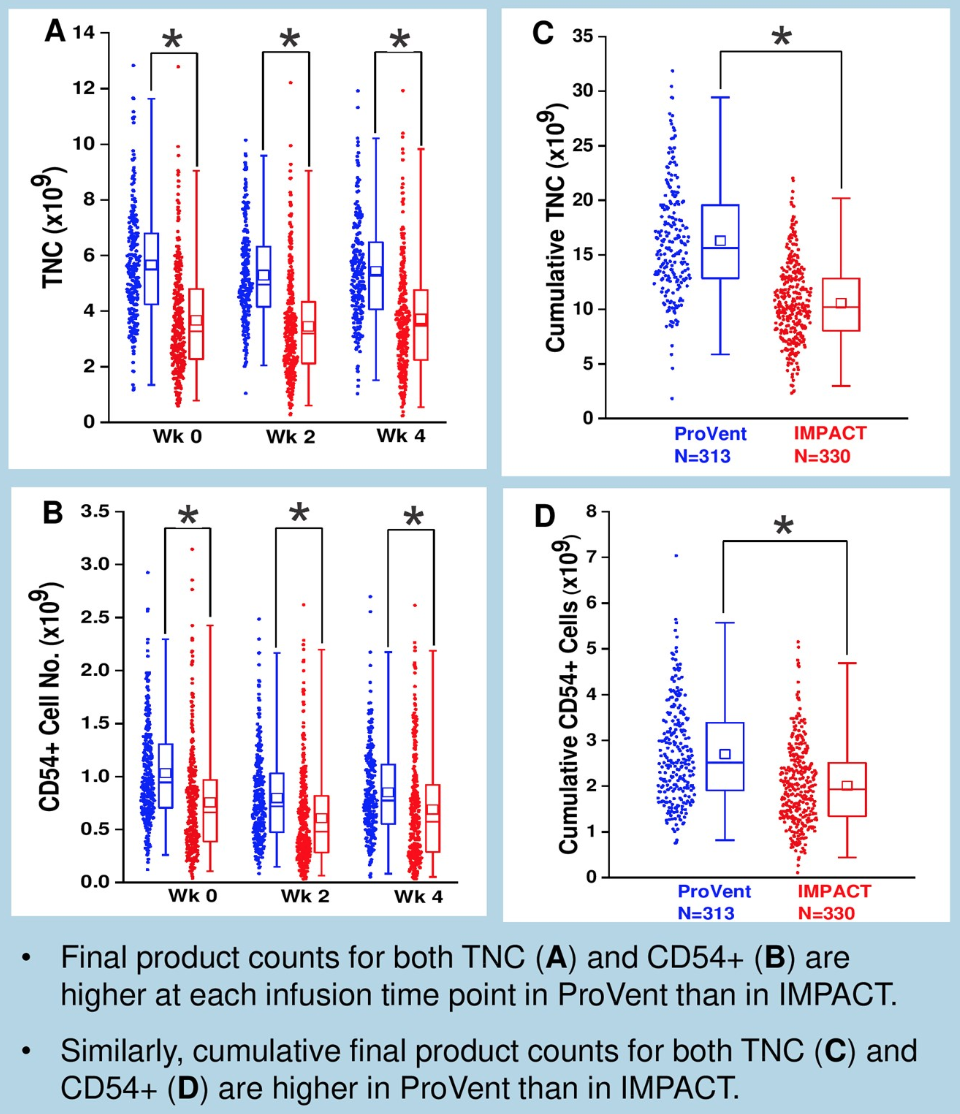 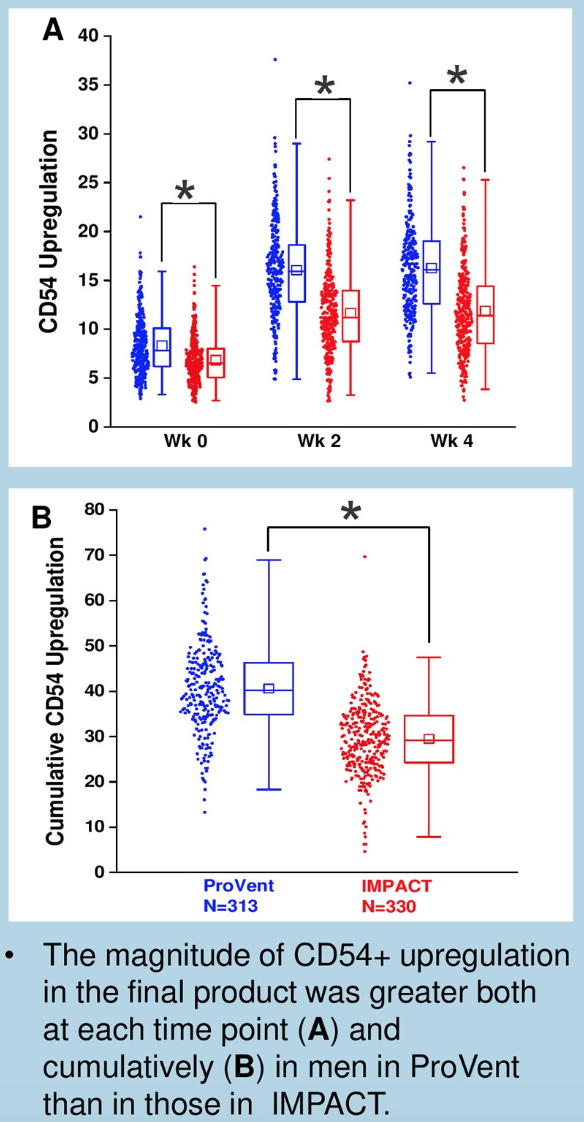 Based on the results showed in the figures, the authors concluded that men in the PROVENT trial tended to be younger and have better performance status and have lesser burden of disease than men in the IMPACT study, as could be expected. Apheresis yielded more TNC and CD54+ cells in men in PROVENT compared to IMPACT. Furthermore, final product CD54+ cell counts, CD54 upregulation and final product TNC were statistically higher in men enrolled in PROVENT than in IMPACT.

These findings suggest PROVENT subjects have a healthier immune system than those in IMPACT, resulting in the production and delivery of higher and more active doses in PROVENT than in IMPACT.