San Francisco, CA (UroToday.com) Over the last decade active surveillance has been transformed from a novel idea to widely accepted as a standard treatment for low-risk prostate cancer. Dr. Laurence Klotz was instrumental in the initial development and implementation of active surveillance. He was invited to speak on the continued refinement of these protocols by the incorporation of novel tools.

He started his talk by outline the sate of active surveillance in 2020, emphasizing that while it is the preferred form of management for low-risk prostate cancer and endorsed by multiple professional medical societies, implementation remains variable.  At the root of this variability lies a shared fear by both patients and providers that conventional schemes may miss some clinically significant prostate cancer.

To that end, many hope that advances in imaging, biomarkers and artificial intelligence (AI) will lead to improved risk stratification. He focused initially on germ line analysis specifically highlighting the influence of BRCA2 mutations on localized prostate cancer. Patients with BRCA mutations are at increased risk of grade reclassification and thus he argued should not be included in active surveillance cohorts. 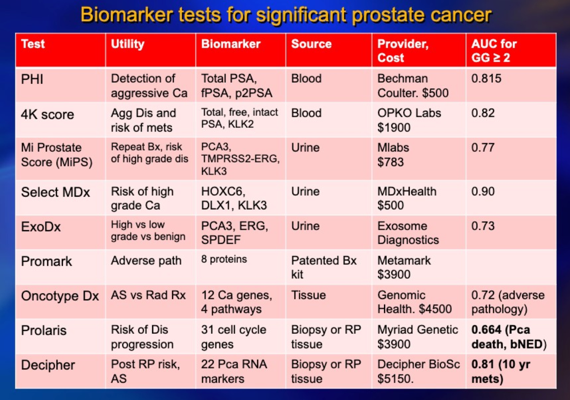 Similarly, he highlighted the Prostate Genetic Score, a SNP based assessment, as a means of properly risk stratifying patients. Ultimately, he disclosed that he feels that the challenge that these novel tools face is the strong predictive value of currently available risk stratification calculators, discussing the cost benefit analyses needed for considering these new tests.

The role of imaging and the various available modalities were also discussed. Currently, MRI is being used to replace some biopsies, however approximately 15 % of patients with a negative MRI’s will still harbor clinically significant cancer underscoring the need to evaluate the MRI in the context of other risk factors. Furthermore, MRI is expensive and highly resource intense. To that end, he presented on high resolution micro ultrasound, which has the resolution to detect changes in the architecture of the prostate. His group at Sunnybrook has developed a scoring system called PRIMU (prostate risk identification using micro-ultrasound) to risk stratify patients and presented preliminary data which compares it to mpMRI. 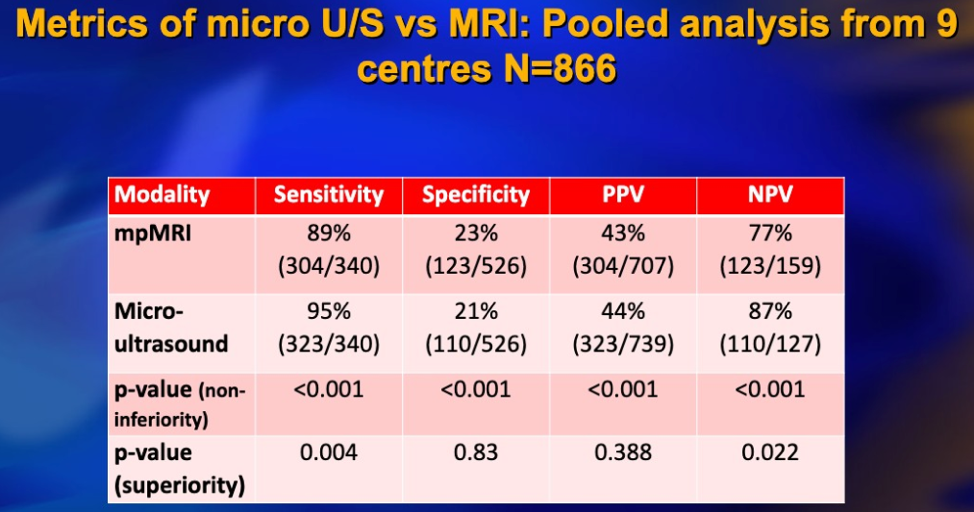 Overall, Dr. Klotz’s talk emphasized the exciting tools that are available for better selecting active surveillance candidates. At that same time, he advocated for careful integration of select tests in specific situations where they could deliver maximal benefit to patients to minimize the cost to individual and health care systems.