San Francisco, California (UroToday.com) Multiple treatment options exist for men with metastatic prostate cancer, and guidelines do not define optimal treatment selection for a given patient. This provides an opportunity for shared decision-making in which physicians communicate treatment purpose, risks, and benefits, and patients communicate personal values/preferences that can be used to determine treatment collectively. Shared decision-making is associated with superior health outcomes (blood pressure, glucose control) in non-cancer populations, but whether it is used in metastatic prostate cancer has not been described. 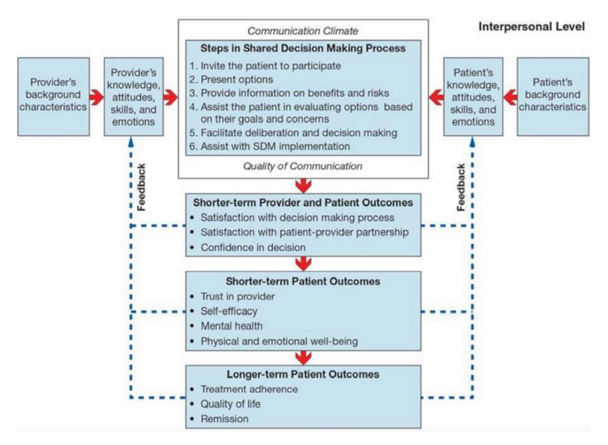 This study included patient enrolment between December 14, 2016 and November 17, 2017 for men with metastatic prostate cancer.  Patients and caregivers completed surveys of decision making practices after a clinical encounter in which a decision occurred. To evaluate the relationship between patient perception of decision locus of control type and categorical variables we used Fisher’s exact test, and Kruskal-Wallis was used to evaluate the relationship between decision locus of control and age.