San Francisco, California (UroToday.com) During the Rapid Abstract Session A: Prostate Cancer session at the Annual ASCO GU 2020 meeting in San Francisco, CA, Dr. Karim Fizazi presented results from the analysis evaluating changes in pain and health-related quality of life associated (HRQL) with cabazitaxel (CBZ) and androgen-signaling-targeted inhibitor (ARTA) during the CARD study. The CARD study was a multicenter, randomized, open-label study, and reported superior radiographic progression-free survival and overall survival with CBZ vs. abiraterone or enzalutamide in patients with mCRPC who progressed on docetaxel and within 12 months on a previous alternative ARTA.

The objective of this study was to evaluate pre-planned endpoints affecting the quality of life in patients receiving CBZ vs. abiraterone or enzalutamide by measuring:

Pain response was defined as a decrease > 30% from baseline in BPI-SF pain intensity score with no increased analgesic use. HRQL was assessed using the Functional Assessment of Cancer Therapy-Prostate (FACT-P) questionnaire. Patients were evaluable if they had received at least one dose of CBZ or ARTA and had a baseline FACT-P score plus at least one subsequent FACT-P measurement. A clinically meaningful improvement or deterioration of the total FACT-P score was defined as a difference of +/- 10 points from baseline. Clinically meaningful changes in HRQL and pain responses were confirmed at two consecutive evaluations ≥ three weeks apart during the on-treatment period. 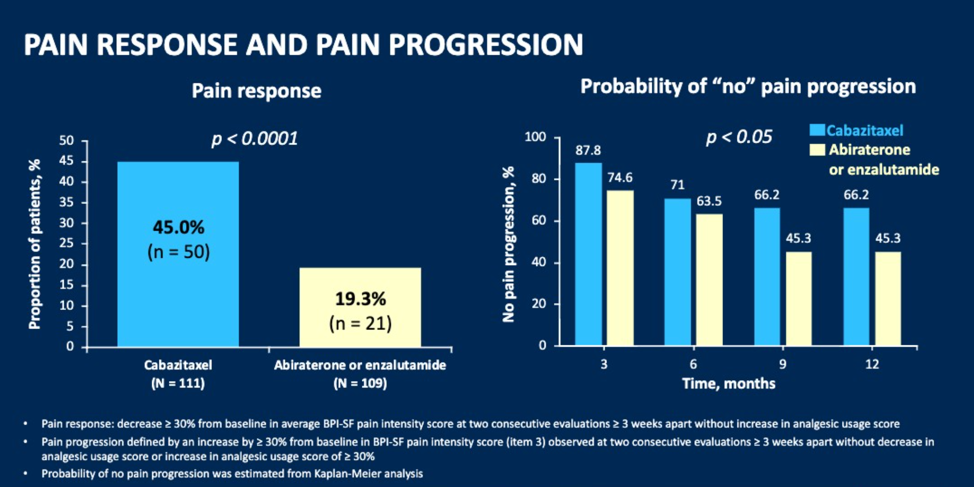 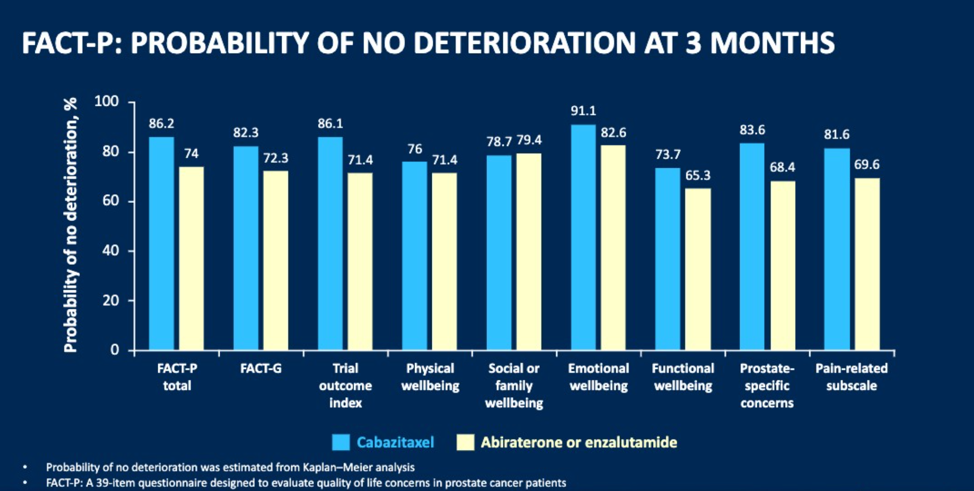 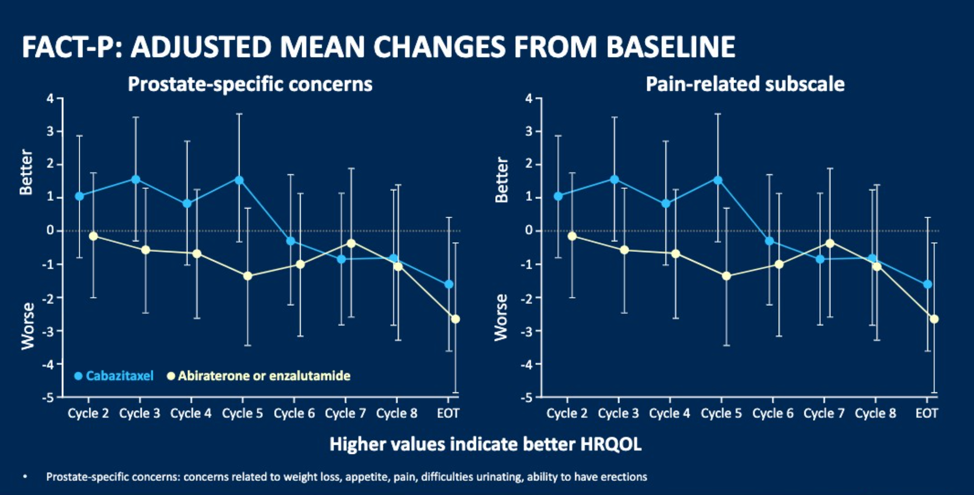 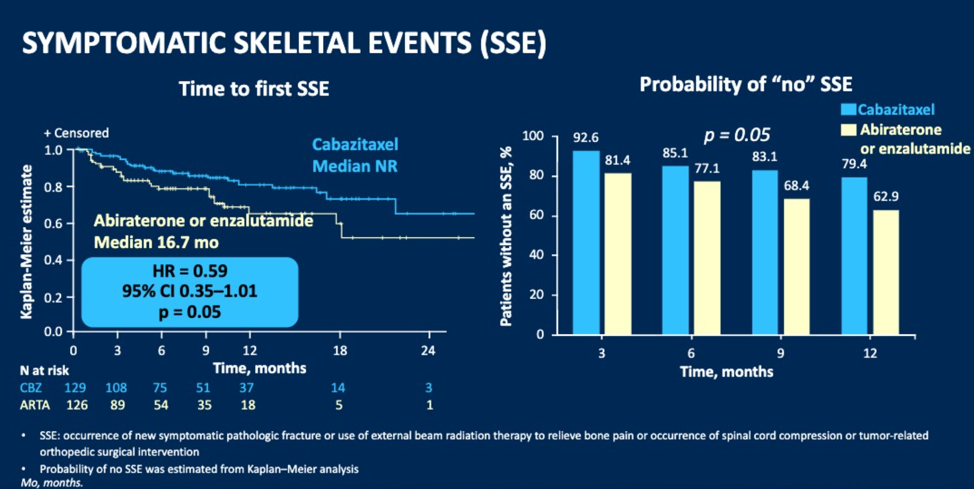 Dr. Fizazi concluded his presentation with a summary that CBZ improved pain, time to pain progression, and time to SSEs. Changes in HRQL domains numerically favored CBZ. These results support the use of CBZ over ARTA as a standard of care in patients previously treated with docetaxel and who progressed within 12 months of treatment with the alternative ARTA.

Presented by: Karim Fizazi, MD, PhD, Head of the Department of Cancer Medicine, Institut Gustave Roussy, Villejuif, France and Professor of Oncology at the University of Paris.