For this study, 197 upper tract urothelial carcinoma patients were enrolled who received a laparoscopic radical nephroureterectomy at Chiba University Hospital and Yokohama Rosai Hospital between 2001 and 2019. The association between the various clinical factors and postoperative recurrence rates within two years were assessed. Intravesical irrigation was carried out only during surgery and by using distilled water or saline. The design for this study is as follows: 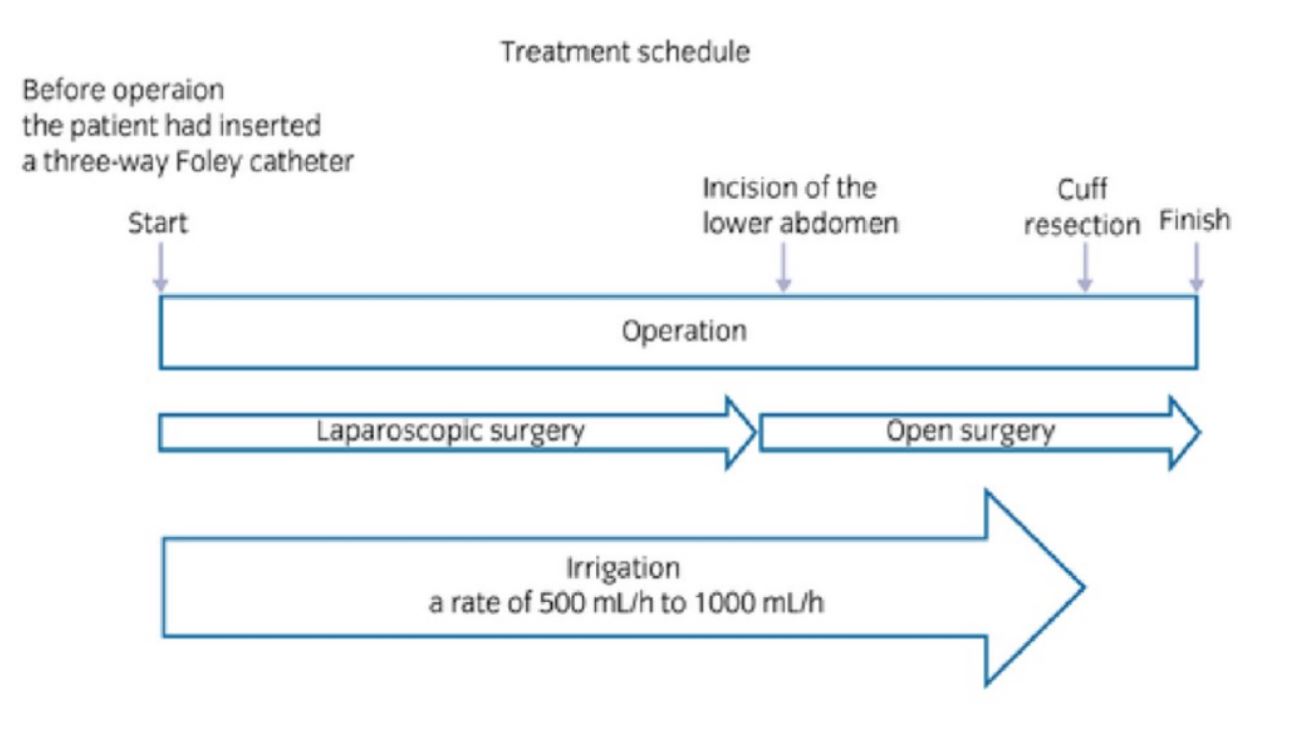 The anchoring of minute cancer cells during the perioperative period (seeding theory) have been reported as a cause of bladder carcinoma recurrence after nephroureterectomy; these recurrences may be prevented by eliminating the cancer cells that are floating in the bladder during the perioperative period. The effectiveness of postoperative intravesical instillation of chemotherapy to prevent bladder carcinoma recurrence has also been reported. Dr. Tamura concluded that intravesical irrigation with water or saline prevented early bladder recurrence in patients undergoing radical nephroureterectomy for upper tract urothelial carcinoma.