San Francisco, CA (UroToday.com The optimal management of advanced non-clear cell renal cell carcinoma (RCC) remains an ongoing challenge. Most of the major therapy changes in RCC in recent years have stemmed from large randomized clinical trials of advanced clear cell RCC, where combination checkpoint inhibitor (CPI) and CPI/targeted therapy approached are now firmly established in the first-line. Indeed, much of our knowledge of the treatment of non-clear cell disease is extrapolated from data in the clear cell RCC space (such as VEGF tyrosine kinase inhibition or CPI). Papillary RCC, one of the major non-clear cell subtypes, is known to harbor unique genomic features – namely MET alterations. On behalf  of first author Cristina Suarez Rodriguez, MD, Thomas Powles, MBBS, presented the results of the papillary RCC arm of CALYPSO, a study of durvalumab plus savolitinib in metastatic RCC.

In total, 41 patients were enrolled and received treatment and the results presented by Dr Powles was after a cohort median follow-up of 14.3 months. Median age of patients was 62 years, with 29%, 62% and 7% categorized as good, intermediate and poor risk per IMD criteria, respectively. 85% had prior nephrectomy and 66% had not received any prior systemic anti-cancer therapy. 24% had received one previous line of therapy.

With respect to the primary endpoint, 11 (27%) patients had a confirmed objective response to therapy. The response rates in PD-L1+ and MET+ subgroups were 25% and 40%, respectively. In treatment-naïve patients, a 33% response rate was observed. In total, there was evidence of radiological response in 14/38 (36.8%) patients. 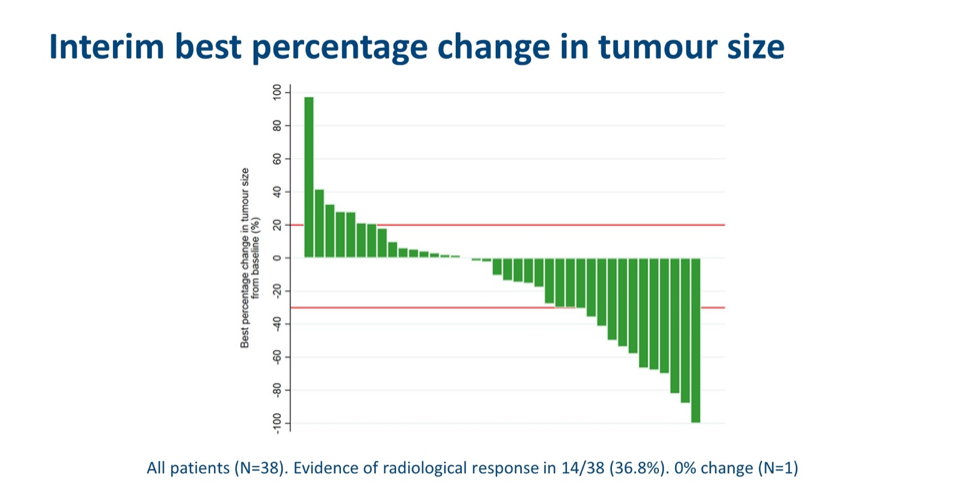 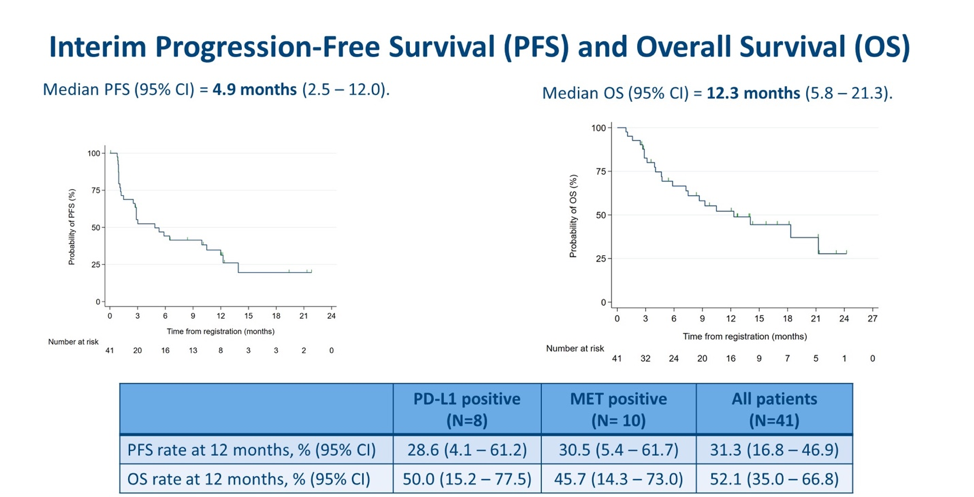 Several durable responses greater than 6-9 months were observed and notably, were seen in PD-L1+, MET+ and PD-L1-/MET- subgroups, suggesting these do not appear to be discriminatory biomarkers with respect to durable response, as with progression and survival time.

To conclude, Dr Powles noted that CALYPSO is the first trial of CPI with MET-targeted therapy in papillary RCC and the results presented are encouraging, in particular the overall response rate, PFS and OS compared to historical studies in this patient population and stage of therapy exposure. He noted that long responses were observed in a subset of patients, however a biomarker has not been identified in this setting. Though safety data was not shown during this presentation, Dr Powles noted that tolerability remained within expectation of the combination and there are plans to extend the study to further explore his promising combination treatment for papillary RCC.