There is a multitude of molecular subtypes of high-grade muscle-invasive bladder cancer. There has been an effort to try and see if these molecular subtypes can be used as prognostic biomarkers. Studies from various institutions have shown that basal subtype consistently correlates with poor prognosis (Figure 1). Without neoadjuvant chemotherapy, basal subtype has a bad prognosis. Additionally, there is data showing that luminal papillary tumors have a better prognosis (Figure 2). In contrast to the basal subtype, without neoadjuvant chemotherapy luminal subtype has a good prognosis. 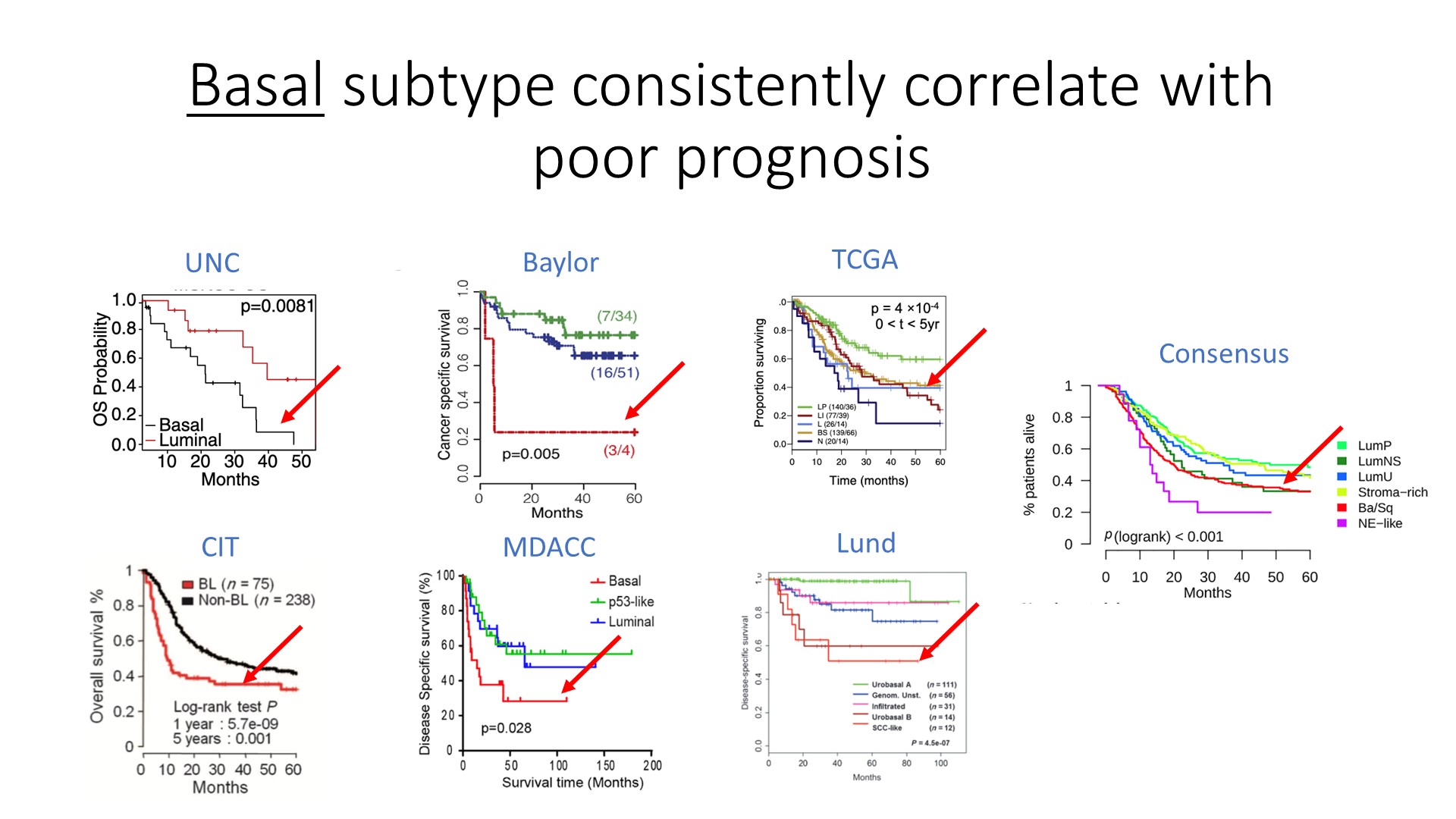 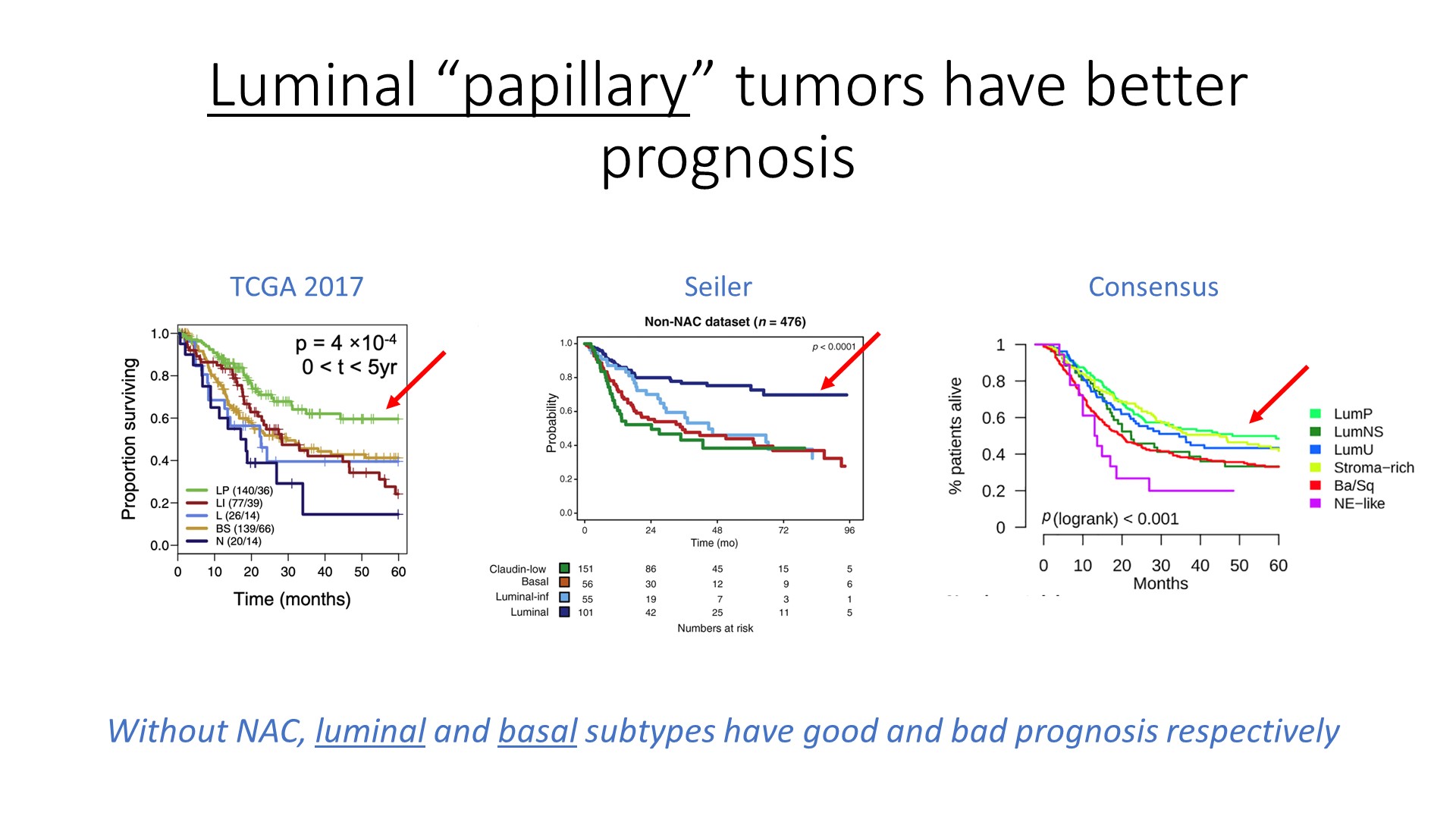 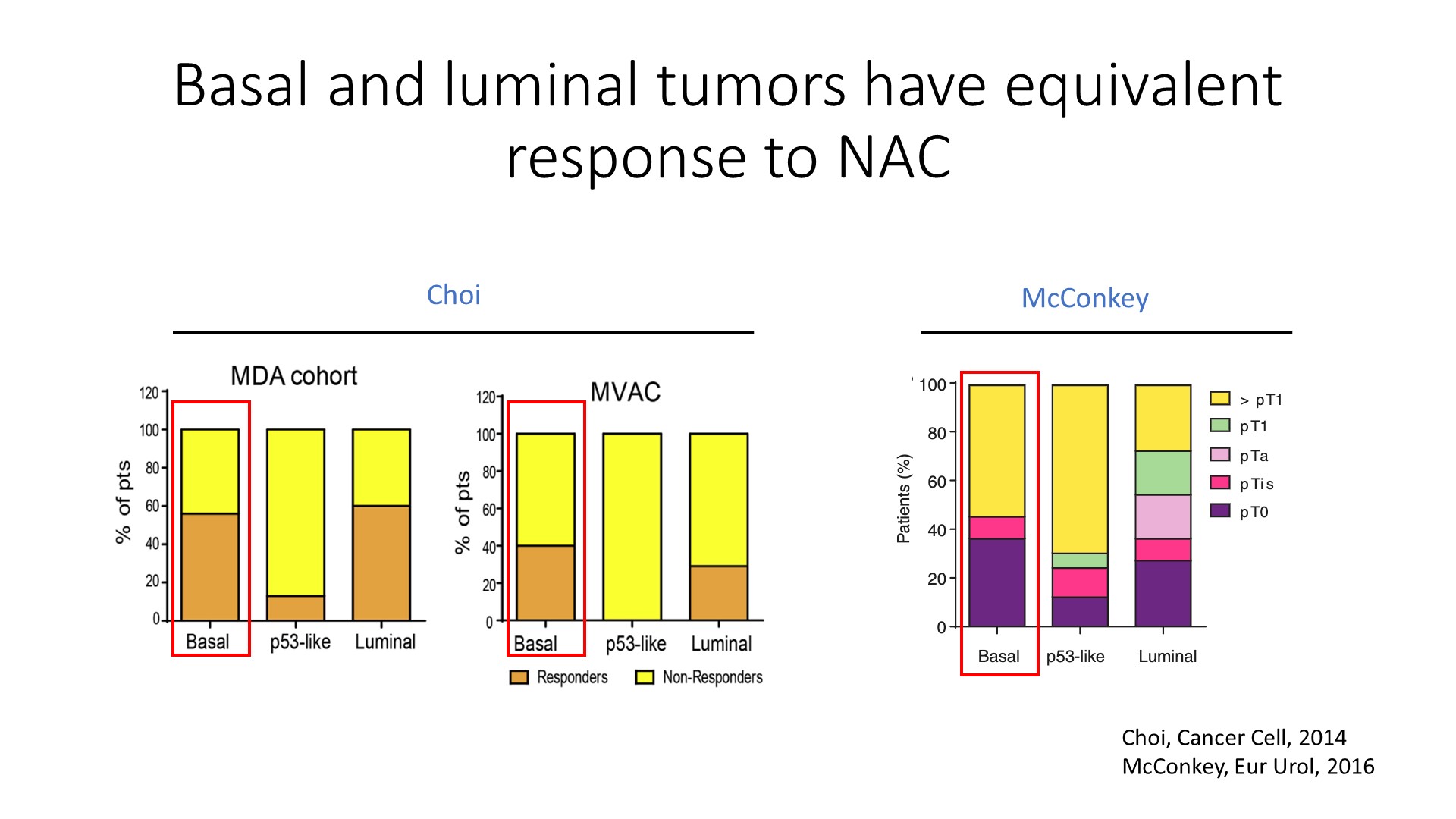 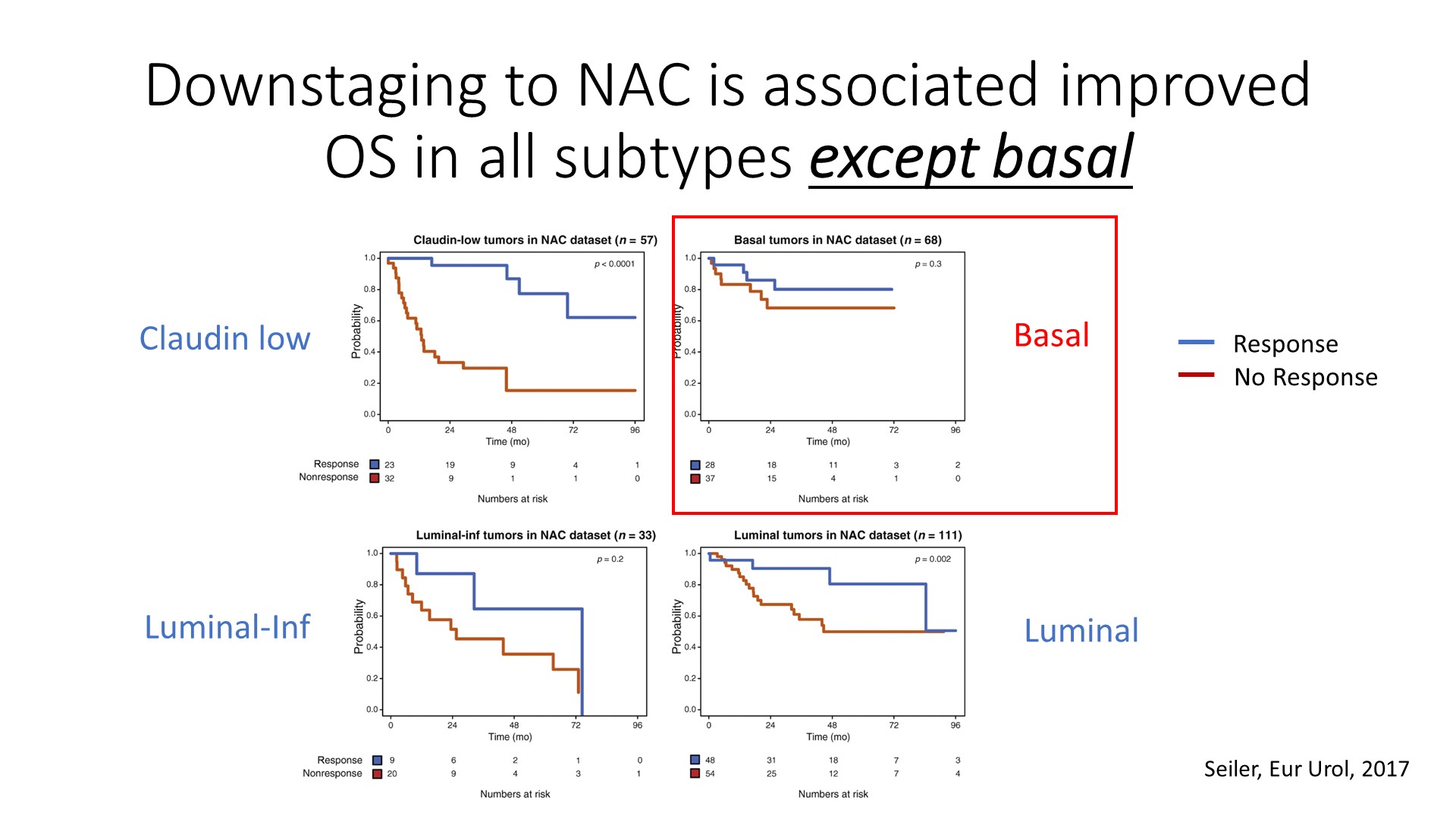 Figure 4. Downstaging to neoadjuvant chemotherapy is associate with improved overall survival in all subtypes except basal

It is important to understand that although basal tumors are not downstaged by neoadjuvant chemotherapy, they do have improved survival. This could be explained by the idea that basal urothelial carcinoma could be associated with improved survival after neoadjuvant chemotherapy regardless of downstaging. Possible explanations include the fact that basal bladder tumor actually has higher clinical stage than appreciated (i.e. they actually do have higher downstaging rate). Alternatively, basal tumors may have a dichotomy in the response of primary vs. metastatic sites, where primary tumors may be chemorefractory while metastases may be chemosensitive.